In the end they all just ripped off Metropolis, didn´t they?

Sure! But I was also factoring in the look of the cityscape!

Btw, there’s a (later than Incal probably) Valerian & Laureline comic that has a much more direct Fifth Element look to it. With that kind of city + flying cars & all.

But since Luc Besson is obviously the bigger fan of Valerian that certainly made have been a more concious influence and Moebius was just the one he was able to get on his team.

I wonder what Dave Gibbons was influenced by when he did Beneath A Steel Sky. I don´t think I ever read about any visual references he had for the design of that game. A comic version of BASS certainly wouldn´t look out of place at all within the pages of Metal Hurlant for sure!

Would have loved a BASS2 in same pixel art style as the original one, but if it sells better that way… main thing for me is a great story.

That is really good indeed, had some lol jokes for me! And as much as I would have loved them to go with the old style as well, that very cool hacking feature wouldn´t have worked in a 2D evnvironment. So for once it really did benefit their gameplay innovations, and that is something.

It’s one of the later ones from the '80s or early '90s iirc. I don’t own them but I’ll check up on the specific title.

Les cercles du pouvoir from '94. The Wikipedia article says a lot of stuff I didn’t know.

The Circles of Power

The Circles of Power is volume fifteen in the French comic book science fiction series Valérian and Laureline created by writer Pierre Christin and artist Jean-Claude Mézières. Valérian and Laureline have brought their crippled astroship to a repair yard on the planet Rubanis. They are quoted a price of seven hundred thousand bloutoks for the repairs but have no money. They are approached by the three Shingouz who advise them to visit Colonel T'loc, the chief of police, who has a job for them....

This album was a major influence on the 1997 Luc Besson film The Fifth Element . Jean-Claude Mézières was contracted in 1991 to provide concept art for the film. He produced concepts for the futuristic New York, with its flying cars, as well as the Fhloston Paradise space-liner. When the production on the film was suspended in 1993, Besson turned to making the film Léon and Mézières returned to Valérian where he reworked several of the concepts he had been working on into The Circles of Power — most notably the flying taxi cabs. When the album was finished in 1994, Mézières sent a copy to Besson who was so taken with the cab-driving character of S’Traks that he rewrote the script of The Fifth Element , changing the occupation of protagonist Korben Dallas from a worker in a rocketship factory to cab driver.[1] The film resumed production in 1996 and was released in 1997.

Quackshot on the Sega Megadrive. It features some non-lineair gameplay as you can travel around the world to find “keys” to unlock “doors” (metaphorically speaking) in any order you like. And there is even a Indy-like fly line on a world map.
The screenshot is from near the end of the game, which is pretty hard. This scene involves jumping in the air and landing on platforms that appear just as you are at your summit. Or missing them.
Whoever said pixel hunting is unfair hasn’t played (or finished) this game!
It even has mazes!

That´s really interesting especially the last part since it only recently dawned on me that the futuristic cab driver who takes in a red headed lady in distress is also very similar to the “Harry Canyon” segment of the animated movie Heavy Metal (also obviously heavily influenced by Moebius).

The ios demo I played about a year ago was fun…
and I’m a sucker for animated kitty cats:

DRM-free and Linux builds have been released! 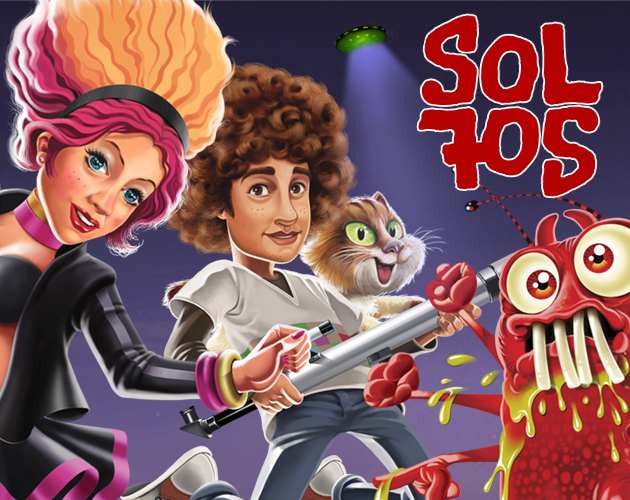 
Guard Duty has now been released on GOG too, 50% off: https://www.gog.com/game/Guard_Duty 
Willy Morgan and the Curse of Bone Town has been released on GOG and Steam! This one is phenomenal! https://postmodernadventures.itch.io/urban-witch-story

The graphics look very Sierra-like but without dead-ends and abundance of deaths, I definitely have to play it!

I don’t even know why people bother with realistic graphics at all.
Recently I tried the re-release of Mafia 1. Great graphics, but in most other aspects it’s either slightly worse or worse than the original. Imagine what you could do with all the energy spend on the graphics…

don’t even know why people bother with realistic graphics at all.

Exactly. You don’t need details in the backgrounds, because during dialogs you can zoom on the faces… The backgrounds only need to set the mood…

I definitely have to play it!

in hq4x (available via the options) it’s great

I don’t know if this is just nostalgia but what I liked about DOS-games from an era with simpler graphics (e.g. EGA) were that backgrounds often were black, especially in caves or at night. You could imagine yourself the horrors awaiting you in the darkness.
In more modern games everything is shown, no mystery, less adventure to expect etc.

Oh no no no no, stop that horror!

Wow! Will definitely check this out. Thanks for the tip!