In my time, I have attempted to create a few adventure games. I’m curious; has anyone else? 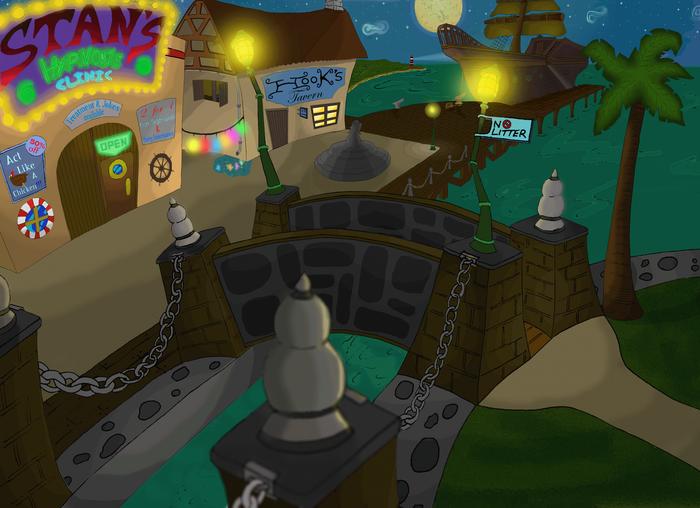 Not too proud of that. The garish colours and composition are all wrong. I would do it better these days (I made that well over a decade ago).

Much more recently, I have made a background for an adventure game which I hope to complete someday (titled ‘Redgrave’)… 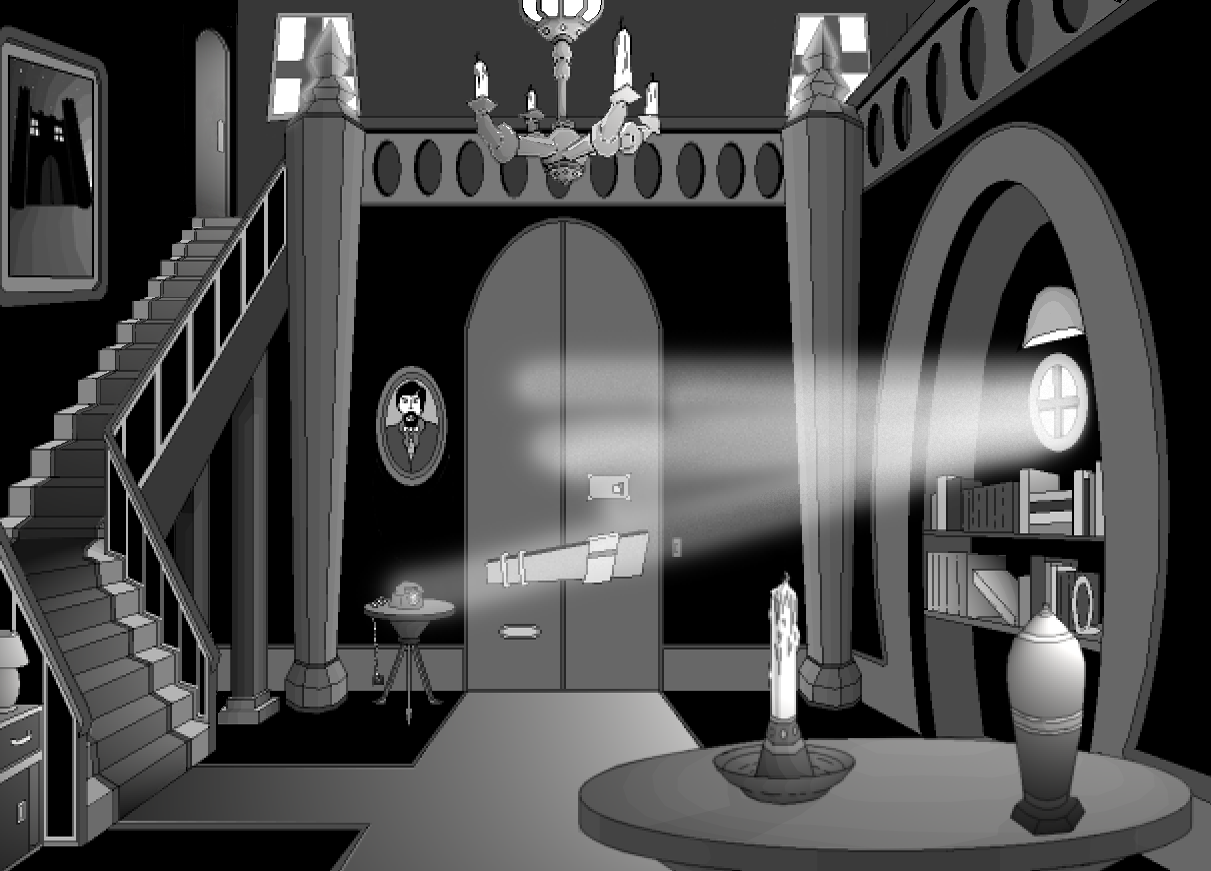 I did start making an adventure game a decade ago, titled ‘A Knight’s Journey’. Sadly, I had the most up to date version stored on a USB stick and it was in my rucksack and someone stole it from a bar I went to. Awful stuff. The only version I have left is very old (not even any puzzles and temp art) but it gives an idea of what I was working on, before some thief stole my project…

I sometimes consider what the thief thought of that game, when he/she put the USB stick in their computer. It was a lot further along than the version above. I hope the %£!* enjoyed it. Thieving *&$%!

In my time, I have attempted to create a few adventure games. I’m curious; has anyone else?

I’m kinda addicted to adventure game jams, in fact I’m preparing for AdvJam2022 which starts in less than 3 days. Meanwhile I’m also working on the full version of The Will of Arthur Flabbington, which I published as a demo for AdvXJam in November.

I’m curious; has anyone else?

Of course. But less so with graphics. Think more DOS Batch text adventure, something like this.

Never made an adventure game, but (as part of a collaborative effort) an RPG without RPG mechanics, meaning it basically is a dialogue-based adventure. No pointing & clicking, though.

I think I mentioned it elsewhere around here, but to spare you from searching:

Or if you’re on Debian/Ubuntu, just do

Mind you, that released in 2003, and it certainly looks the part

if you’re on Debian/Ubuntu

and I didn’t know.

I’ve played this game but I didn’t knew that @kaiman did it.

It really was a team effort, so I cannot really claim I did it. In fact, the credits lists about 34 individuals. Still, I am certainly proud of what we achieved

. Might also explain why I have a soft spot for games like Ara Fell or Rise of the Third Power.

If you’re curious, I’ve written a bit of a retrospective as part of the game’s manual: http://mirror.easyname.at/nongnu/adonthell/wastesedge-0.3.7-manual.pdf (starting on page 11)

) maybe it will be released this year or maybe next year, it all depends on the repair of my PC, which has recently crashed.