In turn I imagine a late 80s Kyle MacLachlan in a Zak McKracken movie now.

Zak is wondering what year this is.

I know it’s a little OT but that image reminded me of the Twin Peaks soundtrack recreated with the sound of a GameBoy (by the TWP italian translator Fabio Bortolotti aka Kenobit):

Wow, that is weird. I can’t decide if I like it or if it sounds like the speakers are broken… 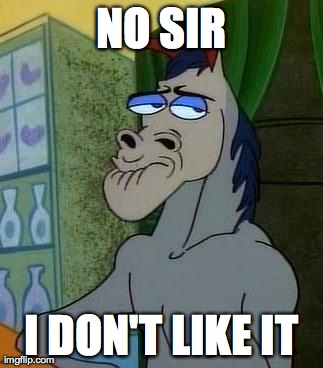 And I have one specific reason. It ruins what in my opinion is the greatest part of the melody.

Despite being a (former) musician my musical language is really not good, but I am talking about the “release” after the intial buildup that occurs at about 38 seconds into this video (just as the title comes up).

In the vocal version it´s at about 1:47 at the words “falling in love”

That´s a “magic moment” for me and it was great to be able to hear it 17 more times without having to dig up my old season boxes.

(come to think of it “release” might even be just the right word).

If Zak was going to be a movie, that would be the perfect casting.

As a premise, I have to say that, despite I like Linch and have watched some of his movies like Eraserhead or Mulholland Drive, I never watched Twin Peaks. But I knew its famous intro track.
I consider the track by Kenobit an experiment of pushing the sound of a GameBoy to the limits of its capabilities. And in my opinion he succeeded in his intent, in a way that was a surprise to me. Never heard something like that, while travelling for hours on buses with Super Mario… For sure if you compare it to the original orchestral theme… well there is no challenge!
Anyway don’t be afraid, the 8 bit Twin Peaks game is far away from being completed! Just some concept art as you can see…

It would be interesting to know which actors @David prefer.

Hah, I´ve already thought of Dan Akroyd maybe as the joking biplane pilot. Mostly because of his cameo in Temple Of Doom.

And that would have been only her second most hysterical performance.

It would be interesting to know which actors @David prefer.

That´s why I conciously didn´t name any actress for Annie because I want to leave that to him.

I actually haven’t thought about it. If this ever comes to pass (how likely would that be???), I’m sure I’ll have some suggestions. In the meantime, I love all your suggestions! A riot!