As requested in this thread, the best driving games of the late 80s/early 90s were of course (and without question):

Putting all the final touches on the physical rewards for Thimbleweed Park!
asterothe August 25, 2017, 9:19pm #2

Lotus III The Ultimate Challenge !!!
Best musical score for a driving game back then!

I played also Lotus 2 which was good, and Test Drive 2 The Duel which was more realistic and then more difficult to enjoy for me as a child.

As a main difference compared to most of the title of the era, the three games I chose are based on a realistic Physics model. While the third is funny and has an unrealistic gameplay, the first two titles are in my opinion the first two games that can deserve the title of “simulations”, and not merely of “games”.

Out Run in the C64 version…

Oh, yes! Stunts was great: You could build your own track!

Yes, that was fun. I spent half of the playtime driving, and half building tracks.

Stunts was great: You could build your own track!

Yes! Building and sharing those with friends, this was really a great aspect of the game!

This is my favourite (also it’s actually a riding game): The Cycles: International Grand Prix Racing, because: motorcycles!

I remember it! A friend of mine had it. I preferred Grand Prix Circuit at the time, since I liked cars more. I think the games shared the same graphics and the same engine.
I remember as very difficult the starts: I couldn’t help rearing up…

…do somebody remember this one?

The splitscreen to play against a friend was great…

Wow! Seeing that Indianapolis 500 is from 1989, it looks impressively good! It must have been made for high-end hardware from that time.
Grand Prix Circuit was the only racing game I used to play back in the early 90s. But, a friend of mine used to play Out Run and Super Hang-On on his Sega console. And, a friend of my father owned F1GP, which really impressed me back then.

I used to run Indy500 on a 386, which was quite high end at the time. I had VGA too, and that EGA game wasn’t a problem at all: it was fast and smooth at the maximum detail. It had a big setup section which I found very deep and realistic. No surprise if I stopped immediately playing Grand Prix Circuit for it, even if -as a european- I was very fond of Formula 1 and did know very little about Indycar.
I then played for some months Grand Prix Unlimited, by the same team of GPC. Better graphics, track builder, but disappointing game physics and realism.
F1GP was the revolution. Awesome physics, realism comparable to indy500’s, VGA graphics with a simple ground texture that made everything look much more real. And the tracks were very detailed and close to the real, for the first time.
To bad I had to run it at the minimum frame rate until 1995 when I got a 486…

When Nascar Racing was released, I had a 386, too, but it was too slow for Nascar. For this reason, I wonder why I didn’t try Indianapolis 500 back then. I guess I was just too young and too clueless. Or maybe that game was too expensive to me.
As from 1996, I often played Grand Prix 2 (successor of F1GP). Also, I eventually got Nascar Racing back then (from the developers of Indy500), which had nice physics as well, in my opinion, even though the graphics felt aged already. I also liked to play Screamer 2 (bad physics) and Sega Rally (awesome physics) back then.

If I recall well, Nascar was one of the first games adding textures for the car bodies… just as Indycar Racing. I saw it back then on a friend’s machine, but I didn’t buy it because of the high technical requirements.
I liked the graphics of it, but way less playable then F1GP, if using the keyboard as a controller.

I have the fondest memories of that game, Pit Stop II on the C64, Grand Prix 2 and Indianapolis 500: The Simulation.

Wow! Almost the same as me. I didn’t have gp2 though, I jumped from F1GP to GP4 in later times.

I found it disappointing that it’s not easy to play this kind of games today… dosbox can handle nicely up to F1GP/Indycar, but it’s difficult to load more recent games, I think.
And the appeal of replaying those games today, to me is I’d like to try them with a steering wheel, which was a dream back then. But configuring a modern controller to work with such old games can be a big issue.

The fact that I have clear memories of playing this thing makes me feel much older than I actually am:

In fact there must have been some places where this machine was still around as late as the early 90s, so this must have been where I played it, wherever that was.

You ruined my life.
Now I will not be in peace until I will have it.

You ruined my life.

Certainly not any more than my own.

Now I will not be in peace until I will have it.

Good luck, could be costly.

No problem. I’ll manage to send you the invoice through my lawyer

As requested in this thread, the best driving games of the late 80s/early 90s were of course (and without question):

I’ll go d’accord with the first two. Side note: Stunt Car Racer is by the same Geoff Crammond that made F1GP).

Now, of the Lotus series, the first part is the best in my book. I did not much like the checkpoint system of part 2, and the Elise didn’t seem as nice as the Esprit. I had high hopes for part 3, and bought it on release. But the procedurally generated tracks, while promising endless fun, did lack character and seemed all too much alike.

I played that for countless hours. The full championship in 100% mode on Ace level. I got so good at it that it got boring :-). Stayed true to the series until part 3 and never touched another F1 racing game afterwards.

I alos liked the racing sims from Papyrus, though I never really mastered any of them, Grand Prix Legends looked so gorgeous in the 3dfx version (I did have a Voodoo2 card at that time). Too bad I only managed to run the comparatively crappy DirectX version on modern hardware. 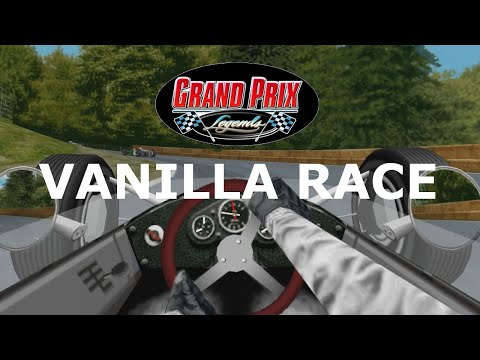 To get really nostalgic, though, the first racing game I played was Atari’s Indy 500. It’s a two-player game and tremendous fun: 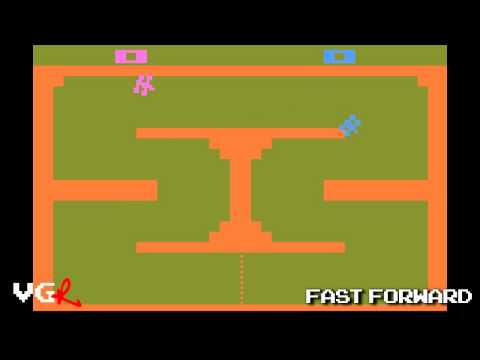 My first driving game was this:

Or, to be more precise, this one:

Back then, copyright laws in matter of videogames were not so clear in Italy apparently… you could buy at newsstands some magazines which contained tapes with copied games. They translated the game, and even changed the copyright info…
see:

Here is one of those magazines…