Anyone interested in a book about SCUMM and Lucasarts adventures?

I have the feeling someone could be interested in writing one…

The Wolf 3D game engine book is so damn good! Would people be interested in something like that about SCUMM and the Lucasarts adventures?
1 Like
LowLevel October 4, 2017, 3:32am #2

I think that I would be interested in the book about the Wolfenstein 3D engine, not because I care about that kind of games as a player but because the first 3D (and pseudo-3D) game engines used a lot of ingenious algorithms and fancy math to achieve faster performances.

I assume that the engine for a 2D adventure game would also be full of optimization tricks but not of the same kind that I’m interested in.

… but because the first 3D (and pseudo-3D) game engines used a lot of ingenious algorithms and fancy math to achieve faster performances.

In the mid-90s at least in Germany there were many books about programming these 3D games. Some of them were written by some people from the demoscene, if I remember correctly. i So I assume that there were (more) books in English too. If you are interested in, you should have a look at eBay or similar sites or second-hand bookstores (or the boxes on my attic

But indeed: It would be interesting to read which algorithms id Software used.

/edit: Whoops, there is a book about the 3D engine? Has someone a link?

There is a good chance that I already know the most important algorithms that were created by Karmack, but that book is also a good introduction to some characteristics of the x86 architecture that I’m not familiar with (I was an Amiga user back then). Here it is: 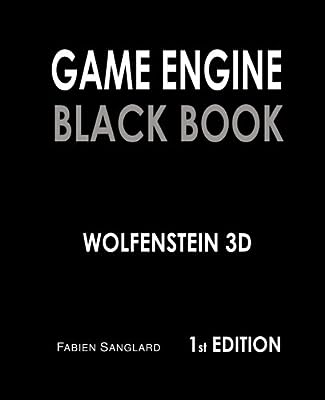 How was Wolfenstein 3D made and what were the secrets of its speed? How did id Software manage to turn a machine designed to display static images for word processing and spreadsheet applications into ...

Yes this would be really great

Maybe with a lot of technical background like architecture of the engine/games, programming hacks, …