A lot of people in this forum know @Jenn creates edible games.

She has just launched a Kickstarter campaign for a cookbook so people can make (and play) her games themselves! 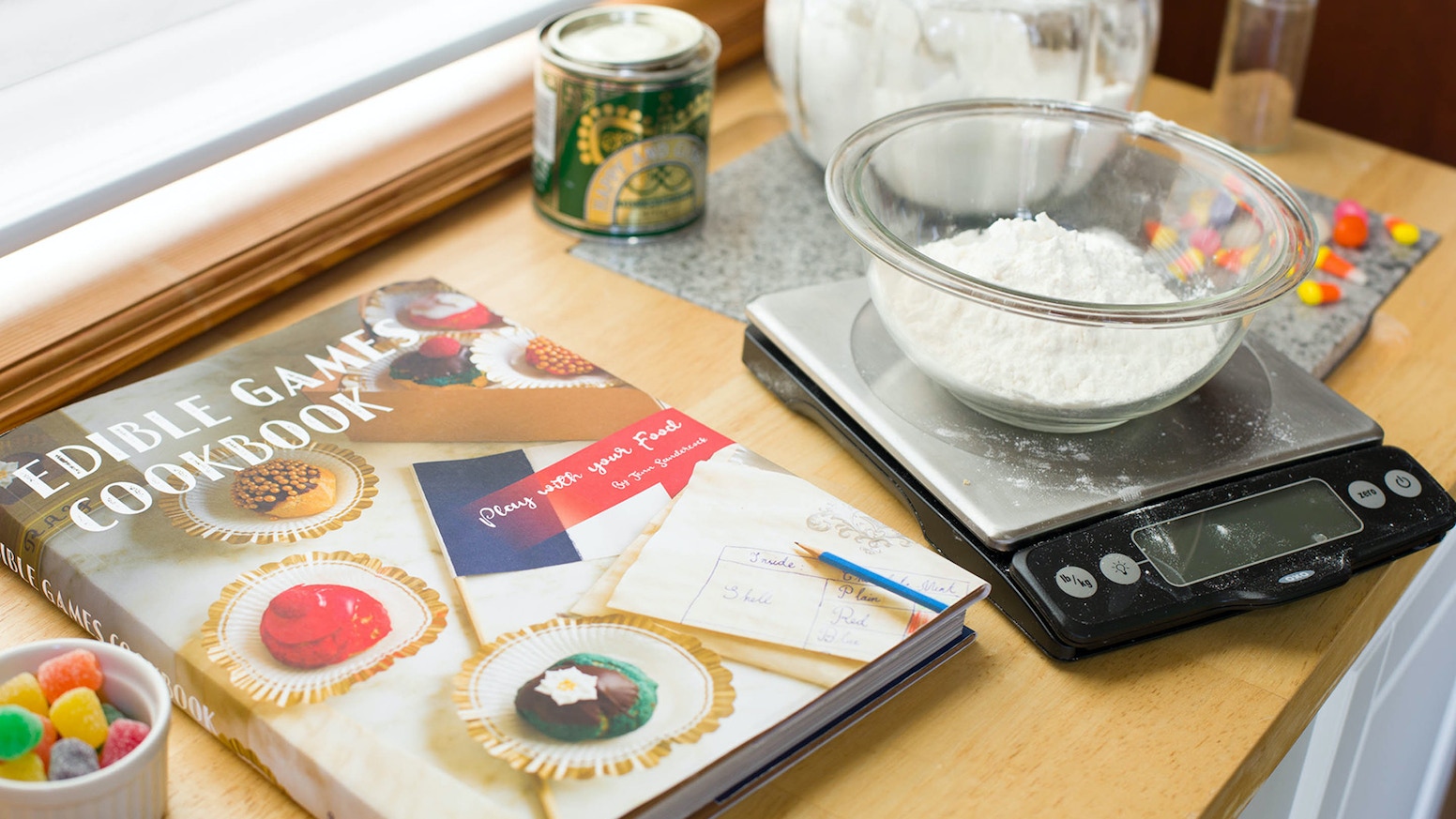 A beautiful cookbook of a dozen tabletop games you really eat!

The most important thing: Every chapter begins with stating the baking difficulty of that game

Well OK, then what about an Edible James Cook book? Is this better?

I’ve got a whole bag of shhhh! here.
Once I had a dog and his name was shhh!
Shhh!
That was a pre-emptive shhh!

To be fair, I could spoil it for you but as they say “the Simpsons already did it”.

Ow stop, why you´re trying to bite me??!

That wasn’t Kate, that was the dog named Shhh! Kate was trying to call him back!

Actually, he was thought to have been eaten. The tradition says so, but if I recall well, now the belief is that the historical truth might have been different.

I like the overall story that they were thought to be gods and then left but had to come back due to a storm which made island´s inhabitants skeptic enough to angrily kill them all(eaten or not). But even that story seems to be not entirely true.

I have the remembrance of another explorer getting married with a princess from a pacific island… and then he was eaten by her. Is that a fake memory? Maybe you can help me? Do you remember something like that?

That sounds like a mixture of the fate of crew of the Bounty and a Tales From The Crypt Episode.

I probably messed with characters.
There was a prince, who was the chief of the island of Rarotonga.
There was an explorer who discovered the island with its prince on it.
There was a wife of an explorer, but she came with the ship, and then stayed as the prince’s meal.

“How to cook Cook - The cookbook for the Cook Islands cook”

“How to cook Cook - The cookbook for the Cook Islands Cook”

How is this not in the Phatt Island library?

“How to cook Cook - The cookbook for the Cook Islands Cook”

How is this not in the Phatt Island library?

Sorry, that story is mentioned in the italian Wiki page only, and not in the English one. But I’ve found a very exhaustive description of the events here:

I’m too tired to read all of this now, but I find somehow funny that the Captain’s name was “Goodenough”, his wife’s name was “Butcher” and they were eaten in “Cook” islands.

I hope this could be of some interest for anybody.