Hello
My son will turn 3 in a few months, and in France they don’t recommend screens before that age, so he has pretty much never used a phone / Ipad / computer.
When he turns 3, I’d like to slowly introduce him to screens through adventure games. What do you recommend ? I have recently purchased Putt Putt goes to the Moon, but maybe you guys and gals have better ideas ?

My dad introduced me to computers when I was 3 and I vividly remember playing Monkey Island 2, it was one of my first games!

Based on that, I suggest MI2

My daughter was 3 when she first played Freddi Fish 4. It was the only one with Italian voice acting, so she played it all by herself without me having to read everything.

But since games with Italian voice acting are just a few, I tried with her several games - only the beginning, I don’t want to spoil them for her and I’ll wait until she’s old enough to play all by herself like I did in my time.

The problem with adventure games is that (the good ones, at least) they become broad pretty soon, and it confuses children. Freddi Fish and other Humongous games are narrower, and help them not to lose focus. In fact, my daughter LOVES Thimbleweed Park because she has clear goals from the beginning: get Boris killed, take a pic of the body, go talk to the Sheriff. As soon as she has to gather stuff for the Tron machines, she loses interest. Same with MI3, she wants me to play as soon as Elaine gets cursed. It’s too soon to start exploring, she wants to DO. Maybe I’ll try some escape the room games.

Putt-putt and Freddi Fish are the best (although at 3 years you will still have to assist, at least for saving/loading the game). Pajama Sam is for a bit older kids (7-8)
My two sons started playing Loom (even finished that), Monkey Island and Maniac Mansion and the problem with all those is that they have to be able to read (this means YOU have to read), they have to learn English (meaning YOU have to translate), they’ll get stuck on difficult or even plain puzzles and nag constantly (meaning YOU will have to spoil or give hints the whole time or help them win Insult Swordfighting).
By giving them Putt Putt or something more age appropriate, which in my case I never played myself, you spare yourself a lot of effort and give your small kids a better time. In my opinion, the Lucasarts adventures are best kept for teens, not toddlers.

Another issue is that these games are so good, they’ll want to play them regardless.
That is also the reason I am currently translating Monkey Island and Maniac Mansion

So better enjoy the time while they’re young and hide away the classics for a couple of years. They will enjoy them all the better for it!

True story: I am playing King’s quest V at the moment and given its fairytale nature, I showed it to my sons. Result: I had to restart to fill them in on the story and while it is fun to think about the puzzles together, I had to replay a large part of the game again after my 5 year old was playing unsupervised and had erased the most recent savegames while trying to restore (thanks for the insta-deaths Sierra!). It will make them appreciate the rubber tree joke in Monkey Island all the better, though!

I am playing King’s quest V at the moment and given its fairytale nature, I showed it to my sons.

You know, I never thought of trying a Sierra game with my daughter. It might be interesting to try, since I never played any of them (except for The Colonel’s Bequest) we could be solving puzzles together, while I read and translate our ideas into English sentences. Thanks for the input!

You know, I never thought of trying a Sierra game with my daughter.

Sierra had a few games for kids. For example “Mixed up Mother Goose”, the Eco Quest games, Willy Beamish or Torin’s Passage. You can still buy Willy Beamish and Torin’s Passage on Gog. Maybe Freddy Pharkas: Frontier Pharmacist and the Robin Hood series are also interesting (all links are leading to Gog).

Regarding King’s Quest I would try the later games first. They look more like a Disney cartoon and have a more simpler interface.

Just stear clear of Leisure Suit Larry, Gabriel Knight and Phantasmagoria for various reasons. Larry being the most harmless.

I also played Machinarium with my sons that way, which has the advantage of being in a universal language of bleeps and blops.

Do you think that a 3 year old is able to follow/understand the story of Gabriel Knight and/or Phantasmagoria? 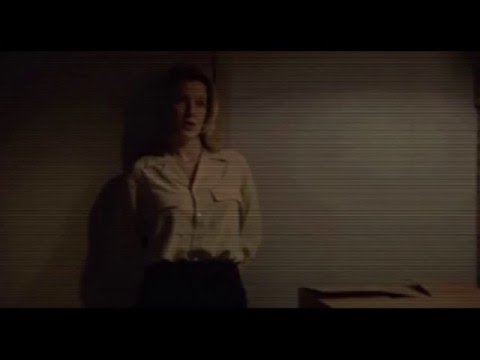 For 3 - 7 year old children I would try the Humongous ones, in the order Ron recommended them on this post:

How appropriate is Thimbleweed Park for an 8 year old?

We build the games for different age groups, the order is. Putt-Putt Freddi Fish, Pajama Sam, Spy Fox. We found that once kids hit 8 (or so), they stop playing the same game over and over. 5 or 6 year olds would play Putt-Putt everyday from beginning to end and not think anything of it. Once kids hit 8, they stopped doing that and we didn’t make adventure game for 8+ due to the scope needing to be much larger. Games like Backyard Baseball, etc, hit kids older than 8.

(as long as they are available in your language/ you are willing to translate).

I would also like to try The Manhole (from Cyan) with my children. Its available on GOG (https://www.gog.com/game/the_manhole_masterpiece_edition).

For older children there’s the Dr. Brain series from Sierra (the first one, designed by Corey Cole, could be interesting). You can read more about it here:

I agree with you, but…

Ooops. I went off-topic there! You’re right, it is more a puzzle game than an adventure game.

And The Manhole isn’t exactly an adventure game either, at least in the more traditional sense. It is a Myst-like game aimed at children.

Ooops. I went off-topic there!

No, no, I think they were good suggestions.

So Dr. Brain could be interesting for them. (But the parents have to keep in mind that this is a puzzle game.)

I saw some gameplay from Chuchel and it’s amazing, not only for kids.

Hy guys, This is so nice of you! Sorry it took me so long to get back to the forum. So Putt Putt it is, and Humongous seems like the place to be. I will check if they have something in French (although, as far as I recall, Putt Putt is quite self explanatory). If any of you can think of adventures games for toddlers translated into French, do let me know.
Wishing you all a great day.
M

I will check if they have something in French

Apart from their earlier titles, most are indeed available on Steam in French too (incl. audio)!

There is a game in French that she may love: Gobliins 2. It was made by a French company at the time so it definitely exists in French. It’s simple to play and very funny. She may like it. I think you can find it as abandonware easily.

No. It is not abandonware, you can get it on gog (seems to be English only)

You can change the text to French in the .ini file, but then again I don’t think a 3 year old can read the text (in either language)

There is a game in French that she may love: Gobliins 2

Next, I strongly suggest Woodruff And The Schnibble of Azimuth, AKA Gobliiins 3!!