It is my understanding that Grim Fandango Remastered did quite well, but I have no sale figures. I think that there are still enough interested people and potential buyers to justify the development of an adventure game. Not much, but enough.

It’s just not enough money to turn around and immediately do another one.

At my first read of this sentence, I didn’t see “just not”. For me it read like “It’s enough money to turn around and immediately do another one.” And my hurt was jumping for excitement.

How about a guerrilla street art campaign?

Word-of-mouth on TWP is very good, it didn’t blow the doors off on launch, but I suspect it will have a very long life. The game is in the top 5% of Steam games released last month. We’re only disappointed that it didn’t exceed our expectations, but it did matched our expectations. It’s just not enough money to turn around and immediately do another one.

I’m very sorry and disappointed to hear that. On my side, I’ve done my part: I’ve spread the word to my family and friends. I know of at least two colleagues who were interested enough to check out the site (although I’m not sure if they purchased the game). I will continue doing what I can to spread the joy around.

I will be honest, it’s hard to get them over the “retro” barrier – it all comes back to that. It’s like, I can tell them how great the game is, how funny and witty, and how much fun I had with it. Then, when they go to the site and see screenshots or a trailer, they say something like “oh, is it one of those retro games?” From then, the entire conversation changes from the merits of the game to a justification of the style and how it is just the façade and not the substance – even as they laugh to the trailer or to my re-telling of the plot and dialogs.

It’s a shame, really, and unfair. It’s like people see the pixels or the point-and-click interface and immediately lump Thimbleweed Park into the many attempts at just hijack nostalgia with little substance. People assume it is purely “fan-service” and therefore not for them. I don’t agree at all with this, I think the game has much greater mainstream appeal, if only it could break away from this image.

Anyway, I really wish it picks up. Perhaps the eventual iOS version can go viral.

How is it doing on the X-Box?

To me it’s kind of sad that a game that received such a good response from critics didn’t sell more. I mean really there aren’t at least 200,000 people who love adventure games? Perhaps we need to come to terms with the idea that people just don’t like those games anymore, though it would be a really grim conclusion.

I think it’s a perception problem, not an actual lack of appeal. Like Mr. Gilbert said, perhaps with a few briefcases of cash for marketing it would do differently, but who’s got that kind of dough?

Here’s an idea, Mr. Gilbert: Kickstart a campaign to raise funds for marketing your game. Perhaps the same fans who paid for the game would also chip in to fund its advertising in equal measure. After all, we want you to continue making games.

I could make a commercial spot and broadcast it through the cinema, before the beginning of each movie. For free, of course!
The audience is about 150-200 people per show, mostly from little towns near mine, in a radius of 10-15 km.
It’s a drop in an ocean, but better than nothing.

if pixels are the problem, then on android and IOS they will sell a lot. the screen is small, so pixels will not be a problem.

Actually on big screens, there is a problem with big unantialiased pixels… I still think that bilinear filtering should be activated, but only on big screens. (I don’t know if there’s a way to detect the actual pixel size in inches)

if verbs are the problem, then we are screwed. Because I don’t see how you could do good puzzles without distinguishing at least between use, pickup and push and open.

if verbs are the problem, then we are screwed. Because I don’t see how you could do good puzzles without distinguishing at least between use, pickup and push and open.

I don’t think the pixel-art style and the verb interface is a problem. It’s more that some people see that and immediately think “oh, crappy adventure game from the 1990s, ho-hum. Pass!” without even seeing beyond that. Or worse, they may think “I never played adventure games before, so it’s not for me.”

There’s been a huge push from many developers in trying to cash-in on nostalgia fueled properties, most of them being vapid rehashes of crappy games, purely as fan service or for hard-core audiences. It’s hard (at least to me) to convince my mates that Thimbleweed Park is not one of those.

One way would be to play the game or see it in action, which means more advertising, which means lots and lots of money.

How about a guerrilla street art campaign?

While Thimbleweed Park is a perfect blend of everything that appeals to me (nostalgia, attractive artwork, clever puzzles, great story…) I do think it’s a bit of a niche game. Most people I know who played it do so for the nostalgia factor. If people didn’t play those types of games in the 90s or are just unaware of them, I’m not sure how interested they’d be in a game like this. I’m not sure they’d ‘get’ it.

If you take the nostalgia factor away, it’s just a quirky, unusual game. Again, that would still appeal to me, but not everyone.

As others have said, marketing might’ve helped with those ‘problems’. But it’s expensive, and it depends what the aim of making the game is. I like think it’s not all about money.

It’s a shame, but I also really like that it’s a bit of a cult following. Who wants to be one of millions playing CoD

One possibility may be to look at media outlets that target people who are likely to overlap the TWP demographics, have a larg-ish audience and are sympathetic to indie games.
The Skeptics Guide to the Universe comes to mind. Maybe @RonGilbert would be an interesting interview partner to talk about how computer games can teach critical thinking skills?
I am just guessing of course, but I expect a large part of the skeptics and science community would be into games like TWP. 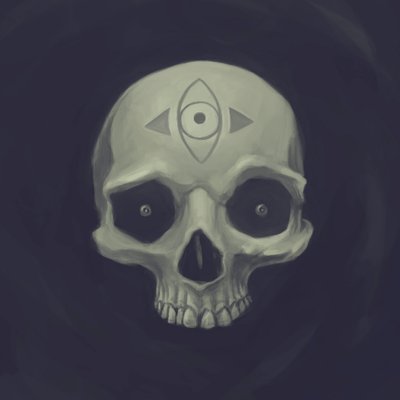 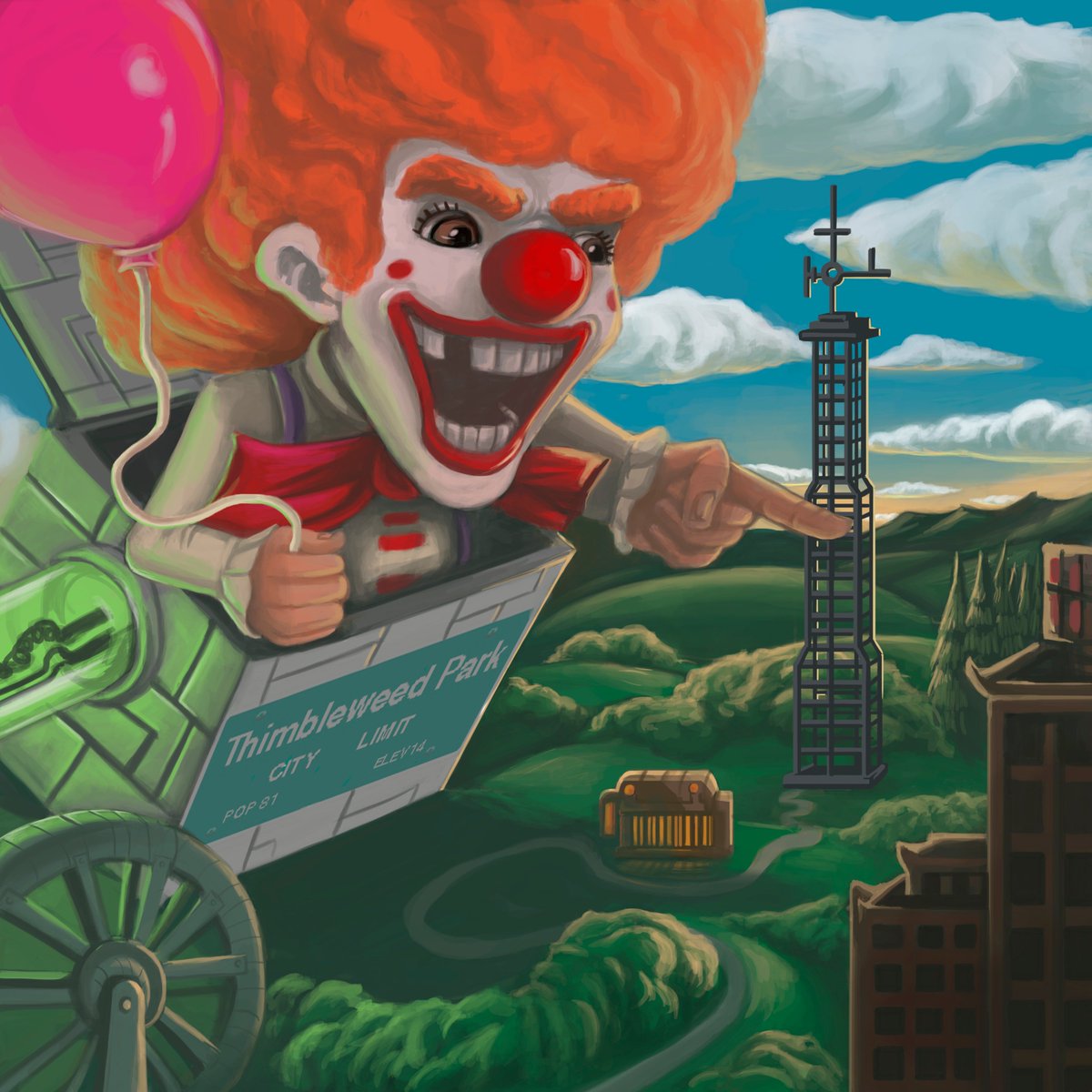 That sure would draw attention!

I have a faint memory of seeing posters of Monkey Island 2 on several locations back in 91/92 but I have no idea, if I´m not imagining things, because I´m not sure if promotional posters where ever hung for that game.

If you get a port for the Raspberry Pi working, it might be a feature, because there is a large community interested in playing classic games on the Pi, probably more passionate than the audience for the upcoming mobile ports.
But, you should not offer an RPi port as a low-cost DLC! I’m not sure how to publish a game for the RPi, but such a port might be worth an extra purchase. Personally, I would gladly pay for it, in order to support you!

If you get a port for the Raspberry Pi working, it might be a feature, because there is a large community interested in playing classic games on the Pi,

That’s a very good point - we use ours for that. Would have to really get the word out though as not sure how many of them would be aware. I think some people asked for it on the Pi at the start but might’ve lost interest since.

how about releasing a short free demo for the game similar to the one you showed off at game events etc, personally i have bought games i wasnt at first convinced of but bought after played the demo ?
although im guessing will probably cost a lot of money and not as easy as it sounds.

I found this from Ron’s interview with BBC in 2013:

“When Monkey Island came out, it didn’t do very well,” says Ron Gilbert, Monkey Island co-creator and former LucasArts employee.
“It wasn’t a huge seller, it didn’t get incredibly good reviews. It has just been through the years that the game has attracted this big following.”

I’d just expect that anybody who played MI & MI2 and still plays games would buy TWP.

I still think that bilinear filtering should be activated, but only on big screens

This looks like crap. I tried. Your screen looks blurry (and a bad blurry), not like it used to look on a big CRT.

Follow me a second… the mechanism that is an obstacle to visibility could be this: 1) silly reviewers see the verbs onscreen and immediately think “retro game”, and review the game as such. 2). Silly players see the verbs and are instantly alienated, and don’t give the game a chance.

But if this is the mechanism (and there is a good chance), then you can still fix it! you could program a coin UI and put it as default. Like you did with the “annoying in-jokes” option.

Think about it: those who liked the verbs have likely already played the game. Now you need to reach the others.

In the coin UI, you could maybe differentiate between pick up, push and use, in order not to lose puzzles. This would leave gameplay unchanged. (open would converge into “use”). the inv would stay on screen.

we could then also contact major reviews to make them change the review.

What do you think? could it be that instead of increasing visibility we need to focus on removing this obstacle to visibility?