Hi there, I’m a member of a few adventure game groups, and one common topic of conversation is “what’s the worst puzzle?”. The MI2 waterfall/monkey wrench puzzle always makes an appearance

I know this puzzle has been mentioned several times here, and by now everyone just remembers the thing fondly, but I would love it if @RonGilbert could finally publicly address it

I’ve heard a rumour that MI2 was originally planned to include a “Normal” mode that would have sat alongside the “Easy” and “Hard” modes the game shipped with. I don’t know if there’s any truth to that, but it would certainly make the monkey wrench puzzle fit better if it was a “Hard” mode puzzle.

There’s also a rumour that the German translator begged Ron to change the puzzle, as it was impossible to make sense of in German. Ron apparently stuck to his guns.

It’s interesting to dissect the puzzle because it seems to break Ron’s rules of adventure games on several levels.

So the player isn’t even aware a lock exists. And if they did, there’s no clue that a key needs to be constructed. It’s true that the “key before lock” problem is unlikely to arise, but that’s small consolation for not knowing the lock even exists

How does Ron feel about this now? Was it a mistake? Is he happy with that design choice? Was there really a “normal” mode planned?

I am 100% sure Ron did comment on this on https://blog.thimbleweedpark.com/ or in one of the podcasts over there. I just don’t remember which one.
Probably in one where @David was doing a mea culpa over the mazes.

Then @Nor_Treblig should have some links handy.

While waiting on @Nor_Treblig, I’ll just wax on a bit about how it’s not a difficult puzzle.

To begin with, the player isn’t even aware that they need to turn the bolt in the pump. There’s no indication that there would be any reward for doing so. (The pump may have existed to help with something later in the story, or with another item, for example.)

It could be a red herring, but its very being there is screaming for it. While it could perhaps be (too) easy to miss or forget about, I don’t think we should act as if players would suddenly suffer from acute genre blindness after playing an adventure game for quite a large number of hours already. That whole jungle nonsense is significantly harder & much more annoying imho.

This is the only weak point really. I hypnotized the monkey because it was an obvious thing to do, but without a clear goal in mind. Only afterward did the goal become apparent. But that’s par for the course.

Compare the footprint puzzle in TWP. Container + liquid is an obvious combination, a use will present itself eventually. I doubt I’d have (easily) thought of the solution reasoning the other way around even if that technically makes for one logical chain.

There’s no clue to as to why a hypnotised monkey could be used in place of a wrench, other than thinking afterwards, “Oh! A monkey wrench!”

It looks like a wrench. I didn’t know the expression “monkey wrench” back around 2000, and I probably still didn’t for at least another five years. Maybe there’s a generational divide between me and people who were already used to the text-only items of MM/Zak/Secret or something.

My wife who knows the expression immediately thought of it. As in here’s a thing that needs a wrench and there’s a monkey, obviously we need to try turning the monkey into a wrench.

It could be a red herring, but its very being there is screaming for it.

It actually could legitimately be there for foreshadowing (not that you’d know it at the time), like the tunnel it lead to.

As in here’s a thing that needs a wrench and there’s a monkey, obviously we need to try turning the monkey into a wrench.

(Not true of humans who are hypnotised in real life.)

It was obvious to my wife.

I’d barely even started thinking about that valve thing when we played it.

Then @Nor_Treblig should have some links handy.

There’s nothing in the game that tells the player that monkeys can be hypnotised.

I hypnotized the monkey because it was an obvious thing to do, but without a clear goal in mind.

Exactly. You have a monkey, you have a banana. You combine it. It works like this in every game and especially a Monkey Island game.
That the monkey turns out to be frozen/hypnotised may be unexpected but we can deal with it.

They can’t in real life.

It’s a monkey playing piano. I think it’s fair to assume we can apply human logic on him

(btw. I always assumed Jojo is a male name, but it could be female too…)

Or that a hypnotised monkey would become rigid.

It’s a trope used in magic tricks. I think that’s good enough to be used in games. 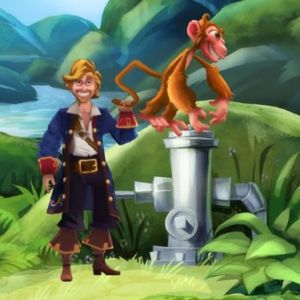 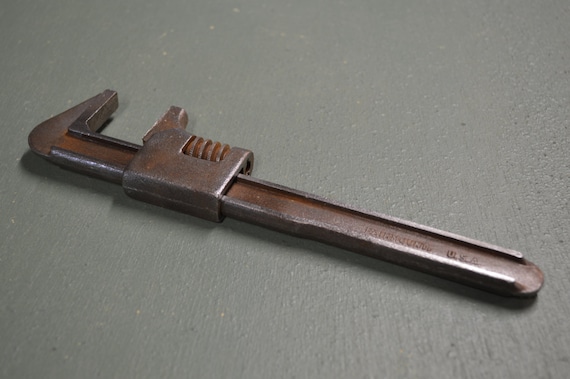 (hint: only one of those pictures resembles an actual monkey wrench.)

but we can deal with it.

(hint: only one of those pictures resembles an actual monkey wrench.)

I said it’s a monkey that looks like a wrench. A subtle but important distinction.

but we can deal with it.

Of course. And putting a hypnotised monkey in your pocket is the only sensible thing to do. Right?

I said it’s a monkey that looks like a wrench.

OK, how many wrenches do you see here:

I was a kid, I had no idea what a monkey wrench was (in fact, it’s a PARROT wrench in Italian - which is very very appropriate for a game about pirates), and I found the solution by trying everything with everything.

I don’t remember why I thought it was important to turn off the valve.

But I remember thinking “oh, maybe it’s because the monkey is a pianist so it has strong hands”.

I never hated the puzzle. There are others that I hated way more in my life. And no, I’m not talking about the Grim Fandango cat race.

I found the solution by trying everything with everything.

Same here - but in the end we had to use a solution. (But I have to add that we had the German version.)

I’m not talking about the Grim Fandango cat race.

Don’t remember me of this puzzle.

Maybe we should collect the worst puzzles in adventure games. But I’m sure there is such a list out there in several blogs…

Same here - but in the end we had to use a solution. (But I have to add that we had the German version.)

I cannot remember if I had to look up the complete puzzle, or only the part after the monkey was hypnotized. And frankly, I cannot remember where I would have looked up the solution in the first place, without internet. Must have been in some magazine …

But overall, it’s not worse than the red herring in the German version of MI1.

AFAIR it was clear that we had to modify the pump and to use the monkey, but we had no clue what and how to do with them.

Must have been in some magazine …

Yep, we had a printed(!) magazine.

There’s also a rumour that the German translator begged Ron to change the puzzle, as it was impossible to make sense of in German. Ron apparently stuck to his guns.

Translations typically start after text lock, i.e. when actual game story and dialogues are complete.
You wouldn’t want to make any complex changes after that, e.g. any changes of the original dialogue also affects all the other translations. Changing a puzzle like this also affects a lot of game logic (which then needs testing), graphical assets need to be changed (if already done) etc.

I hope Boris complained back then, it would have been justified. But I’m also not surprised there weren’t any changes.

Btw. in modern games you really want to meet your text-lock deadlines because it’s coupled with voice recordings. Regarding TWP see here:
https://blog.thimbleweedpark.com/text_lock

Maybe later, I have too much work to do

(but I’m not complaining, at least I still have a job).

Boris explained his work in this interview - unfortunately in German:

Short summary: He went for some weeks to Lucasfilm to have a look at the development. Then he got every week a snapshot of the code. For the German version he had to change the code for some rooms. The whole translation process lasted round about five month.

And: He says that he had a discussion about the ending of MI2 with Ron - but not what about that discussion was.

And in this interview (German too):

He said that Ron was stubborn (he had a “Dickkopf”) because he hadn’t integrated an alternative for the monkey wrench puzzle for him.

So I assume that he discussed the puzzle with Ron and that there was (still) a possibility to change it in some way.