Video games based on movies and vice versa

The title says it all.

Are they any good?
What are some fine examples that do not totally suck?

Indeed the 80s were filled with bad game adaptations (on C64 - were the loading screen of Ocean games was usually the highlight)
The games were typically rushed to tie-in with a cinematic release.

Noteworthy games:
Labyrinth: without it, we might have never had verb UI point & click adventure games!
Indiana Jones and the Last Crusade
Ghostbusters (Activision/David Crane) https://www.retrogamer.net/retro_games80/the-making-of-ghostbusters/

Telltale’s Back to the Future. /app/31290/Back_to_the_Future_The_Game/
It was their last true classic point and click adventure. Officially withdrawn, but still available on DVD or at key resellers, if you don’t have it already.

In the Star Wars universe, I liked the Jedi Knight series:
https://store.steampowered.com/bundle/4373/STAR_WARS_Jedi_Knight_Collection/

EDIT: Steam link to Back to the Future removed, which worked in the preview, but not when posted for some reason.

If we’re stepping outside the adventure game realm, I’d say the 90’s were a golden era. At least for Disney games. Aladdin and The Lion King were two of my favorite platformers back then. I’m sorry for kids nowadays, the only Frozen-based games they get is stupid Flash games or mindless mobile apps.

One of the games I loved/hated the most, Ghostbusters for the C64. It took me 20 years and an AVGN review to understand that there was something more to it, but it was nearly impossible to advance. But I played it almost daily anyway. Ghostbusters 2 was better, it followed the film’s plot and could be beaten, albeit not easily.

Movies based on videogames: damn if I hated Mortal Kombat. It’s a game I loved with all my heart, and I was so hyped up for the movie. What a disappointment.

Back in the day, this was considered a good game:

Back in the day, this was considered a good game:

I was thinking about that one as a good game based on a movie. At least for it’s era.
Another good C64 example:

Tomb Raider is quite good. The old one that is, not the new one.

Silent Hill was pretty decent. The follow-up was a lot worse.

Prince of Persia (2010) was a lot better than the Sands of Time game imho. This says more about my opinion of the game which I think is vastly overrated, but the movie was above average for its genre.

Postal was close to spot on.

Possibly all the Lego games are decent.

I think games like Aladdin and Lion King might be overrated because of how good they look. The gameplay ranges from repetitive and tedious to random and extremely unforgiving.

I hear Tron 2 and the Riddick game are excellent, but I’ve never played them.

Indiana Jones and the Last Crusade

There was the adventure game and the action game.

Ghostbusters 2 was better, it followed the film’s plot and could be beaten, albeit not easily.

btw: The PC version was different to the Amiga/ST/C64 version.

My reply above focused on good ones, but I’m not sure if this topic is also for the bad ones?

Like Dungeon Siege, probably my favorite game in its genre but by far the worst flick I’ve seen Jason Statham star in (called In the Name of the King: A Dungeon Siege Tale). Or Mark Wahlberg in Max Payne (but I did like Mila Kunis).

That Hitman: Agent 47 movie from a few years back was forgettable at best. Need for Speed was meh.

Ah yes! I wanted to mention that one as well. But it was though as nails. 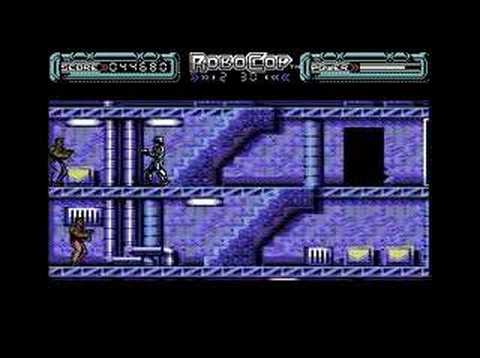 There was the adventure game and the action game.

Since the topic is to focus on the ones that are decent (or were decent for the timeperiod), I was referring to the adventure game only, obviously.

My reply above focused on good ones, but I’m not sure if this topic is also for the bad ones?

Good ones (albeit that is subjective) only!
So no E.T. on the Atari 2600 nor Mario movie

Star Trek: A Final Unity was also a very good adaptation of The Next Generation. Seems it’s currently not sold anywhere (except used), so no link. But here’s a recent review: 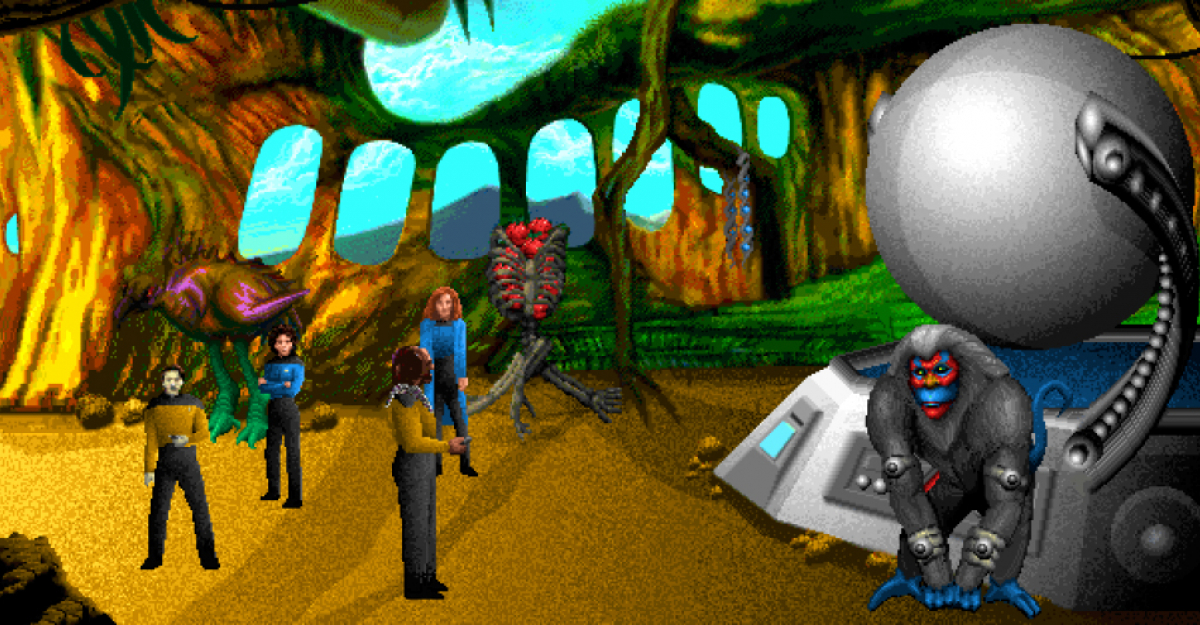 Star Trek: The Next Generation – A Final Unity review - Though it threatens to stall out early on, once it hits warp speed this 25-year-old sci-fi adventure proves faithful to its source material and provides an engaging point-and-click experience...

For some C64 games:
I liked Bruce Lee, although I’m not sure if this is movie based or just on the person. I never bothered with those.
And Popeye is also a nice platformer, which has a well done arcade port on the C64.
Also The Fall Guy wasn’t bad. On the other hand, calling it “based on” is a bit far-fetched, since the title song really is the only thing related to the TV show.

Also The Fall Guy wasn’t bad. On the other hand, calling it “based on” is a bit far-fetched, since the title song really is the only thing related to the TV show.

I think the question is if it manages to evoke a similar atmosphere or feeling. Trying to follow the original medium too closely is a recipe for disaster.

In this case I suppose you mean it’s just a generic insert genre with some sprites, if that.

I had played it, but it was way too boring.

What about part II and III? Has somebody played them?

I played 1 (I sucked at it) and 3 (I sucked at it even harder, as it was a demo of doc riding a horse and couldn’t even beat the first side scrolling part of the level)

It didn’t really follow the plot of the movie, but I thought the Goonies game for NES was good.

It was almost like an adventure game, with collecting items and wandering around the map.