Who is Chuck really

So the name Chuck has been used frequently in a few Ron games (Chuck the plant, LeChuck, Chuck E Edmond) and it has always stuck out to me especially post Thimbleweed which is where I started to think it was more than a throw away gag. Is perhaps the name is inspired by a real life person or influence in the developers lives?

This has made me look up parallels with other businessmen from the Era and when it comes to Chuck/Pillowtronics there is one company that echoes what we see in the game.

Pillowtronics is a pillow company whose head decides to repurpose into computing during the emergence of home computing. Similarly Tandy Leather company dramatically changed its direction after acquiring radio shack and developing the trs-80, the presidents name was Charles David Tandy.

Perhaps a coincidence, maybe an unidentified influence on a great story, probably nothing and just the product of a bored mind lol.

But really, who Inspired the use of Chuck repetitively? Also why does the usage evolve into antagonists? Was Chuck the Plant secretly evil as well this whole time…? maybe he works for the Voodoo Lady… Now I’m just reaching (he says as if he was not in fact reaching the entire time)

But really, who Inspired the use of Chuck repetitively?

“According to Gilbert, the LucasFilm general manager Steve Arnold, had a long running joke in which he continually requested game designers to add a character named Chuck to their game. Gilbert and Winnick were the first to humor Steve’s request in Maniac Mansion . Because the developers were unable to fit an extra character name in the game, they named an existing in-game plant.” 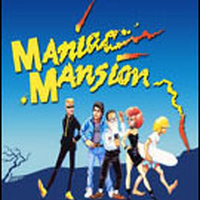 Chuck the Plant is a named plant found in the library of the Mansion. It appears as an ordinary plant but the cursor shows that it is named Chuck. Chuck reappears in the sequel Day of the Tentacle as a large, and presumably mutated, cactus. Bernard...