It is pretty well hidden for normal mortal players - only @tasse-tee could be thorough enough to find all that on her own.

Ah yes! This is a tough one. I remember that. Is there a tree to the left? Or some other object that could help you cross that incredibly wide leap of drowning substance?
(Perhaps we should split this thread in a “let’s play Limbo”?)

Also… I don’t remember any jump scares up to this point… but I might have to replay as I could be misremembering the order of things.

Is there a tree to the left?

Yes, I already climbed on a rope there using the crate previously but it looked like a dead end.

Yeah, each time you pick one up, you’ll see this score light up for a few seconds…

Oh yeah, I think I remember that but didn’t realise what it meant. I don’t think I finished the game right to the end, come to think of it…

Yes, I already climbed on a rope there using the crate previously but it looked like a dead end.

Can you push the crate further so it floats?

Can you push the crate further so it floats?

Due to the game’s terrible controls I simply hadn’t realized you could in fact swing the rope like in most games with ropes.

There is a vaguely interesting reversed gravity puzzle now.

I’m mostly playing based on sunk cost fallacy by this point, coupled with having experienced one or two promising physics puzzles that were better than the preceding slog, plus a not entirely uninteresting forced walking on a conveyor belt puzzle.

The first hour or so of the essentially bad game carries it on atmosphere alone, which is quite an achievement.

I’ll write down my final thoughts once I presumably reach that mulling woman my character probably wants to impale and devour or some such.

once I presumably reach that mulling woman my character probably wants to impale and devour or some such.

Did you even read what the game is about? Not that it gives a lot of backstory…
“Uncertain of his sister’s fate, a boy enters LIMBO…”
That’s it. No more background story…not in words at least.

I might be reading between the lines here, but I think perhaps Frenzie isn’t a fan so far

Don´t ask me, my tools broke long ago! 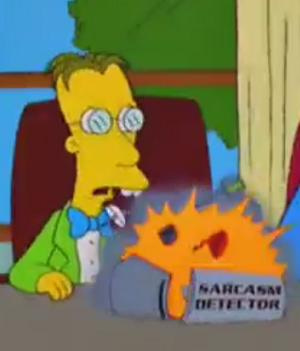 I might be reading between the lines here, but I think perhaps Frenzie isn’t a fan so far

Indeed I’m not, but note the other topic.

Okay, so the last 10 minutes or so of the game was a bunch of pretty neat gravity stuff where the trial-and-error wasn’t bothersome either. The sunk cost fallacy paid off, mostly. So time for my direct post-finishing verdict. The vast majority of the difficulty in Limbo comes from the imprecise controls coupled with timing puzzles. Most deaths are cheap. In rare circumstances you can see the puzzle or the beginnings of it, but often you have to die first to tell. It’s a par for the course trial…

Is that a course where they suck all the fun out of a game by overanalysing, similar to literature courses?

Is that a course where they suck all the fun out of a game by overanalysing, similar to literature courses?

I liked that, and then I thought, oi!

Oi, as in “oi that’s what this forum is all about”?

It was in reference to literature courses, but yeah, that’s a good point too!

Anyhoo, here are some Game Theory videos that align with my general mindset:

(If only I’d thought to make badly animated videos in the early 2010s I could have been MatPat, so to speak.)

And yes, in the parlance of the theorist community, all of our MI theories are also game theories.

PPS Limbo is obviously just the continuation of Monkey Island 2.

Guybrush’s parents died in a car(t) crash. He was unable to process the tragic event and now he’s under hypnosis therapy. LeChuck is his painful memories personified. He’s a zombie ghost pirate because these memories were previously repressed, but now they’ve come back to haunt him.

At the end of MI2, Guybrush fails to find closure in Big Whoop. We all know how that works out. Then his psychiatrist — pardon, his Psychonaut — comes up with the plan to further explore adult Guybrush’s child’s repressed anguishes. LeChuck now takes the form of a giant spider, and “Elaine,” closure over his parents’ car(t) crash is once again his final goal like in Monkey Island.

I thought it was Australian…

You seem to be shockingly little aware of the scottish origins of the members of your favourite band.