There is currently “a limited-time, limited-run opportunity to get an exclusively packaged collection of all of the Myst games - only through Kickstarter.” It’s still running: 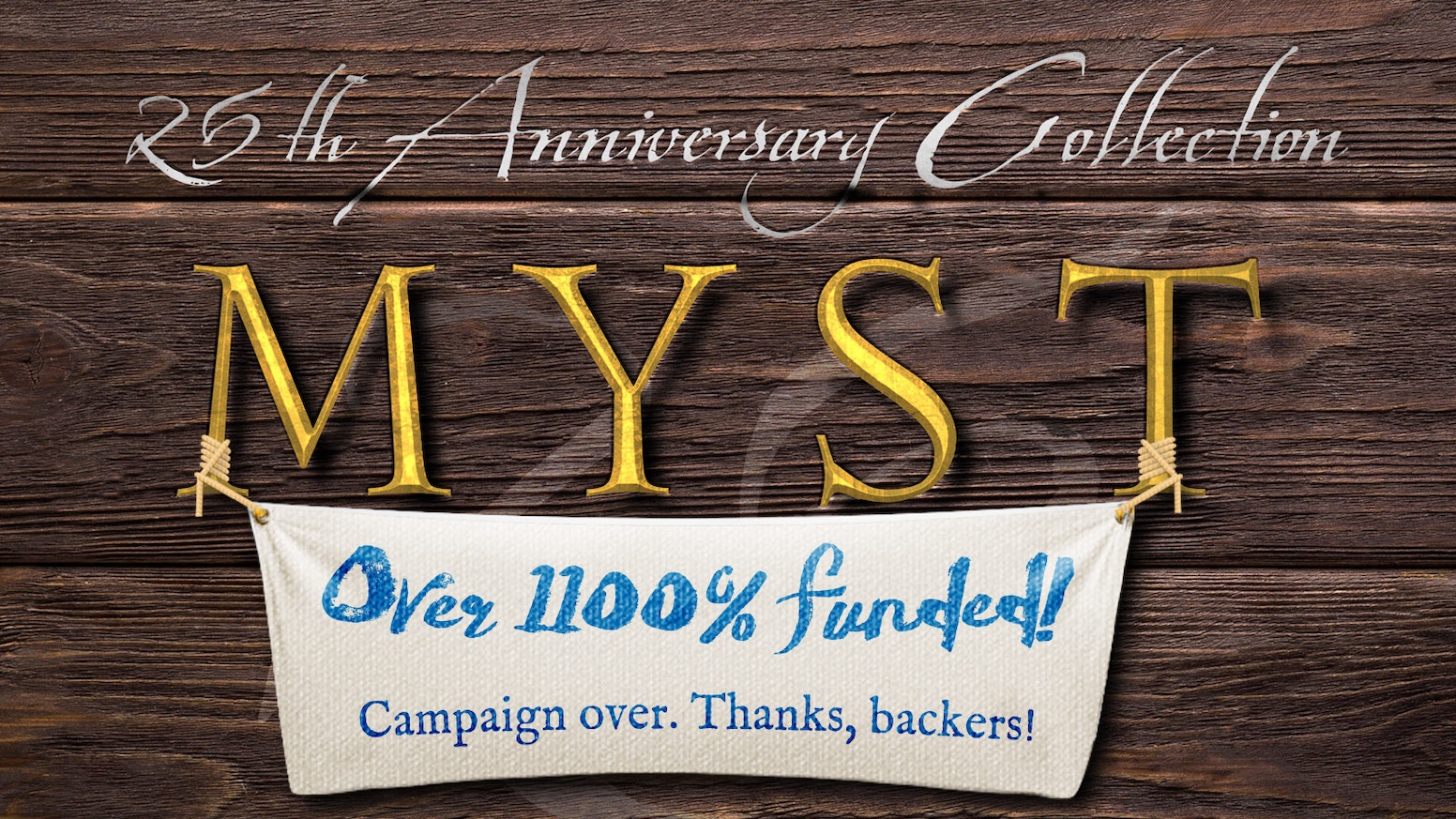 A limited-time, limited-run opportunity to get an exclusively packaged collection of all of the Myst games - only through Kickstarter.

I’v never played any of these. Are they worth playing?

If like such adventures then yes. I’ve played only the first Myst and I don’t think that I’ll play it again. The story was a little bit weird and some puzzles weren’t good (the piano music puzzle was horrible!). But there are many people out there who liked it; it was one of the most sold games ever.

I’ve starred this Kickstarter project since the first day but haven’t hat a closer look at it except my usual ‘DRM’ searches,

Do you know how this subject is handled? I’m especially asking because of what I’ve heard from the physical Obduction release.

Do you know how this subject is handled?

No, but in the Kickstarter description there is this paragraph:

This Kickstarter will provide the entire Windows collection in a special exclusive package, but the updated versions of the games will also make their way to digital download services, starting with GOG.com, as automatic updates.

So I would assume that you will get the games DRM free.

Another interesting thing mentioned in the FAQ:

If you purchased a digital version of one of the games previously though GOG.com or Steam your game will automatically be updated when the new versions are available.

Yes, but this Kickstarter seems to be especially about the physical release.

I haven’t found a definitive answer yet. Normally I wouldn’t be so concerned but after they have added a DVD-check to their Obduction DVD I’m cautious.

… but after they have added a DVD-check to their Obduction DVD I’m cautious.

I haven’t found anything information about a DVD check. But you will get the Gog versions anyway.

So it shouldn’t matter if the version on the DVD has a check?

I have the GOG versions anyway. But when I buy physical versions I want them to be properly DRM-free too.

I think I will support the Kickstarter though.
They definitely made a good job with the digital release of Obduction.

When I loaded the Kickstarter page one $1,000 tier was available, I nearly clicked on it but it was a little bit much

Myst III and IV are now available on Gog: