Puzzle-based games: have you played them?

In Narrative-based "adventurous" games: have you played them? I mentioned TIS-100 which although having some story is mainly a puzzle game.

It’s made by Zachtronics who made a whole bunch of interesting puzzle-based games:

One review says “Suspiciously close to having a job”, so beware

Who is Zachtronics / Zach Barth you are wondering?
Maybe you have heard of Infinimine?
If not then you’ve probably heard of one specfic game which was largely influenced by it: Minecraft.
Without Zach we likely wouldn’t have Minecraft today.

The best one I’ve played is Lemmings. Chu Chu Rocket also had a decent series of puzzles. I like The Room too.

The best one I’ve played is Lemmings.

Is there a specific version to recommend or do you mean the original or the whole franchise in general?

Lemmings and the expansion pack Oh No! More Lemmings. I played some Lemmings 2: The Tribes also.

I should investigate some of the other games but those were the ones I played as a kid. Some years back I played through Lemmings again and it was very satisfying to finish.

Just remembered another one…

Space Station Silicon Valley for the N64. There are ways for you to play this game if you wish to. Here’s a review.

Is there a specific version to recommend or do you mean the original or the whole franchise in general?

The original, one and only!!

The best one I’ve played is Lemmings. Chu Chu Rocket also had a decent series of puzzles. I like The Room too.

I loved The Room and The Room 2. Very superficial story, but the atmosphere and the puzzles make up for it in spades.

I loved TIS-100. It made me feel smart. I like feeling smart.

Would you consider The Witness to be a puzzle game? I certainly do, and it’s one of the best I’ve ever played. I’ve gotten some of my coworkers hooked as well (I work with a bunch of nerdy engineers, so maybe that’s why)

One review says “Suspiciously close to having a job”, so beware

Yes, I loved TIS-100 but after a while it started to feel a bit too much like solving coding algorithm challenges at work. It looked like Shenzen I/O would do so even more, so I haven’t tried it… (yet…)

Thx for the recommendations for “TIS-100” and Shenzen-I/O. Making a game with the charm of labview is very reckless. I like it.
@OctaviNavarro like someone said, you will like human resource machine. It also has a very distinctive style. But don’t try to solve all bonus levels perfectly. Chances are high that you won’t feel smart if you struggle

@Nor_Treblig Antichamber is like portal on LSD. There is basically no story or order in which you solve the puzzles. The only reward is getting past an obstacle. Sounds lame, but the crazyness of the puzzles is pretty worthwhile, and you want to explore them all.
One last recommendation, a physics-based puzzle game for the DS. Very well executed and missed by a broader audience: 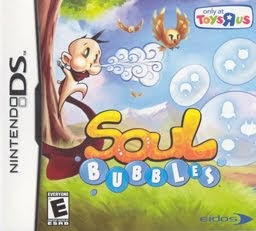 8 Bit Horse is a site dedicated to current, upcoming, and heritage 2D video games for all systems, new and old.

OMFG, i played that more than every other game on the n64. What a pity it had a gamebreaking bug, so i finally finished it years later via emulator.

In this video linked to us by Longuist, we can see an old music clip by Mouse on Mars, that uses scenes from what it looks like a beta version of the game. The major differences in this video should be: power gems & flowers look different no hud...

if Lemmings count yes it was so awesome. With my amiga i’d spend days and nights.
Another from the same times: The Incredible Machine.
Lately I played one puzzle game on steam I forgot the name but it was 3D. At home I can check my library.

I also played The Incredible Machine. It was sinful of me to not bring that game up, actually. Lemmings is a pretty pure puzzle game in my book. Yeesss it does need some nifty timing at times or you might not dig at the right time and dig the wrong way etc. but fundamentally it’s a puzzle game.

if Lemmings count yes it was so awesome.

I mainly remember it being about murder. And fireworks.

Another from the same times: The Incredible Machine.

Oh yes, The Incredible Machine was fun (and can still be purchased).

A similar game is Rube Works by the David Fox.

One of the levels that I remember best. It comes very early on, does it not? I should play it again as there is plenty of challenge in getting through all 120 levels (I think it’s that many… 30 per difficulty setting of which there are 4).

Yes, it comes early and I always made a stopper right after a drop and a second stopper right when the next Lemming turned around. Then waiting until all of them were collected in this small space…

I used to play with fire by nuking all lemmings as they were making it home. If I timed it right then I’d save a high enough percentage of lemmings to pass the level and watch a fantastic sacrificial fireworks display. Oh yes.

Another from the same times: The Incredible Machine.

Yes, I loved it, too! Recently, David Fox made a new game of that kind : “Rube Works”. It’s a game inspired by the real original Rube Goldberg machines (which The Incredible Machine took from).

I’m not sure that I understand which kind of games can be classified as “puzzle-based”, because I’ve seen that the ones that I consider puzzle-centered are sometimes labeled in a different way by other people.

Also, it seems that all the puzzle games that I played in the past had at least one pinch of story in them or they attracted me from an artistic point of view, so the games that I’m about to list are different from the one that I have seen listed in this thread, although their gameplay is still based strongly on puzzles.

Said that, I have played The Room, that from my point of view is based way more on puzzles than on the story.

Can Windosill be considered a puzzle game? I don’t know, but I’m citing it as well. I liked its surreal environment and puzzles can be considered “logical” only according to the characteristics of this surreal world.

I’ve also played the demo version of Gorogoa, that you will not find on the official website but that it’s easy to get from other sites. Gorogoa is all about puzzles, but from a strange graphical perspective. It’s one of the most original games I’ve played in the last years and I warmly suggest you to give it a try.

I have also played “casual” puzzle games, like “Cut the rope” and “Triple Town”.

From the games that you mentioned I think that I would enjoy TIS-100, assuming that it has no time limits.

1 Like
Gorogoa - worth a try?
next page →
Official Thimbleweed Park Forums powered by Discourse.