That comparison is a way to reinforce my impression that it’s either super-stylized Picassian art or EGA-constrained pixel art, with nothing between the extremes.

Someone should definitely draw the inbetweens

Yes, and make it a game!

Someone should definitely draw the inbetweens 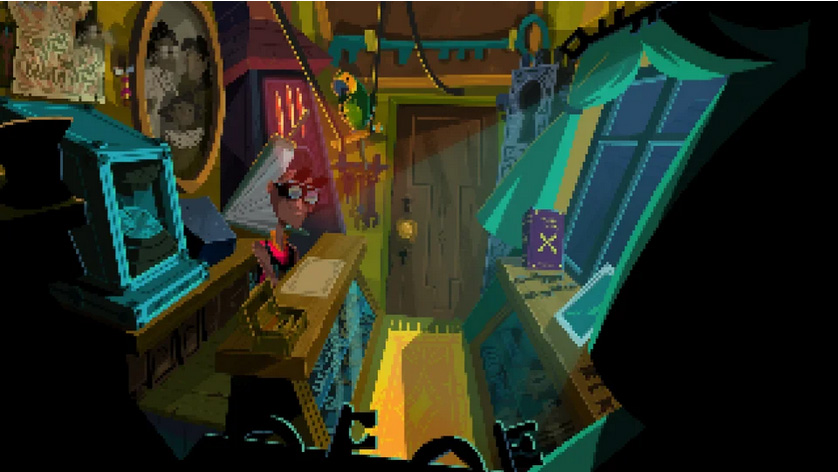 That would have captured the darker atmosphere of the first game rather well, I feel (whilst still being its own unique style and evolution).

I’d rather see the brush strokes, not the pixels…

A quick sketch of what I mean:

That would have captured the darker atmosphere of the first game rather well, I feel (whilst still being its own unique style).

Ooh, I would have loved this style.

I’m not sure that I agree. Would this painting have taken any longer for the artist to create than it took, say, Bill Tiller to create his backgrounds for The Curse of Monkey Island? A lot of the brush strokes in the painting are broad strokes (the clouds and the background areas), with most of the detail being saved for the point of focus in the foreground (the Scumm Bar). Furthermore, look at the backgrounds created for indie adventure games such as Deponia. It’s not unfeasible to use an art style such as this for a smaller game.

Besides, this was a piece of fan art and art is only as expensive as the artist making it charges. I see no reason why a style such as this couldn’t have been theoretically used in Return to Monkey Island. I don’t think the art style ultimately decided upon in the game by Ron Gilbert is one of budgetary concerns, but rather an artistic decision.

This image was my desktop wallpaper, some time ago, and I have always liked its gloomy atmosphere.

It’s one of those images that make you wonder which pirates are inside the bar, which ghost stories they are telling, how drunk they are, which music they’re playing, and so on…

I think you need to have some level of cartoony-ness, otherwise characters like Stan and his whole “Stan’s Previously Owned Vessels” shop and the Grog machine, etc. aren’t going to be as fun… same with stuff like the Hook island signs

You have certainly a point, but various rooms in MI1 and some in MI2 are quite gloomy, too. You can apply the same style also to colorful frames like the ones in Booty Island, I think the dark mood of certain rooms isn’t specifically due to the art style

I think you need to have some level of cartoony-ness, otherwise characters like Stan and his whole “Stan’s Previously Owned Vessels” shop and the Grog machine, etc. aren’t going to be as fun… same with stuff like the Hook island signs

I see your point but I would argue that the juxtaposition of a more realistically depicted world, along with comic relief and silliness would work rather well. After all, one of Ron Gilbert’s main inspirations for the tone of Monkey Island was the Pirates of the Caribbean ride. I think that the painting above does a decent job of capturing that same vibe… 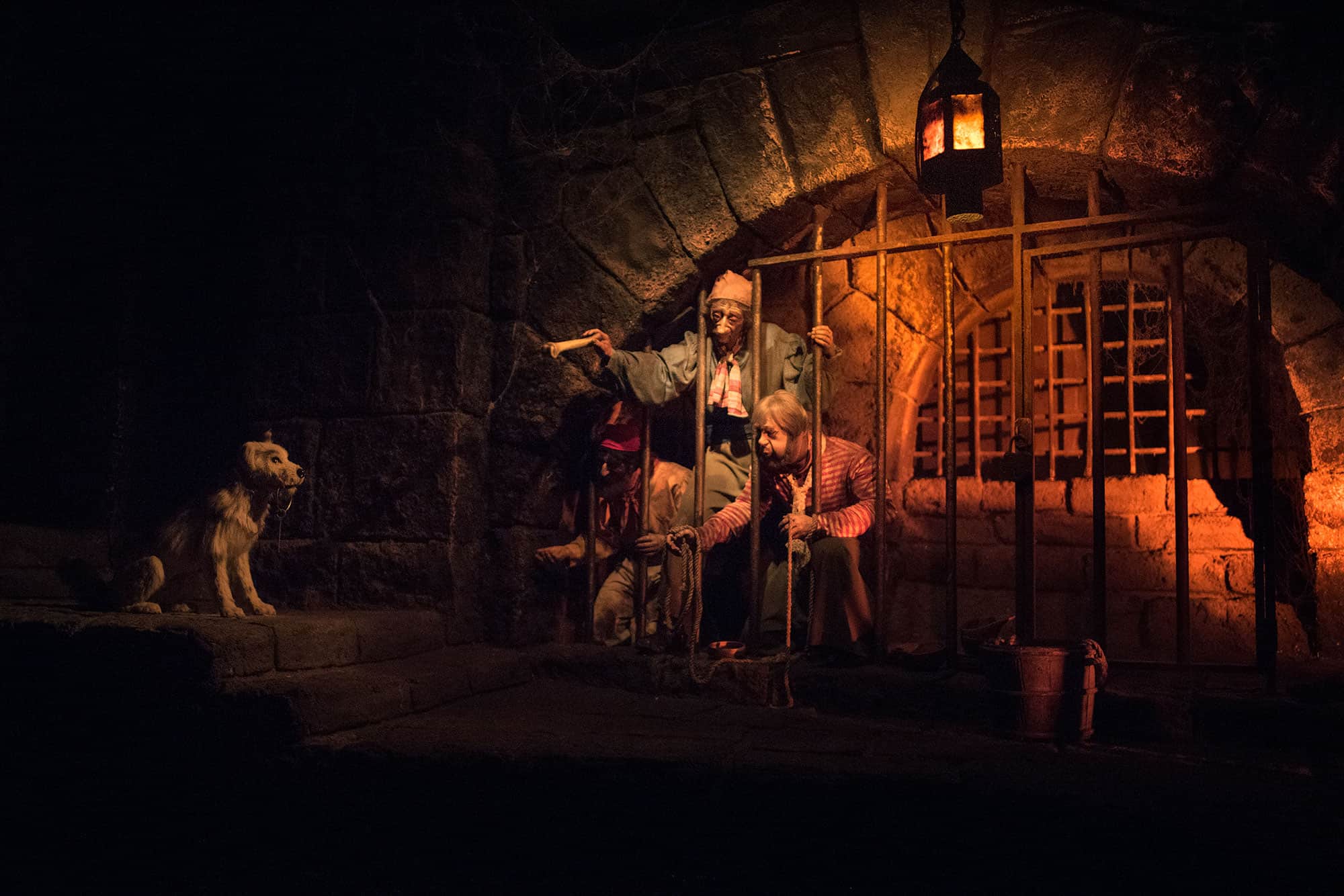 It’s also worth noting the sheer number of live action comedic movies. Just look at Ghostbusters, for example. Is the comedy in said film in any way lessened by virtue of it using real life actors and locations? I would argue that the grounded setting and aesthetic of Ghostbusters only serves to heighten the juxtaposition of the comedic elements.

Equally, would The Princess Bride have been funnier, had it been an animated movie? I very much doubt it. Quite the opposite in fact. Therefore, I remain convinced that a stylistically darker and more realistically proportioned world in a Monkey Island game could work very well indeed.

You have just convinced me that RTMI should have been an FMV game.
(not sure if that was the purpose

Yeah, it reminds me a lot of live action stuff Sierra did, like Police Quest 4 and Phantasmagoria…

You know, @St_Eddie said it better than me… but I think MI1 is magic because it starts SO gloomy. Dark streets. Dangerous mugs. Evil curses. Creepy prohecies.
Then, light-hearted humour that comes as a relief.

But, when you are starting to relax, you turn around the corner, and…

For me personally I never felt that it needed to be MORE realistic or creepy, it had the fun creepiness of some cartoons like the Mumm-Ra parts of Thundercats, etc.

For me this is good, a nice mix of gloomy/atmospheric, and cartoon -

The gloomy atmosphere in Mêlée Island is for sure something that hooked me since the very beginning of the story.

More that “creepy” I would describe it simply as “dangerous”. If you have ever walked at night in some unsafe neighborhood of a city, you’ll understand the kind of sensation that I have always felt in Mêlée .

For me and the child I was when I played MI1 & MI2 it was always a hilarious funny experience. I laughed so much playing them. There was kind of a dark atmosphere when I look at it today, but not for me as a kid. And that’s how I remember them until today. And I have played them a lot since back then.

The dark atmosphere was something that packed the funny game into a more adventurous feeling. I was an adventurer because of it. It was never something that made me think of something creepy or evil.

That’s why I go with Paul here. The picture is way to realistic and creepy for Monkey island at least for me. And that’s why I think the style they chose will fit perfectly. Considering what Ron and Dave saidin the interview and looking at the trailer, I think it’s true that the animated game will be completely different from what we get looking just at the screenshots.

It’s a personal opinion. Like everyone had their own dream MI3a in their head, everyone remembers part 1&2 different. So it would never be possible to please everyone, even if it was pixel art. The complaints would be different but not less. So I kind of understand why they make it completely different.