Sitting on my hands didn’t work, I filled the order form with my nose.

(Sigh… Here are some more characters you silly character limit)

I normally don’t like T-shirts having text (game title / company name) on them. That’s why I really like this first T-shirt design because the letters are so huge that they are subtle again

TWP is a special case for me, I bought every merchandise from Fangamer.

Otherwise I sometimes buy mech like plushies (e.g. headcrabs or robots). Sometimes T-shirts but only when I really like them because I won’t wear them often (e.g. Sam&Max, Shovel Knight, TWP).

I hope Terrible Toybox gets a good fair of shares from merchandising.

We get most of the revenue, but we also have to pay for the stock, so we’re taking a small risk. There isn’t much profit margin on t-shirts. Mostly we do it because it’s cool and fun to do.

Which product has the most profit margin?

Yeah that’s true, I like how the letters are like ‘windows’ to the game scenery. I was a bit envious when the new T-shirts came out but I think I’m re-appreciating the black one now.

What would be cool, is some (pixelated) TWP action figures (to keep my Mulder and Scully ones company).

What would be cool, is some (pixelated) TWP action figures (to keep my Mulder and Scully ones company).

OMG, what is this?

I don’t have any action figures but I have those little ones:

Good lord what are those?! They look like something out of Thunderbirds.

Yeah I’ve got the ones from the first movie, thank goodness.

Edit: those Russian doll ones are cool - where are they from?

I ordered the second t-shirt, cards, pin from FanGamer, they are great!

And I made a merch myself, a retro stored original soundtrack

those Russian doll ones are cool - where are they from?

Those are matryoshka dolls from Stacking by Double Fine, which you probably already know.

I ordered the second t-shirt, cards, pin from FanGamer, they are great!

And I made a merch myself, a retro stored original soundtrack

This is very cool. Thanks for sharing

Speaking of ViewTron 3000, it reminded me that you mentioned in the past (if I didn’t dream it at least) that you were toying with a VR headset and was looking at the possibilities. I really like the way the scenes look like on the VT3k, and I think it would be great to have an experience that is similar to the way you can watch netflix with a VR headset, e.g., player sits in a room and looks at a screen on which the game is played (with 3D layering).

I didn’t know that they made real Stacking dolls! I loved the graphic style of that game and while I don’t usually buy this kind of merchandise, maybe I would have made an exception in this case.

I didn’t know that they made real Stacking dolls!

Yes, they are lovely and of course it made perfectly sense to make those.

But I guess it was a limited run and there won’t be more.
Unless… they make Stacking 2…

I’ll just say that after viewing Emily Morganti’s Ransome cross-stitch art, I want now a Ransome t-shirt. Would you buy one?

Would you buy one?

@RonGilbert: Give Fangamer a hint!

I have just found this t-shirt, maybe some of you will find it interesting:

If only there was a key to that factory someplace... Love old video games? Check out our podcast on (mostly old LucasArts) adventure games here: http://www.MenOfLowMoralFiber.com (Games like Monkey Island, Star Wars, Maniac Mansion, and...

Thanks for the link!

I have discovered that Jenn Sandercock, one of the developers of Thimbleweed Park, provides a Delores t-shirt in her shop:

Delores’s shirt from Thimbleweed Park. Useful if you’re putting together a cosplay of Delores. • Buy this artwork on apparel, home decor, stationery, and more.

It seems that Jenn will use this t-shirt to cosplay as Delores at PAX West 2017.

Testing looks: I suspect I'll have no issues pulling this off. Next: make a notebook with "I <3 Pascal" & find copy of Graphics Basic. https://t.co/DdOAKt2QPy 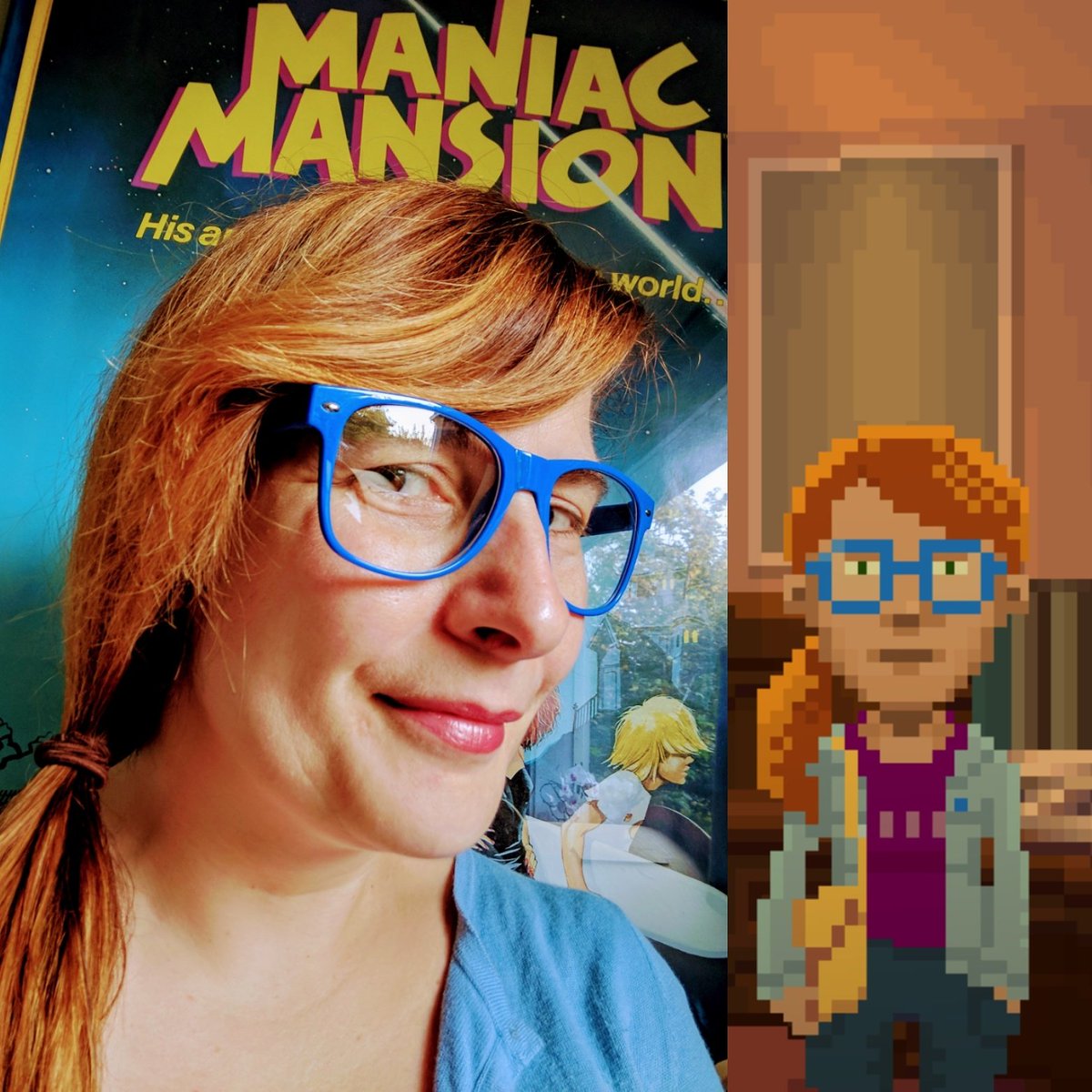 At PAX West 2017, the developers will sell rare and awesome ThimbleCon87 memorabilia!

I want that Thimblecon T!

I’d love to go to PAX. I was in Seattle while it was happening last year but couldn’t get tickets. I strolled around the EMP museum in my TWP T-shirt instead.