I assume that a lot of people in this forum would have liked to go to PAX West 2017, in Seattle, but couldn’t.

So I have created this thread, in which we can share news, pictures and tweets about what the dynamic team of Thimbleweed Park will do there.

I can’t wait to see the gadgets that they will give at the event and the people who will cosplay as a Thimbleweed Park character.

And of course if you will go to PAX, feel free to share here your own pictures related to Thimbleweed Park!

The event will start tomorrow. Now they are setting up the booth: 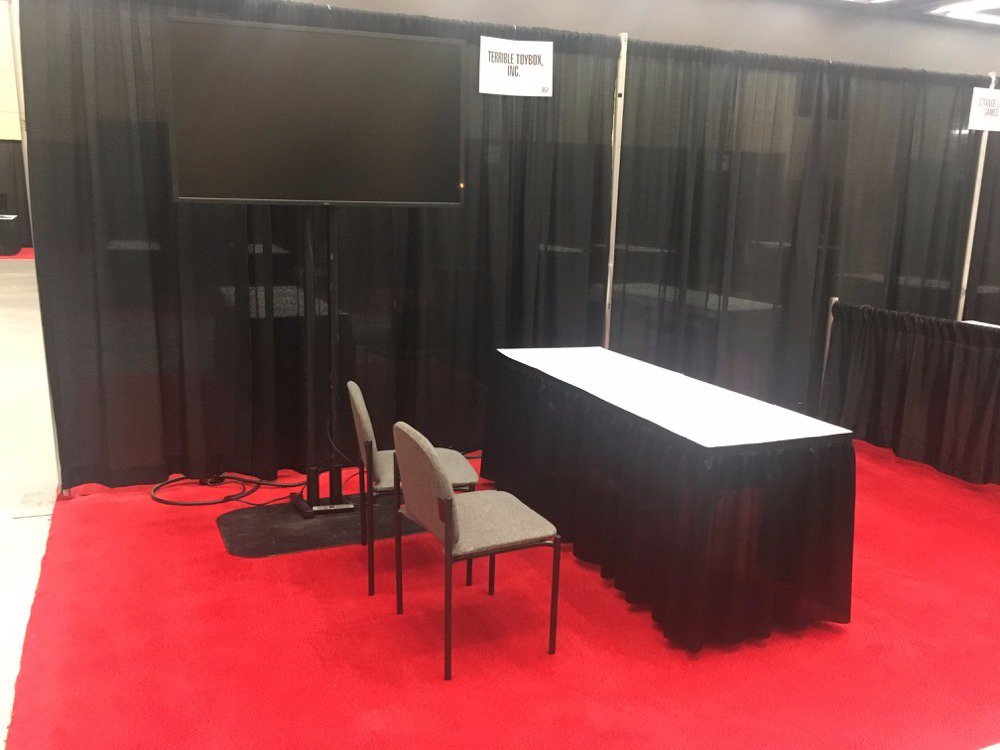 I was surprised by the accuracy of her Delores’ notebook. We don’t already have a full photo of it but the following partial image already shows a great similarity:

I’ll tell you the secret: the pixel art image was made after the real thing.

They’ll show Thimbleweed Park on the Nintendo Entertainment System that you see in the photo! 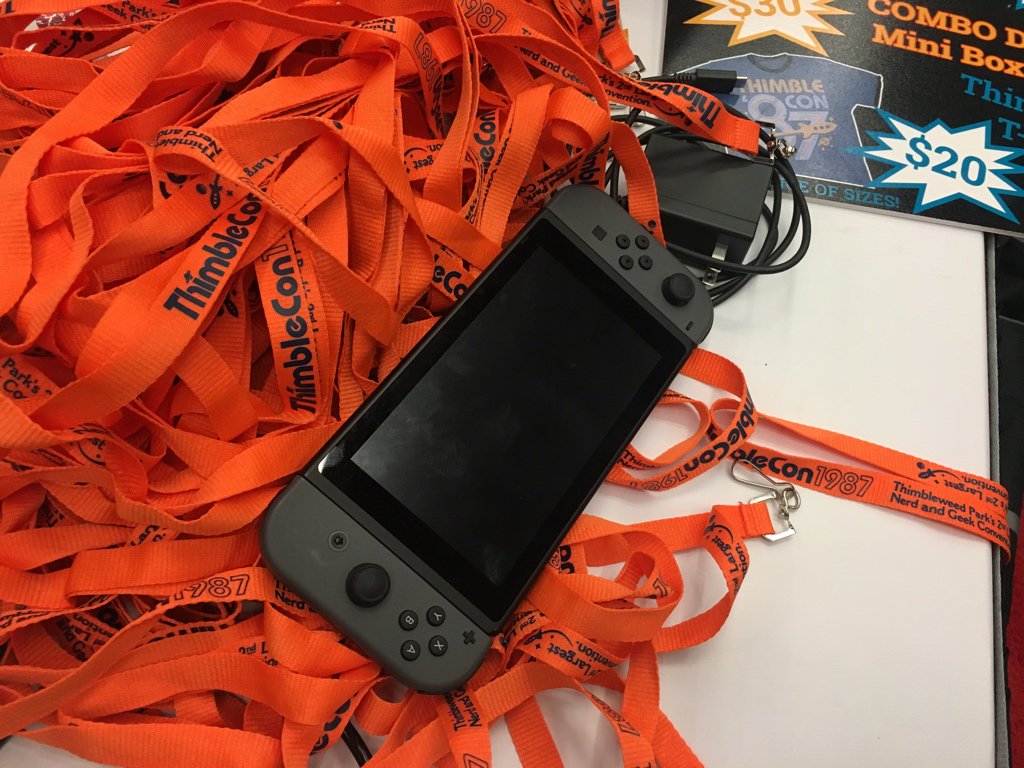 What is this thing?!? 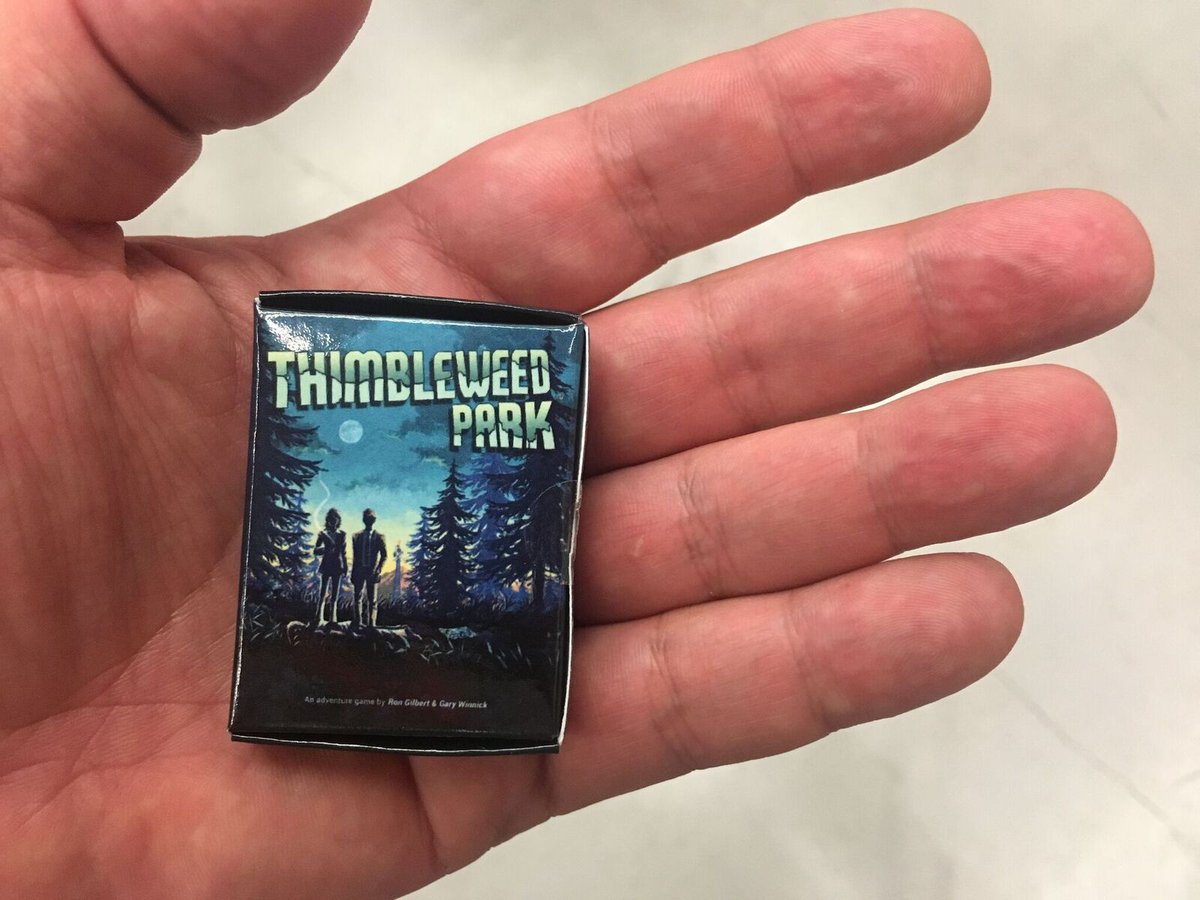 Finally we know who is the artist who drew the cover art of the physical box of Thimbleweed Park: it’s Nina Matsumoto, the same person who made the art for my TWP t-shirt.

I had a hunch that the artist was the same but now I have a confirmation.

teeny Thimbleweed Park boxes with my art! Go to booth 657 (Terrible Toybox) to get yours https://t.co/DTcSpD1lWI 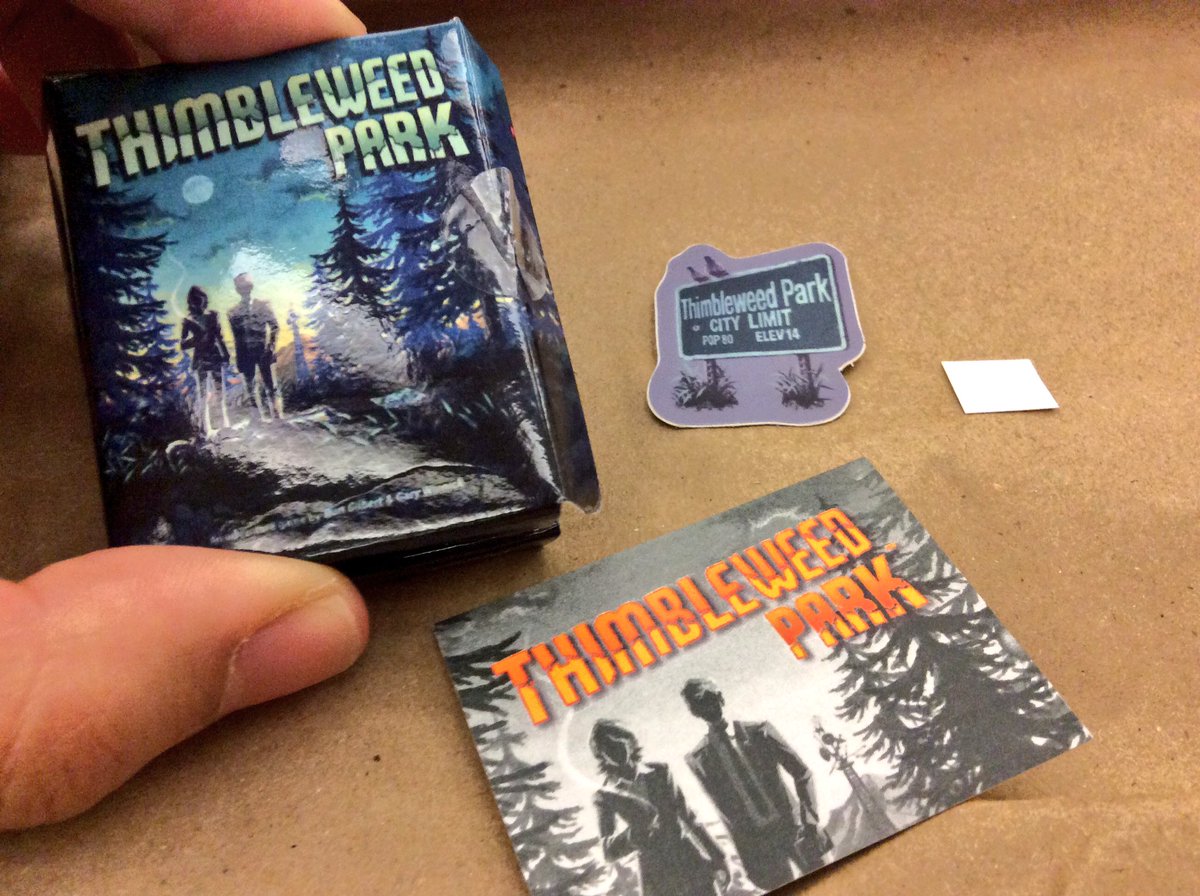 Good catch!
I wonder if this artist is in any way connected with the Nintendo porting job.
Or with Angela…

Here is the Thimbleweed Park booth (source on Twitter):

Here is the first photo of the physical box!

so stoked my art for @thimbleweedpark is on the official box set! It's full of cool extras @Fangamer made (Thanks to @grumpygamer's arms) https://t.co/5jUa6rZWg6 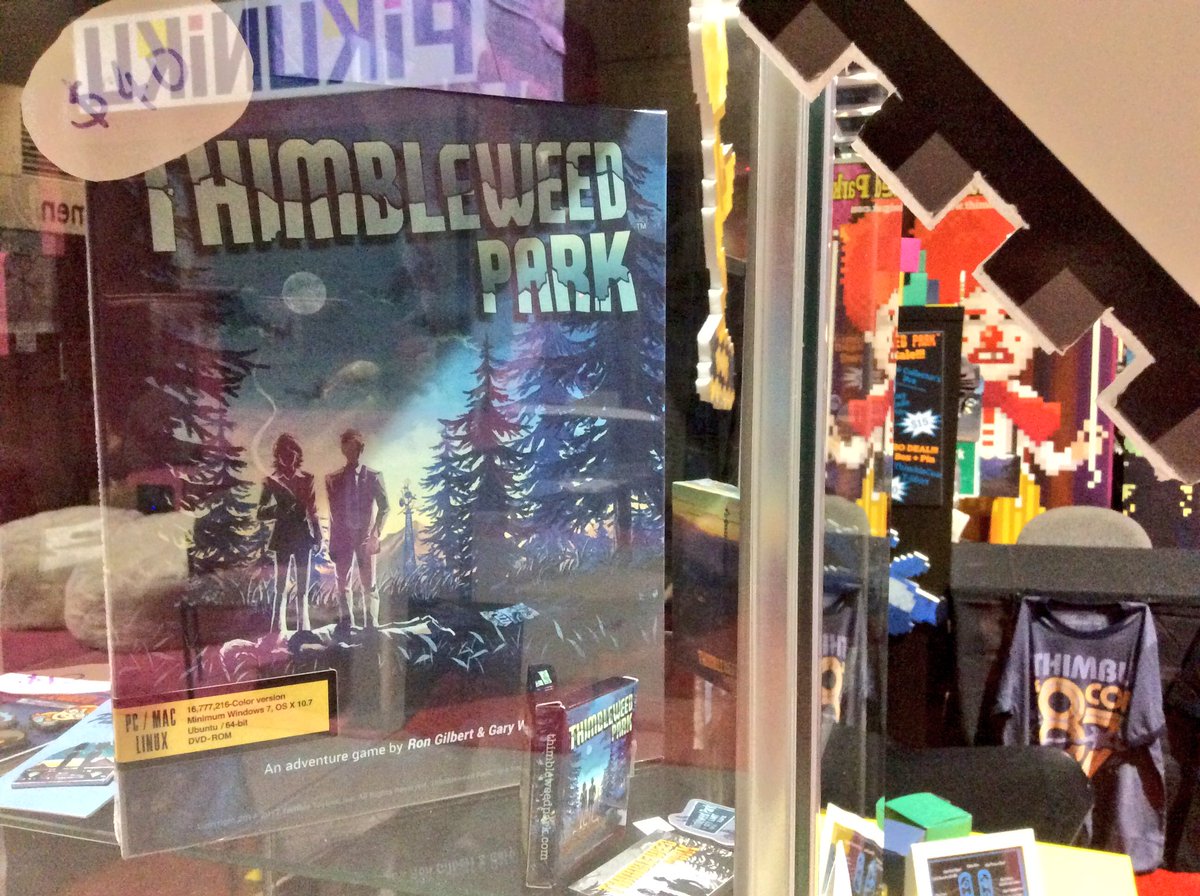 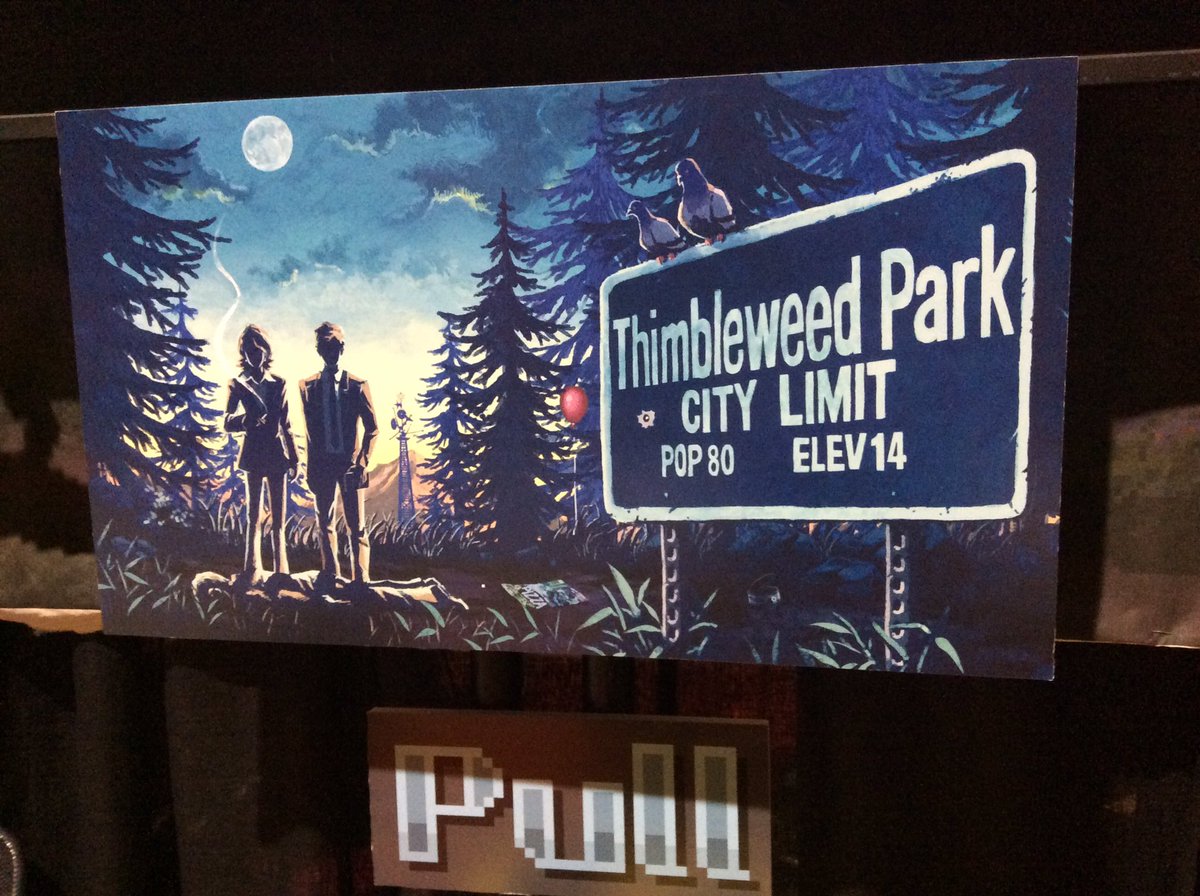 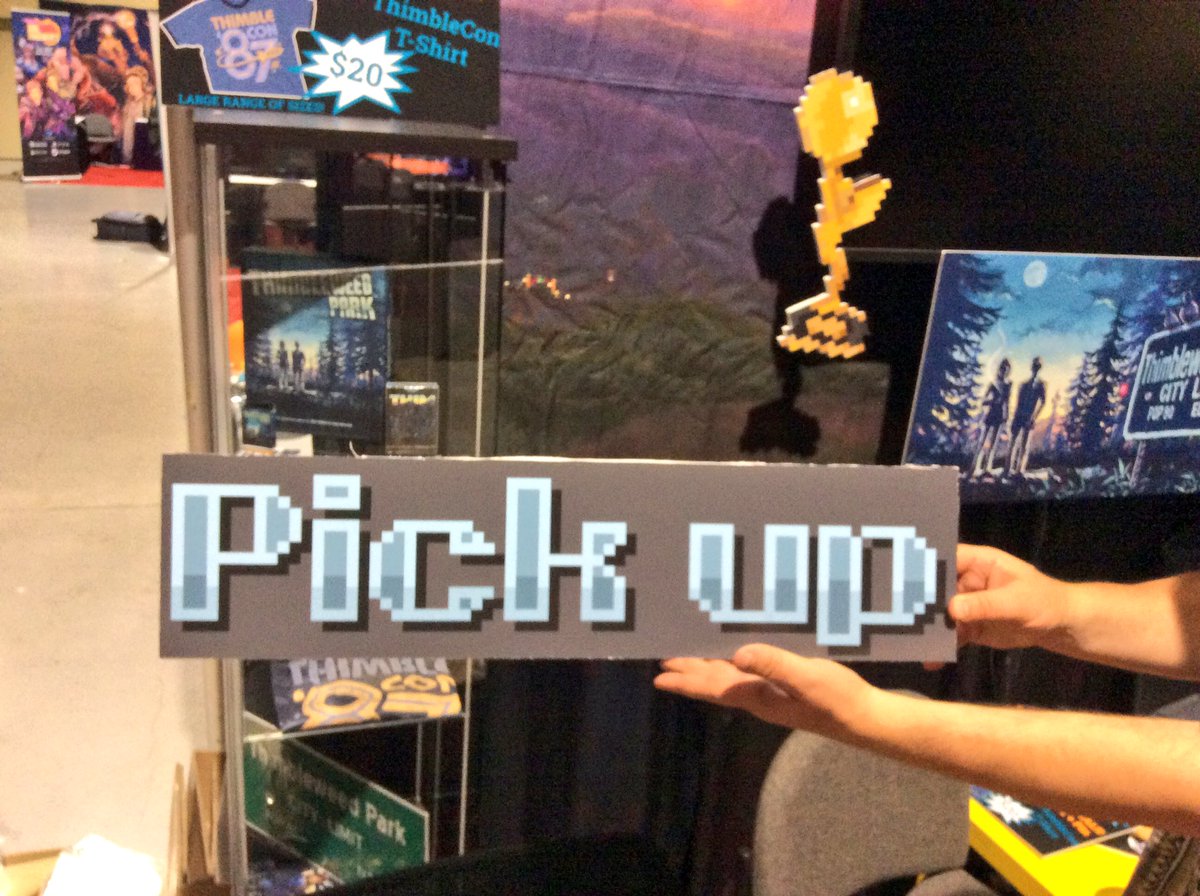 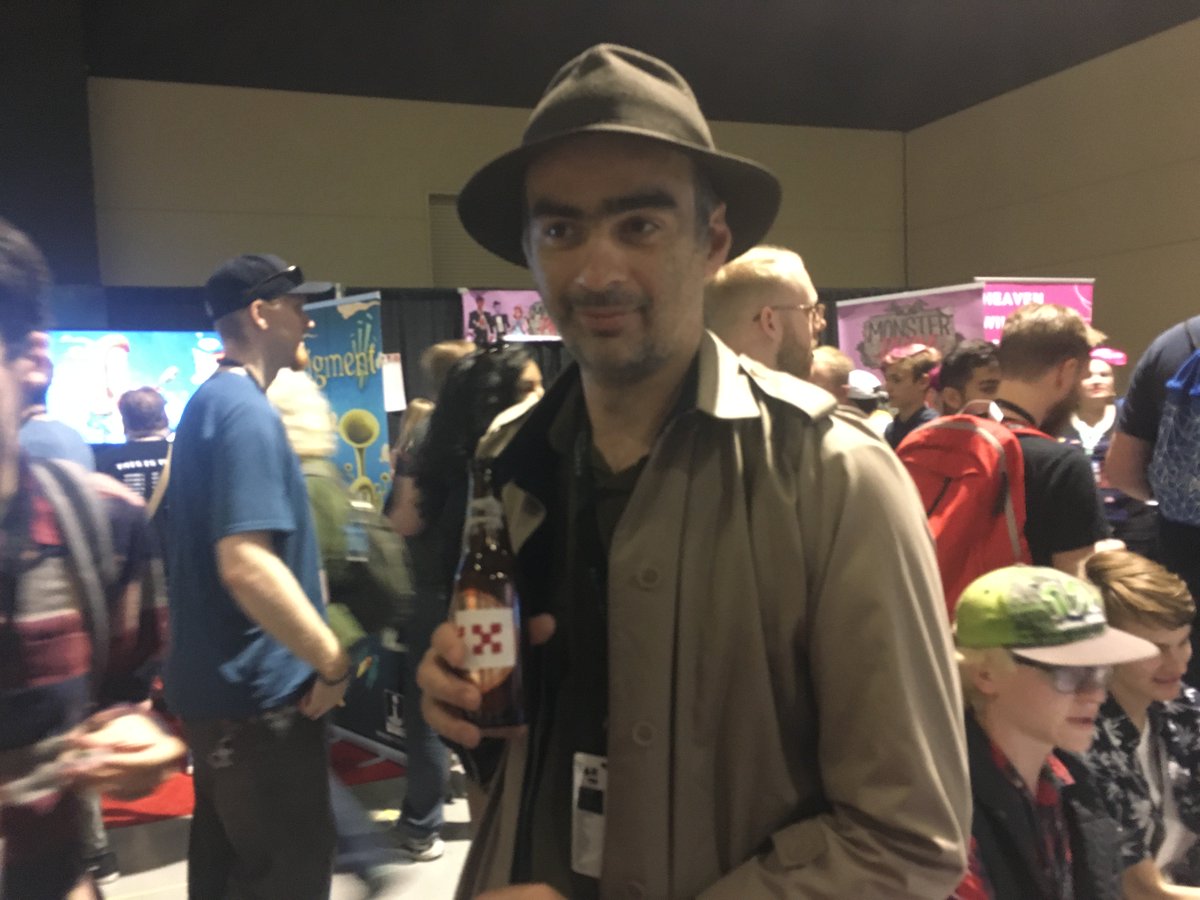 He told he was innocent 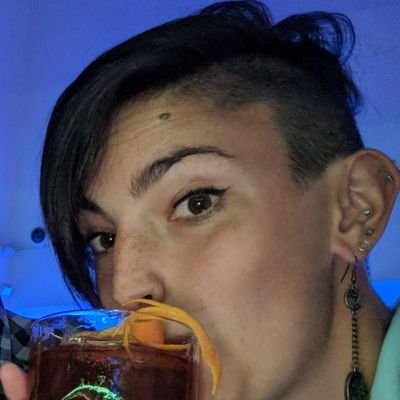 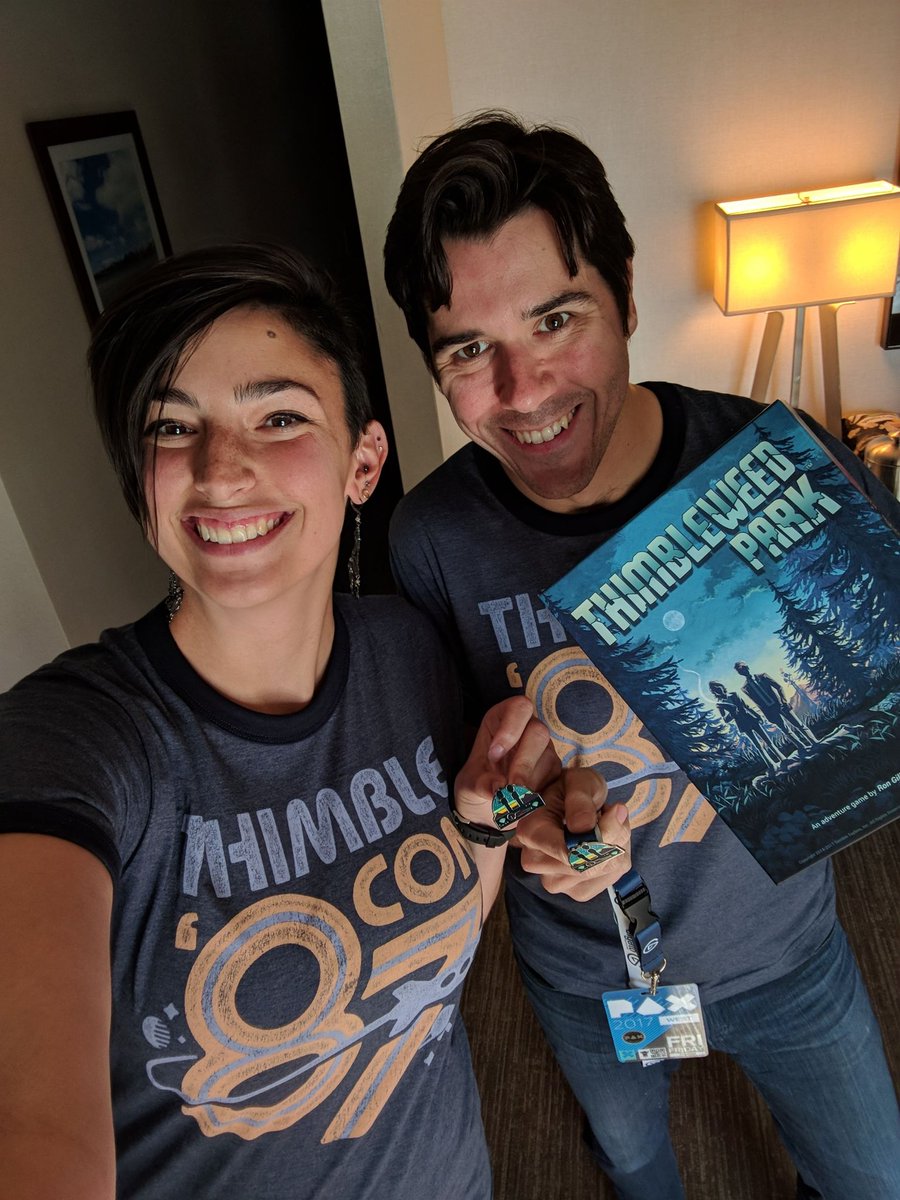 Is it still cosplay if you're cosplaying yourself? See you at #PAXWest2017 today! Come see Thimbleweed Park! See my lazy cosplay. https://t.co/VZ8USaaR8S

Does that mean he will wear a green polo shirt? It´s his avatar for the last 3 or so years but I have never seen him dress like that before…

Does that mean he will wear a green polo shirt?

And jeans. I hope he’ll show a puzzle dependency chart as well. And maybe he’ll dance every time somebody gives him a trophy.

And here is Jenn as Delores! 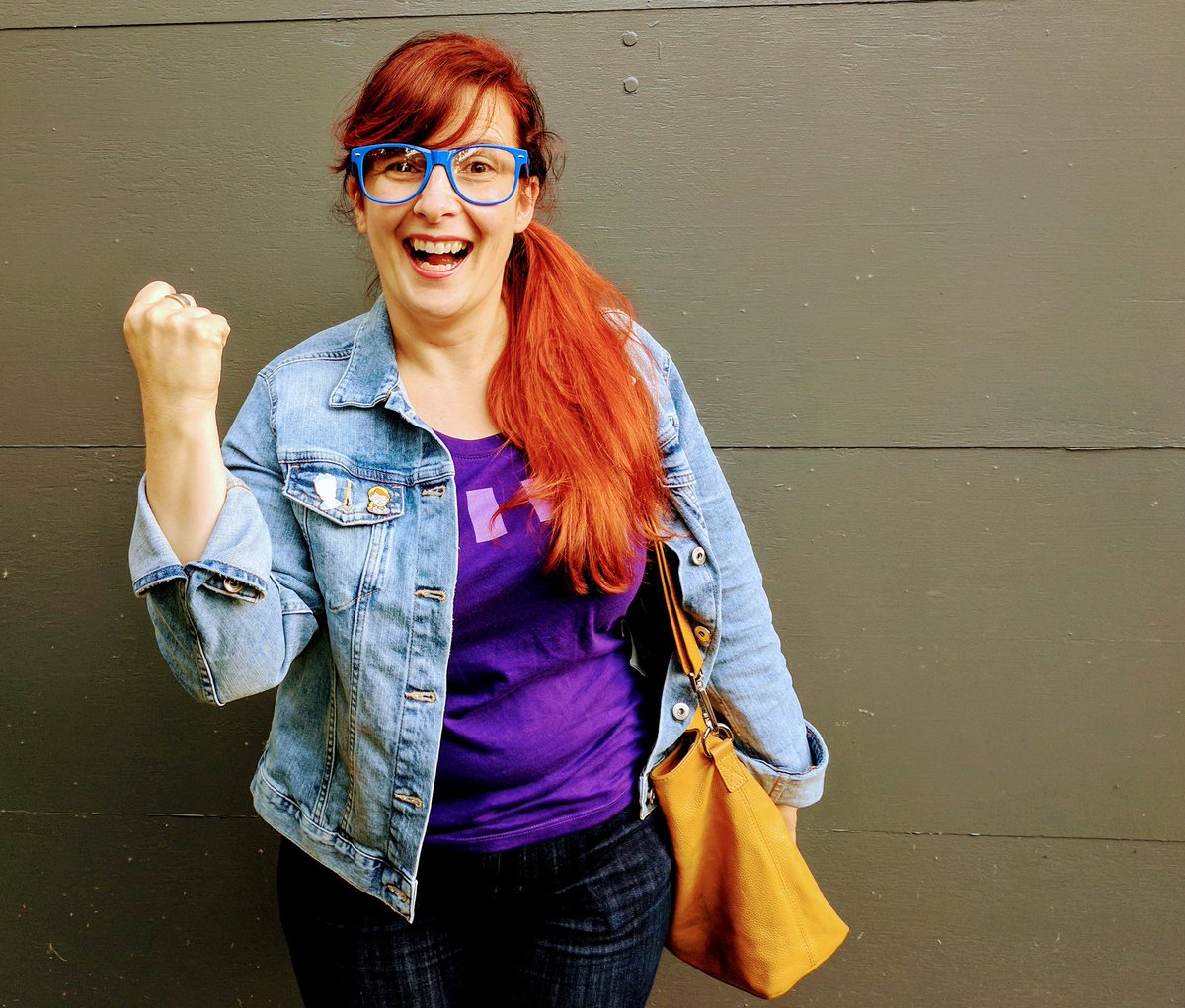 The booth is great, I envy who can be there!