A perfect re-enactment of a real Thimbleweed Park scene: Delores being too shy to talk to Ron Gilbert (who can be seen in the blurred background, presumably handling the puzzle dependency chart):

"I'd love to talk to him, but I'm too shy, what with him being famous and all." - Delores to @grumpygamer at #ThimbleCon87 #PAXWest2017 https://t.co/GsxZyWONUN 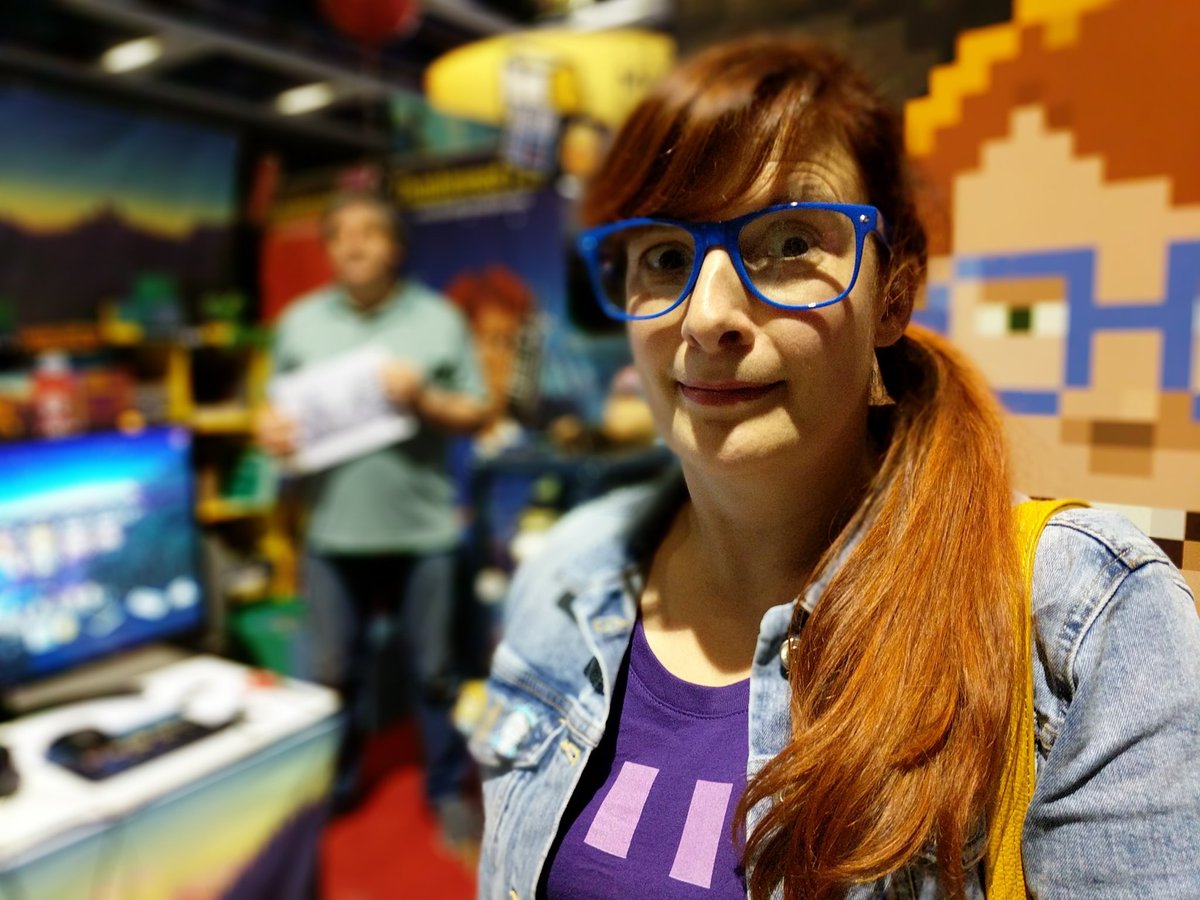 Chet the pizza guy spotted at #PAXWest2017! Show up to booth 657 in Thimbleweed Park cosplay and win a prize! https://t.co/sq8lQjxeRX 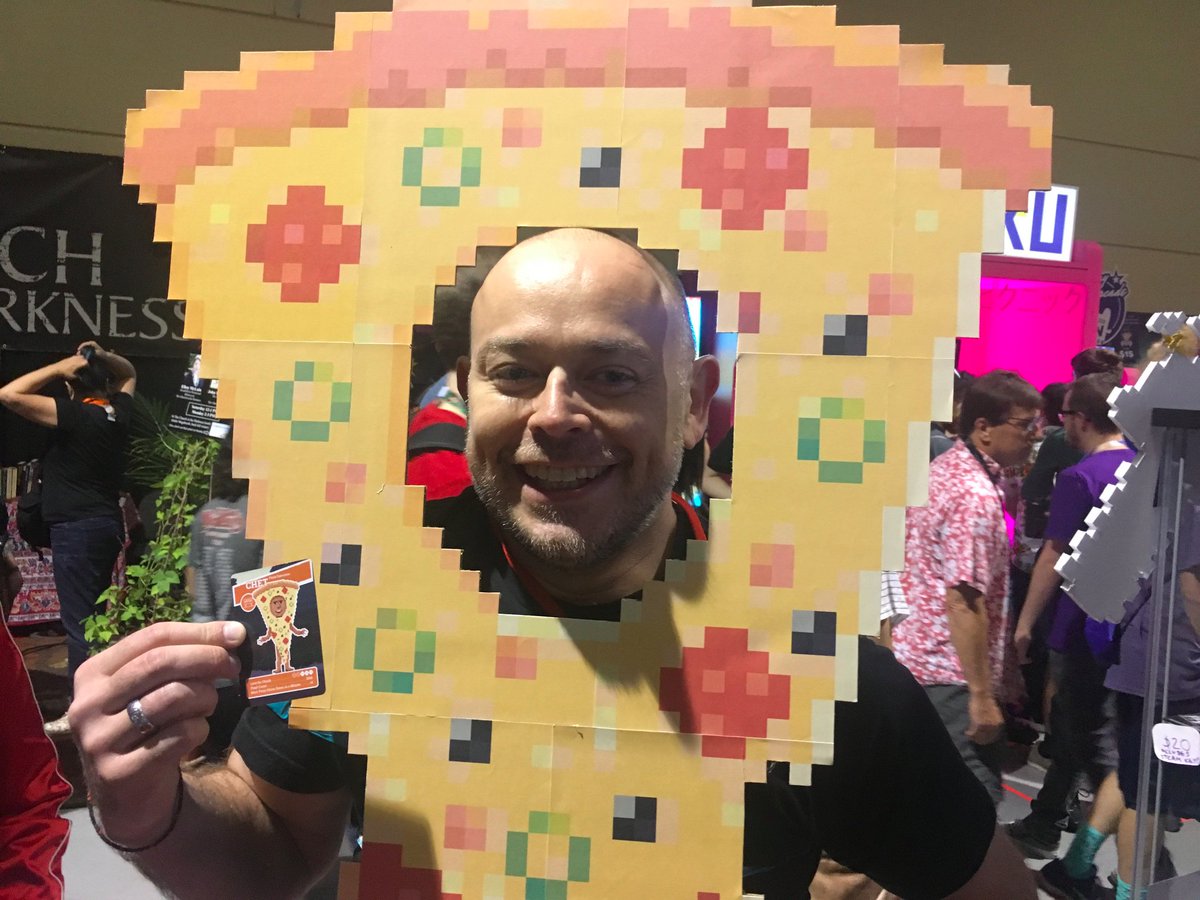 Mmmm... thimbleberry pie at our #PAXWest2017 booth. But who baked it, Ricki or Sandy? We're afraid to taste it and find out! #ThimbleCon1987 https://t.co/y1vLwBuZ9Y 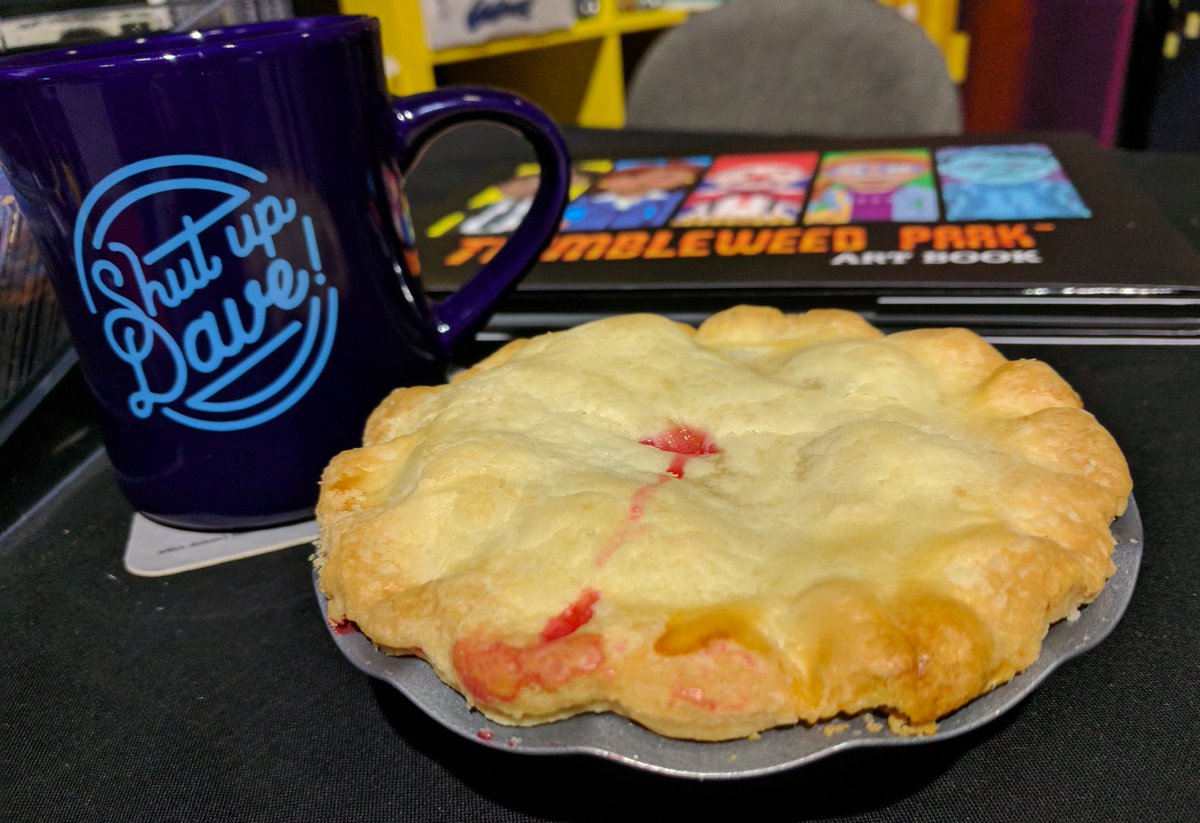 The frozen ghost cake next to it is a nice touch…what do you mean you can´t see it, then way can I see it? Unless…

The joke here is that I´m implying that I´m a ghost and only just now found out, why did you have to click this?

Look behind you, it's a three-headed Delores! @JennSandercock and @elisekatesaudio (voice of Delores!) posing w/ their pixel sister at #PAX. https://t.co/e6kacNBDd7 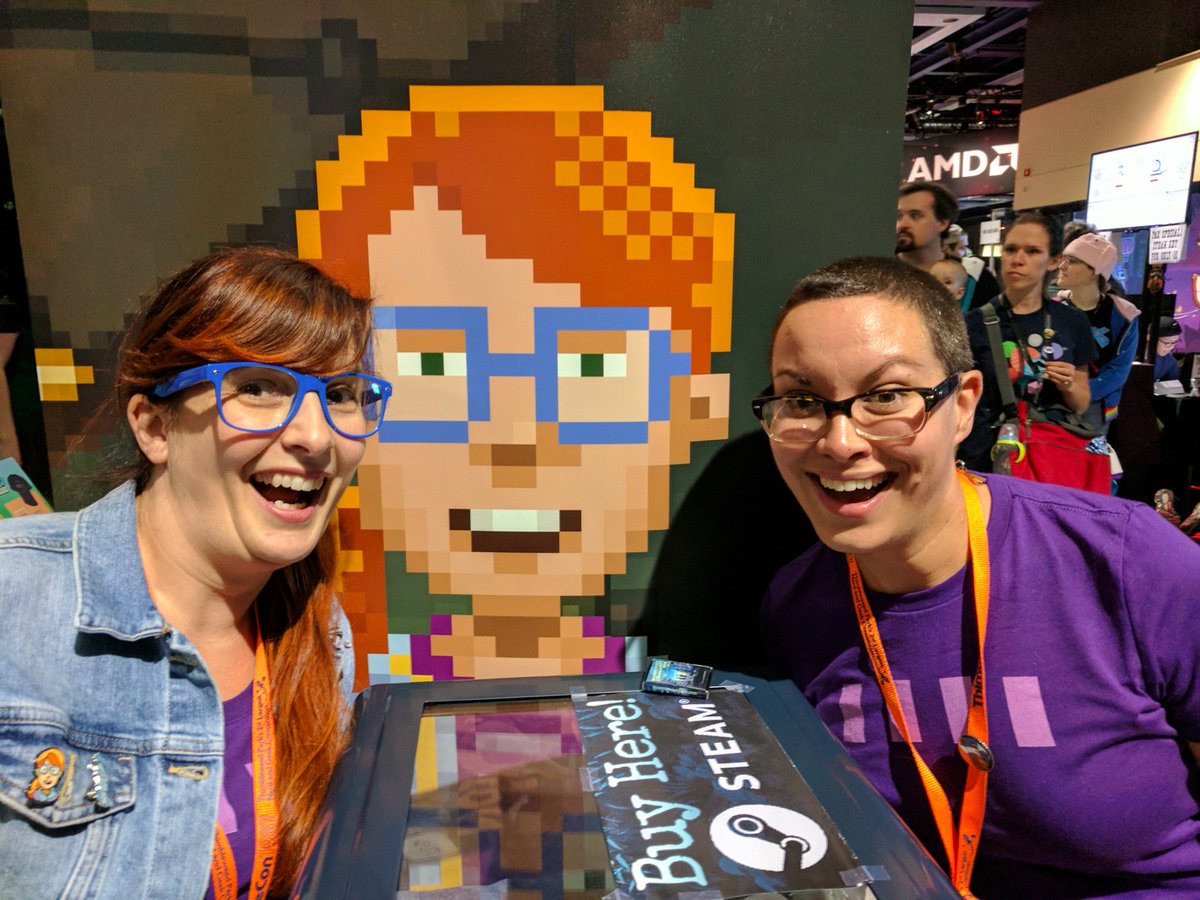 Dude… awful cosplay… not even close. 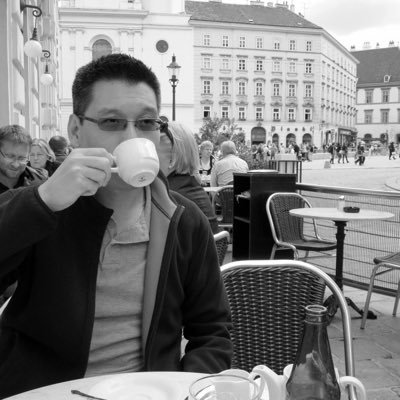 It was great to meet Ron Gilbert at PAX West! Can't wait for my Thimbleweed big box to arrive in the mail! @grumpygamer @bbpcgc https://t.co/WitXqzCD4o 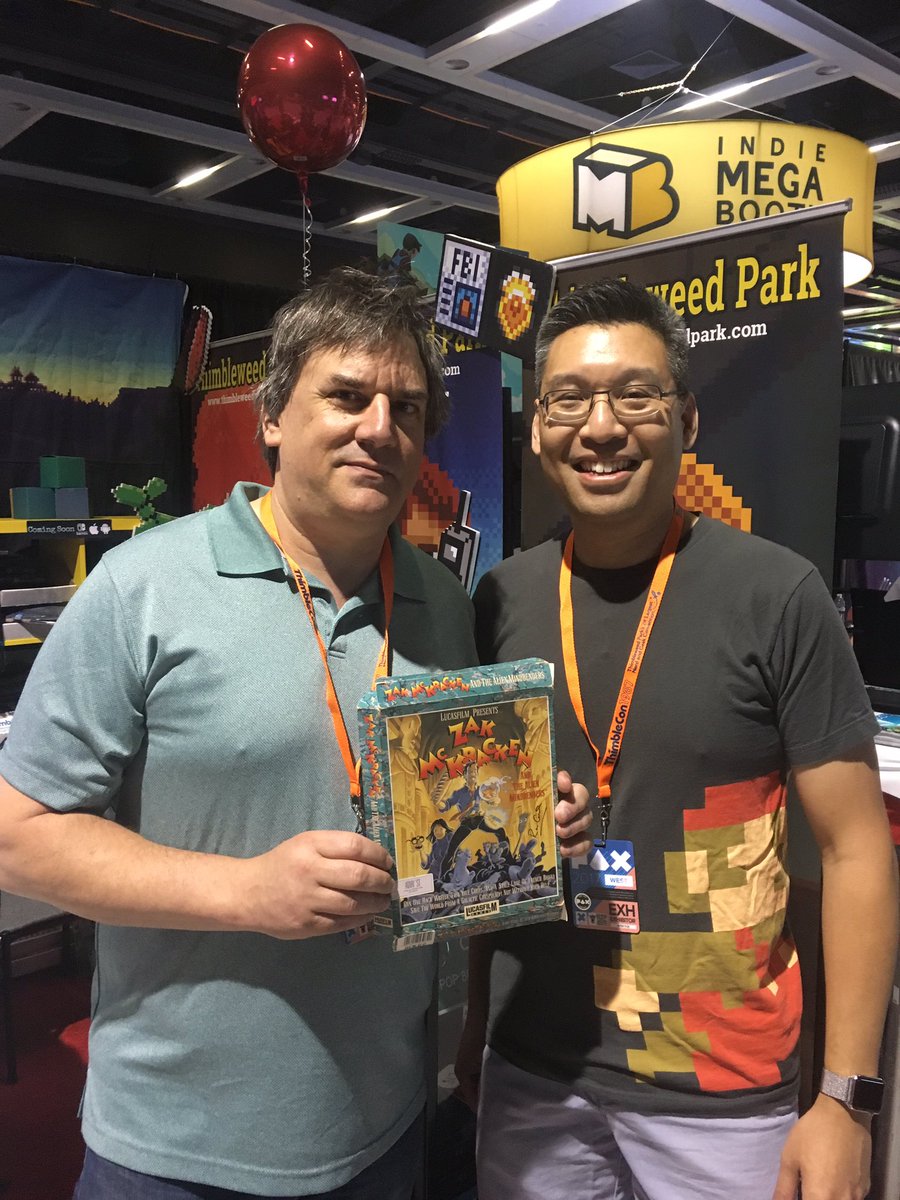 Dude… awful cosplay… not even close.

It is a polo shirt though, gotta give him that.

I was referring to the face.

The cosplayer made his best with that polo shirt. But why is the real Ron Gilbert wearing a Super Mario shirt?

Give the man a break, he has enough time to pixelate after his death.

How am I even supposed to understand that he is Ron Gilbert? With that box in his hands he could easily be a David Fox cosplayer.

This guy wears a hat as well, albeit a quite strange one.

“Hats” that look like ballons attached to the back of your skull are the latest trend, how could you miss that?

Hey, that’s me! Lol, thanks for the kinds words! Sorry about the terrible cosplay.

It really was great to see the booth today!

It really was great to see the booth today!

I’m sure of that!

Did you remember to take the t-shirt?

Everybody wants to be Chet!