What is the “Secret” of Monkey Island? My Video Essay

So with “Return” literally just around the corner…

I decided to make a deep dive video essay into what I think the “Secret” of Monkey Island is now, before Return reveals it all to us…

My video is a last ditch effort at uncovering the Secret before it’s out in the world!

I spent the bones of 70+ hours researching and writing and then editing this video… it’s the first large scale video essay I’ve ever done and I’m happy my first one is on this topic!

I hope you enjoy it, though strap in because it’s a 2 hour swashbuckling adventure 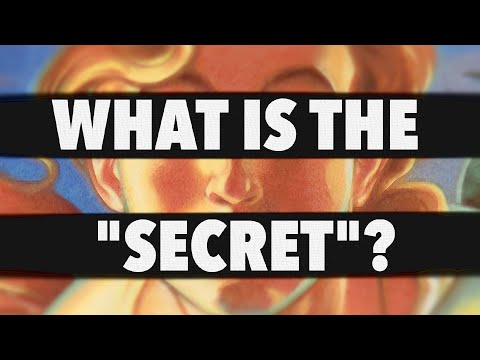 Interesting video, and it will be a fun point of reference for when the game is out. Thank you for putting it together.

If we’re willing to consider later games, Tales represents a ten year time skip. We know all the games are going to still be canon, so that’s why we should consider Tales. Tales also suggests in one line that Guybrush doesn’t know his if his parents are dead or alive, although that could just be a throwaway joke that doesn’t mean anything.

Does this defeat the theory? Hmm. It doesn’t have to.

Are people in their late teens still kids? They hate being called kids, sure. Legally, they are adults in most places. But to a middle aged adult, sure teens are still kids.

So Guybrush could:
A: Be a child playing as a character older than himself, to the extent he’s a 20 year old playing 30.
B: NOT be a kid. In MI2, he is nineteen as he says, and people calling him a kid in MI2 just talk to older teens in that way.
C: fuck it, disregard Tales. possible, as the devs said they will be ignoring parts of canon which don’t suit the story of RTMI.
D: Yes, he is a kid. Yes he’s nine. His pirate OC gets older faster than he does, because fictional personas can do that.

This is probably the least likely of explainations, but its my personal headcanon as of now. I am not attached to it, and waiting for it to be smashed to pieces.

It feels like parts of your video are referencing this post, or getting at what its saying. idk i just wanted to bring it to your attention.

I’m Philip Surname on youtube, and I loved your video.

Ultimately? I think Ron Gilbert had a lot of loose ideas in his head when making these games - the seeds of every possible Secret of Monkey Island were there either consciously or subconsciously - and I think some of them will be grown/matured in RMI, while others might have been discarded. They’ve told us several times now that a major theme of RMI will be “unfinished business”, so that theme is probably going to be reverberated back into Guybrush’s memories of SMI and MI2 even if they weren’t there originally.

Your ultimate answer for what the “Secret” is, is probably something inherently in the mindsets of Gilbert, Grossman, and Schafer already, so it could be built into the DNA of those first two games regardless of whether Gilbert consciously chooses to mark it as “THE” Secret.

Now, I want to note a couple of observations to add to your research, which you may or may not have noticed.

And Dread’s ship would make that voyage, going back and forth and up and down, not really going anywhere, until Guybrush reaches the destination. Doesn’t it kind of make you imagine the map journey, with the red line that goes back and forth nonsensically? It spends a lot of time covering no actual distance?

Last thing: I already observed the strong themes of death in MI2, and even the theme of Treasure = Death. (See also: The Cave.) I felt like this was seen very early when Guybrush uses a treasure-hunting shovel (taken from a no-treasure hunting sign) to dig for dead remains, in an early scene that I feel closely mirrors the MI1 treasure trial. It also gets mentioned on Booty Island by Augustus DeWaat that they stopped their treasure hunts after the last one ended with corpses being dug up.

I HAD NOT CONSIDERED your angle that death can represent the death of childhood and innocence! With this lens, Guybrush’s quest for Big Whoop can be seen as an urge to grow up and leave all this behind.

(Going back to MI1, with Herman and the Captain, the Captain’s hanging body could be read as an old regular who just grew up and stopped coming to play.)

And at the end of MI2, when Guybrush finds Big Whoop, what is it? The E-ticket, of course. But how does he react to it? He isn’t impressed. He doesn’t like it. It’s a baby’s toy. This ticket to every ride in the amusement park… he has outgrown the park itself now…

…kind of? At the end he’s still ready to ride the Madly Rotating Buccaneer.