Who coined the term "point-and-click adventure"?

Has anyone an idea or further information?

Totally unrelated but he did coin “cutscene” though.

I was about to create this thread myself.

So, what I know is that the expression “point and click” was already used back then as a general way to describe the method of interaction.

The real puzzle here is to discover who applied for the first time this expression to adventure games. I think that a research about this person/subject would yield poor results. But I’ll give a look…

What I have found so far is that the expression “point and click” and its variants were already used in several computer magazines.

That expression was later associated to games (non necessarily adventure games) to distinguish them from games that were played with a joystick or a keyboard.

Here is the first instance that I have found about “point and click” associated to the word “adventure”. I have also highlighted a few correlated expressions:

Dynamix has two graphic “point and click” adventures that offer a unique new look. Blade Hunter: Rise of the Dragon features a film noir look at a dark future and Heart of China features a larger-than-life romantic adventure on a finely painted canvas of digitized pixels.

While “point and click” interfaces are under discussion, CIbiSoft’s B.A.T. also presents a dark futures with a fascinating graphic feel.

Lucasfilm’s Ron Gilbert (father of their graphic adventure interface) has teamed with artist Mark Ferrari (and others) to develop The Secret of Monkey Island, a romp through pirate lore with a look that is similar and a game that is bigger than Loom.

In the same issue of this magazine there is an advertising of Loom in which the expression “point n’ click actions” is used.

It seems that “point and click” was already associated to games, but only because in the same period the expression was generally used to describe any kind of software that used mouse as its main input method.

In the previous issue (July/August 1990) of the same magazine there is also this:

Edit: I have also found other examples of the expression “point and click adventure” in magazines published before 1990. It was a simple description of the input method.

Is it possible they wanted to distinguish them from adventures with a parser and keyboard input (like Sierra agi)?

Is it possible they wanted to distinguish them from adventures with a parser and keyboard input (like Sierra agi)?

Yes, that’s exactly the meaning that the expression “point and click” had in those years: it was just a reference to the input method.

I assume that the current meaning of “point and click adventure game” (a specific kind of adventure games) arose only in the following years.

It’s fascinating for me to observe how language changes. 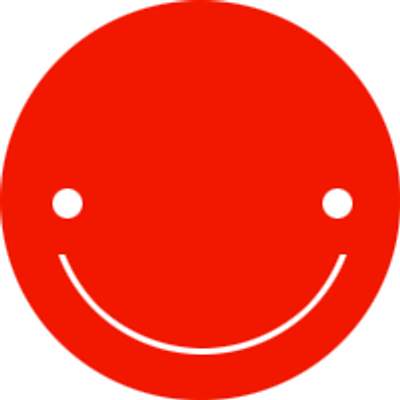 @grumpygamer "Point-and-click adventure" was a descriptor that was around in 1988. Probably earlier. It was used to describe our first game: The Manhole.
LowLevel August 26, 2017, 9:17am #9

Yes, I have seen that. It’s still something related to the input device, not to the sub-genre of adventure games.

By today definitions, “The Manhole” could be considered a point-and-click adventure game only if we accept that Myst is a PnC adventure game.

Of course having to drive the cursor around using a joystick was a lot of arcade action right there!

By the time Indy3 rolled around, they mentioned “pointing and clicking”, but not yet as a description of the game genre.
https://archive.org/details/zzap64-magazine-057
(Page 40)

This 1990 review of MI mentions “point-and-click” . Still not adventure in the same sentense. (Although synonymous to Lucasfilm games) Anyway, does it really matter who coined it and when? Who cares?
Oh… @RonGilbert does…

Yes, I have seen that. It’s still something related to the input device, not to the sub-genre of adventure games.

By today definitions, “The Manhole” could be considered a point-and-click adventure game only if we accept that Myst is a PnC adventure game.

There is no answer for your question then. It would require not only finding actual uses of the term, but also verifying the author’s intent behind the phrase, which at this point is nearly impossible to do. Even if some writer decided to explicitly state the definition of the term in an article, they might only be doing so based on common usage of the word. Based on your other posts, it sounds like the term evolved over time, which means that it would have meant different things to different people until eventually common usage started pointing toward a common definition.

Who conied the term? It was me.
(Now, show me evidence of the opposite!

Who conied the term? It was me.
(Now, show me evidence of the opposite!

You can easily draw an analogue between the changing of the term and the way it was with movies.

So a disctinctive term wasn´t needed anymore and the term Talkies was quickly dropped since all movies where talkies by the early 30s just like in the 90s the term graphic adventure became obsolete because there was not much else around to make a distiction with. But since Adventure games are a subgenre they needed to be more clearly defined and that´s probably when the catch-all term Point´n´Click came in.

In those days the “and” in game subgenres was very popular. Jump and Run(which for some reason are called Plattform games these days), Run and Gun etc. So the term perfectly fits in timeframe of the late 80s and early 90s because that´s where it makes most sense to have been introduced for the two reasons cited above.

Now I don´t really like it much because it makes it sound a bit simple and frankly a bit dull. But that´s what we´re stuck with now I guess.

I think it was Mark Eteer who coined the phrase.

You know how it’s always marketing people trying to lump music or other art into “genres” so they can hang a sign on it and try to appeal to a certain audience.

Of course, that one and The Artist and that one episode of ALF…

You know how it’s always marketing people trying to lump music or other art into “genres” so they can hang a sign on it and try to appeal to a certain audience.

Also when 3D games came up some shooters were also labelled as adventure games to differentiate them from other, more “mindless” 3D shooters, making the term “adventure game” more ambiguous then ever…

New evidence found!!
Since there is no mention of Indy3 in here, this puts us between November 1988 and May 1989!