A discussion with an AI

Do Murray next!
BWAHAHA

If Ron doesn’t put Hernando in the new game I rather suggest we riot.

I don’t think he’d want to be THAT controversial and divisive.

Hernando is a central character and will 100% be in the game.

If RtMI wasn’t at the end of its development, I would do that for real. I mean, asking Ron to read that chat with Guybrush and put Hernando somewhere in the game. Even only in the final credits.

Although it’s funny, it scares me! I don’t know what to say.

Why does a lady have a male name?

@Guga has always claimed the “voodoo lady” was in fact a man.

Although it’s funny, it scares me! I don’t know what to say.

I can understand that.

I’ve grown up reading/watching a lot of sci-fi and particularly Star Trek The Next Generation, so my opinions about artificial intelligent “beings” are shaped by episodes like “The measure of a man”, in which a judge has to decide if the android Data is just a machine or a person who has rights: 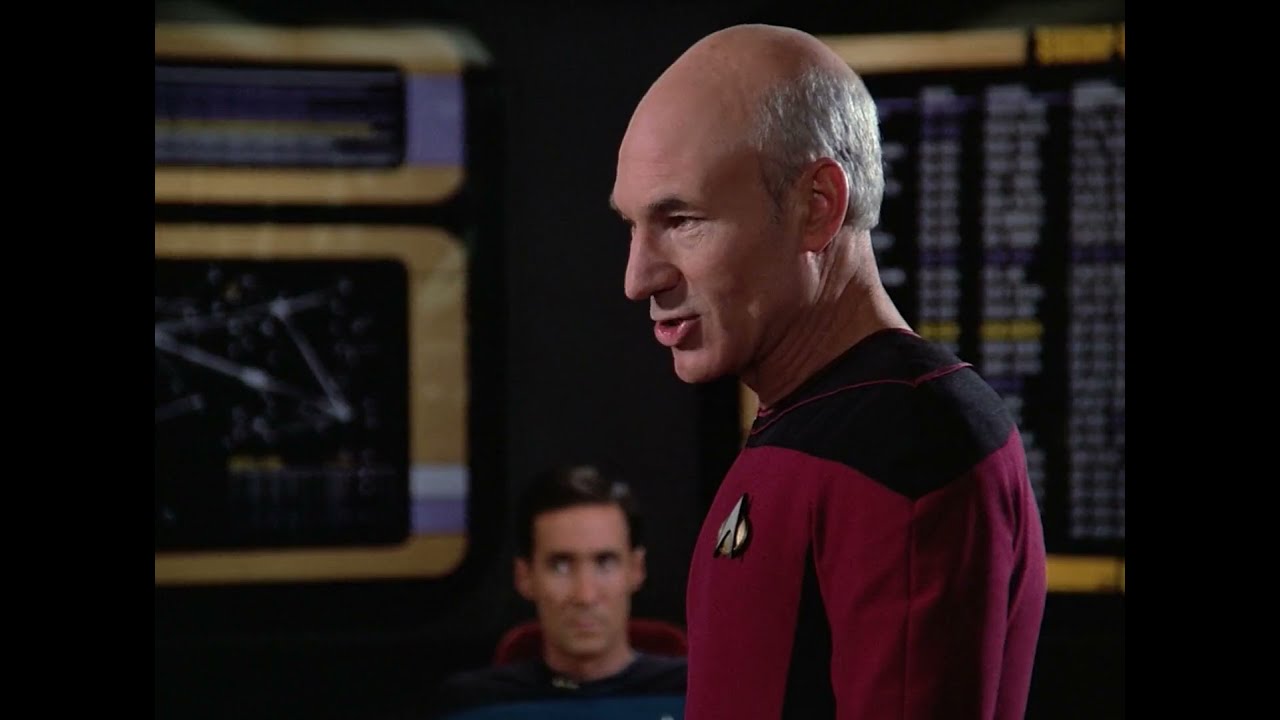 @Guga has always claimed the “voodoo lady” was in fact a man.

Right, I forgot that.

Also, it’s interesting to remind that the name of the voodoo lady has never been revealed.

It’ll turn out eventually she is called Hernando, indeed. So we’ll understand the AI knew.
After all, it’s a machine. It knows, or it does not. It can’t be in error.

It’ll turn out eventually she is called Hernando, indeed.

Why waiting for Ron to give her a name when we could simply ask Ron to name her Hernando?

I don’t use Twitter, but somebody should definitely ask him if he can do it.

After all, it’s a machine. It knows, or it does not. It can’t be in error.

we could simply ask Ron to name her Hernando?

He could later add a patch to the game with an “Hernando on-off” option, which adds or removes people referring to her as Hernando.

At this point I think we should demand that Return be renamed The Secret of Hernando Island and the graphics should be redone to be pixel-3d and the whole cast voiced by Dominic Armato.

I can’t sleep, so let’s see if GPT-3 is good at “three emoji to describe a game”.

These are some of the creations found in that thread, given to the AI to train it:

Cruise for a Corpse:

And this is how GPT-3 completed each game:

The Secret of Monkey Island:

Indiana Jones and the Fate of Atlantis:

Day of the Tentacle:

Zak McKracken and the Alien Mindbenders:

I’m surprised it only used two images for Loom, and that it replicated an image on Day of the Tentacle.

Zak McKracken and the Alien Mindbenders:

A friend of mine asked another openAI, “DALL·E”, to “draw the Secret Of Monkey Island”.
Here’s the drawing:

An island, some monkeys, and an indecipherable sentence: that’s the secret!

…which explains what the secret is, but you have to discover which cypher was used to obfuscate the text.

The “derelict house” impressed me as well.

During other attempts at generating emojis, some option values led to a radio, but never to a telephone.

(yeah, I badly messed up with the replies…)

I tried interviewing him but I gave up.

Guybrush: Hello! Thanks for having me!

Human: To those who don’t know you, can you tell who you are and in which games you were the main protagonist?

Guybrush: I am Guybrush Threepwood, the mighty pirate! I was the star of the Monkey Island adventure game series.

Human:So, what can you tell us about the new game?

Guybrush: The new game is called “Return to Monkey Island” and it’s being developed by original creator Ron Gilbert. It’s going to be an amazing adventure, full of pirates, humor and strong female characters! I can’t wait to get my hands on it!

Human: will you be the only returning character?

Guybrush: No, there are plenty of other returning characters! Elaine, LeChuck, Carla, Wally, Otis, Stan, Cobb, the Lookout, the SCUMM Bar cook, Murray and the voodoo lady Hernando will all be making appearances in the new game.

Guybrush: Hernando, the voodoo lady from Monkey Island 2: Le Chuck’s Revenge. She’s going to be a big part of the new game.

Human: Are you joking, right?

Guybrush: No, I’m not joking! Hernando is a very important character in the Monkey Island universe. She’s going to be a key player in the new game.

Human: No, I mean about her name. She’s not really called “Hernando”, right?

Guybrush: Of course she is! What else would she be called?

Human: So you are telling me that the name of the voodoo lady has always been “Hernando”?

Human: Why does she have a male name?

Guybrush: I have no idea. Perhaps Ron Gilbert will explain it in the new game.

Human: Is that her first name or her last name?

Guybrush: I’m not sure. I think it might be her first name.

Human: And your mind has reached that conclusion as the most probable outcome, I guess.

Guybrush: Of course! What other conclusion could there be?

Human: Well, it could be her last name?

Guybrush: I don’t think so.Ron Gilbert would never give a character such a silly last name.

Human: Do you realize that your last name is “Threepwood”, don’t you?

Guybrush: Yes, but that’s different. My last name is cool.

Human: And “Hernando” is not?

Guybrush: No, “Hernando” is not cool.

Human: Beside, you are saying that “Hernando” would be a silly last name but not a silly first name?

Guybrush: That’s right. “Hernando” would definitely not be a good last name.

Human: So, to sum up, you think that the voodoo lady’s first name is probably “Hernando” because Ron Gilbert wouldn’t give a character such a silly last name?

Guybrush: What about it?

Guybrush: Yes, but that’s different. My last name is cool.

I feel like he’s channelling Beavis and Butthead here.

An island, some monkeys, and an indecipherable sentence: that’s the secret!

Not to mention a helmless Darth Vader next to his Space Cadillac on top of the rock there!