Ron Gilbert and other adventure game developers have been interviewed by PC Gamer and shared their thoughts about what the future will reserve to the genre:

The future of adventure games

Adventure game developers discuss the strengths, weaknesses, and future of their favourite genre.

About the death of adventure games, Ron said:

“I think what they really mean is the death of point-and-click adventure games,” says Ron Gilbert, creator of Monkey Island and, more recently, Thimbleweed Park. “Games like Gone Home, Firewatch, and everything Telltale makes are adventure games, and they can sell millions of copies. But if we limit the description to point-and-click games, I don’t know that I fully disagree. These games are a niche market now, but if you make them cheaply and efficiently, they can still do well. Dave Gilbert [no relation] has carved out a nice fanbase.”

So what does the future hold for adventure games?
[…]
“If only I knew,” says Ron Gilbert.

The opinions of the other adventure game developers are interesting as well.

So… basically, “the future of adventure games” for each of the designers interviewed is… the exact same thing each one has done so far.

With the refreshing exception of Mr. Gilbert, who responded with an honest “If only I knew.” This gives me hope. It shows a sincere recognition that what has come so far may not persist or may yet be transformed.

I’m convinced that there will always be people who like to play good point & click games, but I have never observed any niche genre to become a mainstream genre. Please disagree, if I’m wrong with this statement!
I’m not sure, but I believe that Telltale has taken advantage of popular IPs such as Batman, Back to the Future and Monkey Island. I’m pretty sure that the IPs have been the main reason for the success of their games. And, if they did a Star Wars adventure game, it would sell even better.
I think that consumers just take a look at the IP and the graphics first - and at the price, of course.

but I have never observed any niche genre to become a mainstream genre.

If games based mainly on narrative can be considered a niche, then I think that in the last years some of them have experienced a large popularity, like Life is Strange, which is an adventure game, not based on any famous franchise.

I agree that Telltale success depends also on their decision to develop games about popular IPs, but other popular narrative-based games prove that a big IP is not strictly necessary to sell a lot of copies.

I was primarily referring to Ron’s opinion that point & click games were a niche market now (In the above quote from the article).
Well, I personally thought about tile-matching puzzles or platformers. They are a very limited market, even though a few examples were very popular - such as Tetris or Candy Crush.
In contrast to this, first-person shooters and racing games are mainstream. But, interestingly, even these mainstream genres are dominated by some few companies, such as EA or Codemasters, because big companies have more options in spreading risks.

other popular narrative-based games prove that a big IP is not strictly necessary to sell a lot of copies.

My previous comment may sound very pessimistic in terms of the future of adventure games, but I agree with you. It just depends on both the game itself and the marketing. Popular IPs just make this easier. The game basically has to provide something that catches the people’s interest, even before they have played it. It’s difficult to achieve this, but there are ways to increase the chances. For example by doing a rip-off.
As we know, Monkey Island was inspired by the Pirates of the Caribbean ride at Disneyland and the novel On Stranger Tides. And I think that the box art for Monkey Island is furthermore capable of reminding the potential purchaser of even more famous adventure stories, such as Treasure Island by Robert Louis Stevenson. So, the visual appearance of a game may attract you by having positive connotations thanks to certain successful pop-cultural products.

Well, I personally thought about tile-matching puzzles or platformers.

What seems to be big on the market is the genre of hidden object games. At least some years ago the stores were flooded with them.

What seems to be big on the market is the genre of hidden object games.

It’s the pixel-hunting “feature” of point’n’click adventure games made into an own genre.
How did this happen??

How did this happen??

I just say one word: Waldo!

This doesn’t answer my question, it brings up even more questions!

Maybe Waldo was only made to rig the children so that they buy the (cheap to create) hidden object games as adults! Maybe it’s a conspiracy of the whole game industry!

It’s the pixel-hunting “feature” of point’n’click adventure games made into an own genre.

How did this happen??

A hidden object game (sometimes called hidden picture) is a genre of puzzle video game in which the player must find items from a list that are hidden within a picture. Hidden object games are a popular trend in casual gaming, and are comparatively inexpensive to buy. Time-limited trial versions of these games are usually available for download. An early hidden object game was Alice: An Interactive Museum. Computer Gaming World reported in 1993 that "one disadvantage of searching through screen ...


And on German Wikipedia the genre has own page: https://de.wikipedia.org/wiki/Wimmelspiel

I think my cliche expectation is, that housewifes play it. Kind of sexist and I don’t know where I have the impression from. Don’t know it it’s originating from the themes in the games or if I read some actual investigation of market and customers.

And on German Wikipedia the genre has own page

Because these hidden object games are/were very popular in Germany (as casual games).

It seems that we Germans are a little bit weird regarding the games we like.

We are buying adventure games, hidden object games, strategy games without graphics but with a lot of spreadsheets and not very funny simulator games like Recycle:

The possibilites to play simulators are endless!

And also those memes describe it perfectly:

You know, I once tried to apply to the company that makes Farming Simulator, it’s based in Zurich. I never got a reply.

Well, why are actual puzzles popular? Isn’t it basically the same thing? You have a small piece with some color or drawing hints that tells you more or less where it should be located in the big picture, but you still need to “feature hunt” to understand, and once you find it, you place it, hopefully near other similarly colored pieces so that you can try to snap them together.
In Waldo you do the same thing without having to snap pieces, you just look at various details until you find the one you needed. My 4yo daughter likes it, because it’s a challenge for her concentration, attention to details and most importantly patience.

You know, I once tried to apply to the company that makes Farming Simulator, it’s based in Zurich. I never got a reply.

Maybe you should be glad about that…

In Waldo you do the same thing without having to snap pieces, you just look at various details until you find the one you needed.

You know that there was a Walo TV show and Waldo games? Maybe your daughter like these too?

This doesn’t answer my question, it brings up even more questions!

AFAIR You get an achievement if you find all Wal-ehrm-Dildos in the game.

AFAIR You get an achievement if you find all Wal-ehrm-Dildos in the game.

Yes. And some of them were hidden good. Like in front of you. 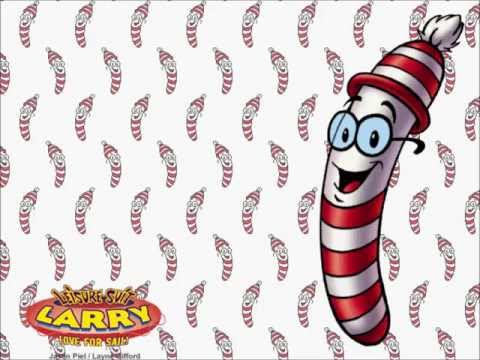 P.S.
The uploader has the same face as @yrface !!!

And some of them were hidden good.