Special mention to this one, because its composition and vibe reminds me of “The Little Prince”.

I can’t find any distinctive character in the ones by “Revolutionary-Ask210”, but many people like them.

A Guybrush made by Dan Harris, shared in this tweet. 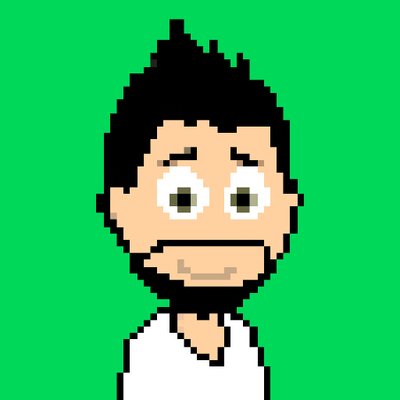 Illustration by Ann-Sophie De Steur, posted in this post of the Nintendo Switch subreddit.

While nice, I don’t think you can have a game box where the graphics on the front look like the actual graphics in the game. That just doesn’t feel right. (Though there might be precedents I don’t know about.)

Seriously? I have missed it. He declared this graphic style was not as good as expected.

Pixel art version of the “new” LeChuck, drawn by bergni01 and shared in this tweet.

bergni01 added another character to the series, Elaine! (shared in this tweet)

Return to Monkey Island pixelized in EGA colors by Stefan Holmqvist in this tweet:

This is unbelievable.
If it is really 320x200, I must say I’ve never seen such a great EGA graphics.

Am I blaspheme if I say I like it more than the original?

bergni01 added Stan to his series. (shared in this tweet)

If it is really 320x200, I must say I’ve never seen such a great EGA graphics

I think even Curse had only 800x600 as resolution.

The Curse of Monkey Island

The Curse of Monkey Island was the third game in the Monkey Island series, and the twelfth game to use the SCUMM scripting language. The game first follows Guybrush as he is captured by the Zombie Pirate LeChuck, and must escape from the hold of...