This. I count myself among those who love the art style, but the fact is that not everybody does, and it’s a shame that some respectful discussion about why that is can be so easily shut down. I think you can like or hate the art style and still be disappointed by how some people have conducted themselves on Ron’s blog, some of that was too far, and I do think there has been some pushback against the game we’re getting not being entirely in line with the 2013 list. Still, the ultimate point is that it’s not simply nostalgia, there are some who just aren’t sure about/ don’t like what we’ve seen so far, and that’s totally ok! We can talk about that, it’s interesting! I’m hopeful that the art will grow on people though, especially once we see a full trailer…god I hope it’s soon

Right. Not my point. But OK.

Just to get it straight: I don’t really care what art, logo, publisher, IP owner or DRM system the thing is released with.

I only know I am looking forward to playing it whenever it is released.

No one is complaining about anything.

@ZakPhoenixMcKracken no news from David fox in yesterday’s interview?

I had asked what is the Secret, but it was too late and nobody’s answered.

Here’s the whole interview (with our comments): 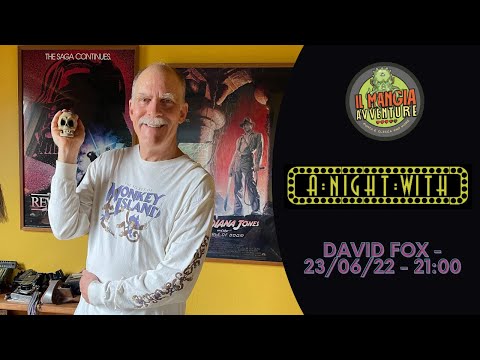 Do we know how much RTMI will be?

You’re just fishing for a meme post, aren’t you?

Cool. I wouldn’t want to pay more than that for a computer game.

Even back then, you had to pay more to get it at release… $60 to $70 depending on the version. It would drop down to $20 at best on budget re-releases.
Corrected for inflation, the retail price would be $135 to $155.
The comment in the game was always meant as “I’ve paid way too much for this… I feel ripped off by this ending.”

Getting RTMI for $20 today is less than $9 in 1990! And we’ll get more puzzles, more dialogue, more voice acting, more pixels for it.

Unlike Thimbleweed Park, this time Ron can’t make the game price decisions. I doubt the price will be less than $ 39.99

But will we get more Hernando?

Wow. I didn’t think about the price until this moment.

I think that a price like that might represent a serious disincentive if they want to extend the audience to new or young players.

But he told you you’d spare 20 bucks. You think he was joking?

If I was an evil Disney marketing genius, I’d sell the game for $70 on release, knowing that some fans have been waiting for decades to know the secret and will pay a lot for it… and then after a few months, once that demographic is tapped out, I’d lower the price to $40, to get the general adventure game fans who couldn’t stomach the $70.
Then maybe 6 months after that, start dropping it to around $20 for the general audience who might take a punt at that price.

It will also depend on how much money was put up as the budget and how much they need to recoup.

But he told you you’d spare 20 bucks. You think he was joking?

I think that a price like that might represent a serious disincentive if they want to extend the audience to new or young players.

Probably, alternatively Disney’s team relies on the subscription plans, that is: for 10 $ a month, you can play any newest game you want…

…and then, after a year or so, giving it away for free! Just like a pusher would, to create a new generation of addicted people who will spend $70 for a future game thirty years from now.

I’m not sure whether I would. I have probably spent a lot more than that on the whole TWP project, especially if I include the merchandise, but… I don’t know.

I would have spent even more than $70 on MI3a, but RtMI will not be that game.

I would have spent even more than $70 on MI3a, but RtMI will not be that game.

Wait, why not? Of Course it is!

Wow. No matter what? Even without waiting for the first reviews?

I don’t think I would… unless there was so much hype around how incredible it is that I couldn’t wait.
$40 is more like my upper level.