Starship-in-a-bottle would make great merchandise too!

If you don’t have enough space to display nice Lego starships here is a miniature alternative:

Ha! In 1994 1984 we had already a Microscopic Space Fleet as part of “The Hitchhiker’s Guide to the Galaxy”: 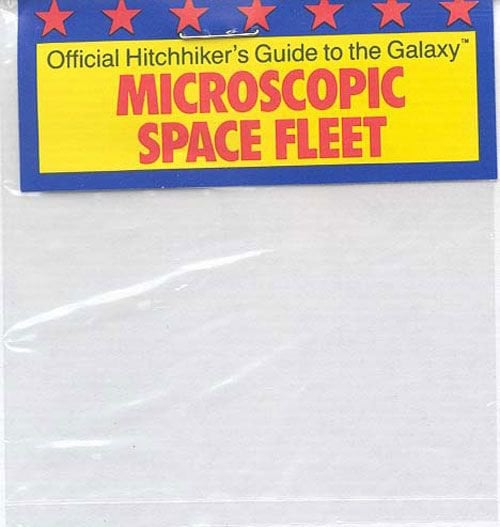 I would like to purchase another Thimbleweed Park mug.

Does anybody know where to buy it? The Fangamer website has no merchandise.

Actually, I am so enamored with its style, that I would even evaluate purchasing mugs unrelated to TWP but having the same shape.

Does anybody know where to buy it?

I fear only eBay would be the place to buy such a (used) mug. But I’m confident that you’ll find mugs in the same shape. I have seen them several times in the past. Unfortunately I can’t point you to a shop.

Thanks, I have finally found that kind of mugs searching for “diners’ mugs” on Google, which is a kind of search that I didn’t think of, previously.

Maybe I can make a custom TWP one, if I find the images.

I have one and it’s getting worn. My fave mug!

Mine too! I use it daily!