Ah, Runaway is new to me. Is it good?

Yes, you should buy it. I liked the series.

/edit: Some players complain about some frustrating puzzles. I hadn’t any problems with them, but I admit, that some of them could be frustrating. I still recommend the Runaway series.

Then don’t play part 2 because it has a cliffhanger at the end. Part 1 tells his own story. Part 2 and 3 are telling another (separate) story based on the events in part 1.

Runaway isn’t great in any respect.
It was a big budget production, but the puzzles just aren’t that fun. The graphics look nice. Locations, characters, story, voice acting … all pretty average and uninspired imo.
I’d score it a solid 5/10 or 6/10.

Seeing you already bought it… you could also watch a let’s play to see the story of part 3.

Runaway isn’t great in any respect.

I liked Runaway. The graphics were great at that time and they still have their charm. The story of part 1 was interesting and thrilling too - if you like mystery stories. On Metacritic the first part is rated with 74% and has a user score of 7.9. So it isn’t that bad at all.

The German dub is/was great too (not sure about other languages).

I agree that some of the puzzles could be frustrating. For example it is not obvious that you have to walk several times to fill the locomotive with water.

But each part is worth the 2 Euros on Gog.

/edit: btw: It wasn’t a big budget production. Pendulo Studios was and is a small indie developer. Runaway was their first adventure game that was not only released in Spain.

For me it doesn’t matter if it’s good or not. The Mac version won’t run on my (High Sierra) Mac anyway.

I don’t know Mac but this suggests it works fine using Wine on Mac:

A RPG, but maybe some of us are interested in this:

Oh great. It´s basically a twin stick shooter played on a keyboard only. What awful controls and that whole action also doesn´t leave much room for Lovecraftian atmosphere. Had there been a demo I wouldn´t have spent the money.

The game is still under development, so maybe they will add controller support? Isn’t there a way to communicate with the developers? Maybe you can write them?

(btw: The reviews on steam are mostly positive. Maybe you can add your review?)

The Devil’s Men is an adventure game that, unfortunately, is no longer in the making, but there’s a petition to change that.

Not that I think this will have any impact, but who knows? One can dream …

Had there been a demo I wouldn´t have spent the money.

The reviews on steam are mostly positive

I don’t use Steam, but the reviews on Gog are both 2/5 stars. They have a 14-day refund policy, so maybe you can still get your money back? Then wait for the fully developed version.

I know what it’s like to be into a book/author and then to be excited about a game, only to discover that the game mechanics are lame. I’m thinking of a certain Lord of the Rings game from way back.

From what I just checked it seems they would only do that in case of technical problems. Not those of the “that is not the way I want to play my game” kind.

From what I just checked it seems they would only do that in case of technical problems.

On GOG it specifically says 14-day refund, no questions asked.

Yeah it was probably from the nineties. It sounded cool in theory trying to get Frodo from the Shire all the way to Mordor with different story branches to choose, but I remember the game was just boring. There wasn’t anything fun to do along the way. I think it needed some light action, sort of like Zelda II, fighting random monsters along the road or something.

I’m thinking of a certain Lord of the Rings game from way back.

I played this one, and although it’s pretty basic, I liked that it stayed close to the books (Tom Bombadil) and it had that certain atmosphere I associate with LOTR ever since I did not play War in Middle-Earth on the Amiga (merely looking at those graphics was enouh to imagine what the game could be like. 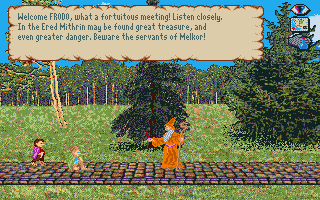 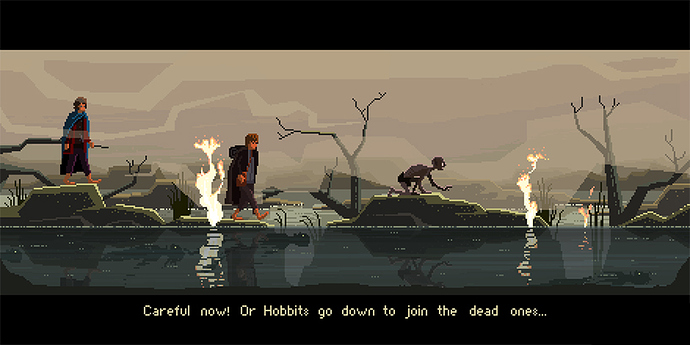 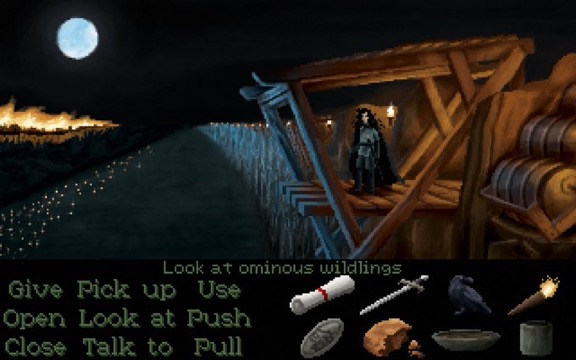 how the game should play like (image by Andrew Scaife, who needs to do some LOTR/Hobbit asap)

I also still have Return Of The King and Shadows of Mordor in my collection to play, and they seem to be pretty good:

It was somewhat boring. And I remember it had several bugs. The music of the CD version was great, though.

I played this one ,

That one is from ‘02, so definitely not. The one I played was probably War in Middle Earth for DOS made in ‘88.