Yet another Thimbleweed Park oddity

We all know the strange stuff that’s going on in that city. Who is the killer? What about the agent disappearing? Why does the clock in the Reyes family picture change side from time to time? What’s the deal with the ringing phone?

But nobody in the forum seems to have noticed this:

Look at the compass in the map, upper right. The N arrow points DOWN. It means that north is on the lower side of the map.
Why is Main Street (north) in the SOUTHERN part of Thimbleweed Park and Main Street (south) in the north?

Easy. It’s because the arrow is not just pointing north, it’s tip is actually pointing to the north pole (in this game world it’s quite green and dry there).
Since the Main Street in the image is going from bottom left to top right the one part is called Main Street (north) since it’s more to the right (north).

Just wondering: are in the US maps usually oriented with north is up? Or is a north arrow pointing down not uncommon?

Maybe I’m being dumb, but that makes no sense at all to me!

Maybe I’m being dumb, but that makes no sense at all to me!

Well, most parts of the game makes no sense!

are in the US maps usually oriented with north is up? Or is a north arrow pointing down not uncommon?

It´s most common in the northern hemisphere, might be different down south. I don´t know.

Anyway if you´re standing on the vista looking at the sunset it really seems to be on the right side of the map, meaning west is on the right and east on the left side so north might really be down and south up. So the main street markers might as well be wrong.

So the main street markers might as well be wrong.

As Ron said (somewhere): Everything in the game is intended. (Except the few things they had overlooked. But everything else is definitively intended.)

Okay then…oh…Thimbleweed Park takes place in the Upside Down or maybe the Black Lodge (though maybe not as everybody is speaking forwards).

Thimbleweed Park takes place in the Upside Down …

No, that’s this game: 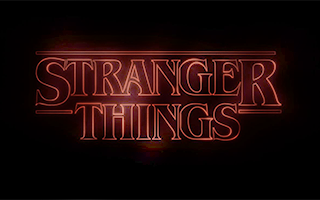 A short one-room game based on Netflix's "Stranger Things"

I would have loved it so much if that would´ve been a full game!

Just wondering: are in the US maps usually oriented with north is up?

I don’t know about US but it’s common for local maps to be oriented in some way which makes more sense for the shape or buildings of the area. It even could have been chosen by the one drawing the map in a way to have a better place for putting the legend on one side.

It even could have been chosen by the one drawing the map in a way to have a better place for putting the legend on one side.

Or simply no one has cared about it: The one who draw the map just found it more pretty to draw the arrow down and the devs decided to put the north to the upper side. But that’s only a extreme vague and odd theory …

I meant it in a more general way about people drawing maps, not related to TWP but just using this map as an example (e.g. placing of legend).

Regarding TWP the arrow pointing north could have been really just an oversight, at least I don’t have a proper explanation.

I still believe that the pointing of the arrow is consequential with the location of the sunset.

Yes, especially Mark asked a lot about where the sun is and the light comes from etc.
But it just means the descriptions are wrong vs. the arrow.

Yeah when I saw this problem I immediatly tried to figure out which variant is wrong and I settle with the description (which would be very easy to fix if they wanted to). Unless they want us to speculate ad infinutum that this means something deeper.

I don’t know why the north side of Main Street appears above the south side of it, but if you are interested into an analysis of this map, read this wonderful article about Thimbleweed Park urbanism by Konstantinos Dimopoulos.

Also, I’ve realized only now that in some places the player can move the character outside the map:

Also, I’ve realized only now that in some places the player can move the character outside the map:

The map shows only the roads, not the small trails through the wood (like a real map :)).

Yes, I worded it poorly. I meant that I didn’t realize that the character could be moved after the end of some roads.