Continuing the discussion from Things to do while waiting for RtMI:

This topic is not about these kind of bricks: For those who've completed the game, what was the hardest puzzle? - #125 by Nor_Treblig

Post about MOCs in general and where to get them:

Things to do while waiting for RtMI Off-topic

Your misunderstanding is understandable. I tried to make it look like I have the big thing by faking early building steps (I specifically bought those grey 2x2 Technic bricks just to make this picture…). MOCs (My Own Creation) are custom brick builds by fans. Kids are basically building MOCs all the time. (Adults on the other hand often buy sets like this Millenium Falcon for 850 EUR to build it exactly once, put it in a display case and never touch it again.) People (kids plus adults) bui…

Things to do while waiting for RtMI

I’m not into Lego… no longer, I mean.

As kid I’ve played with Lego City and space sets, later I moved to Lego Technic.
This Lego Technic Space Shuttle (8480) was one of the last sets I bought as a teenager. It’s a great Lego Technic model (abstract and with a lot of functions). 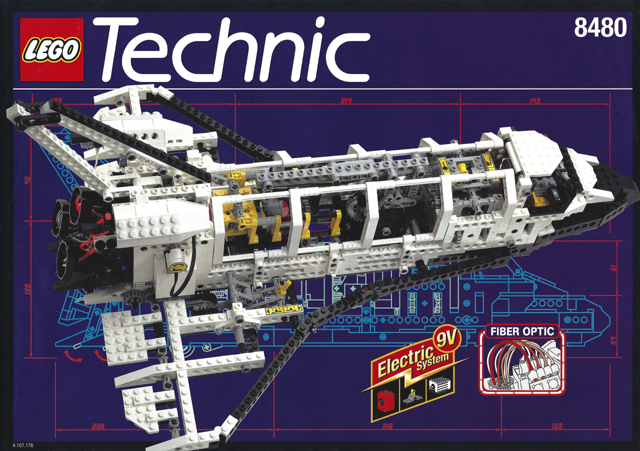 Christmas 2021 I bought a Lego set as present when I saw this one in the Lego store (which I promptly got for myself): Lego Creator Export NASA Space Shuttle Discovery(10283) 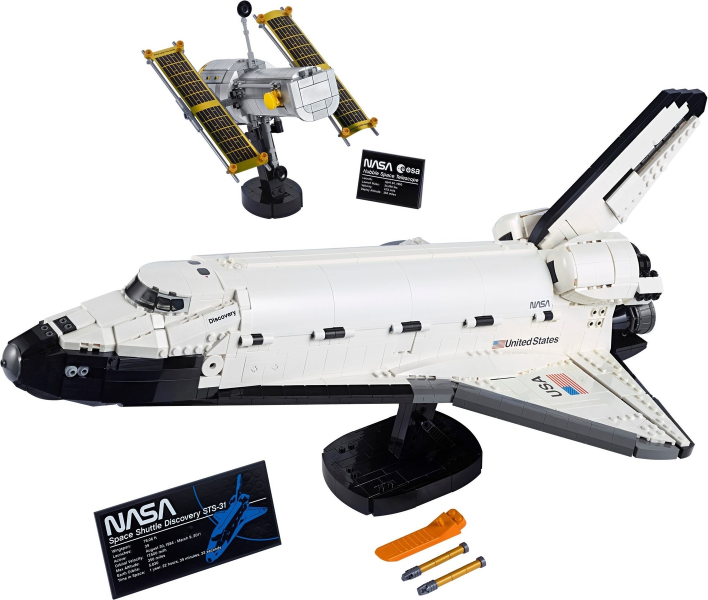 This got me little bit back into bricks.

This year I’ve learned what’s currently up with Lego (and also what’s all wrong about them now…), I’ve seen a lot of new pieces, and especially: a lot of new colours.
So. Many. Colours. 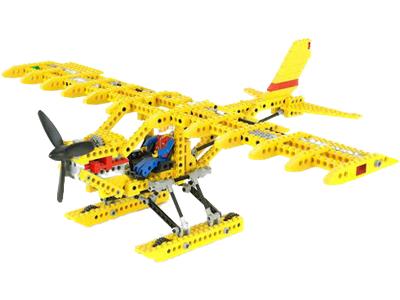 Looks like the ugly stick figure alone is now worth about 88€.

Christmas 2021 I bought a Lego set as present

That’s what I did for a while as long as there were kids in the family that had the appropriate age, though it was always a bit challenging to find good ones.

I was also eying the VW camper van they had for a while, and I nearly got that for my father …

You’re probably watching some of https://www.youtube.com/c/HeldderSteine, and if not you should!

Looks like the ugly stick figure alone is now worth about 88€.

Yes, the price of rare parts or parts in rare colours can be crazy…
That seagull mentioned in the other thread isn’t even old! Produced from 2013 to 2022 in 5 sets total (there is only one colour).

But note that the price on BrickEconomy seems to be for sets/parts in new condition.

I was also eying the VW camper van they had for a while, and I nearly got that for my father … 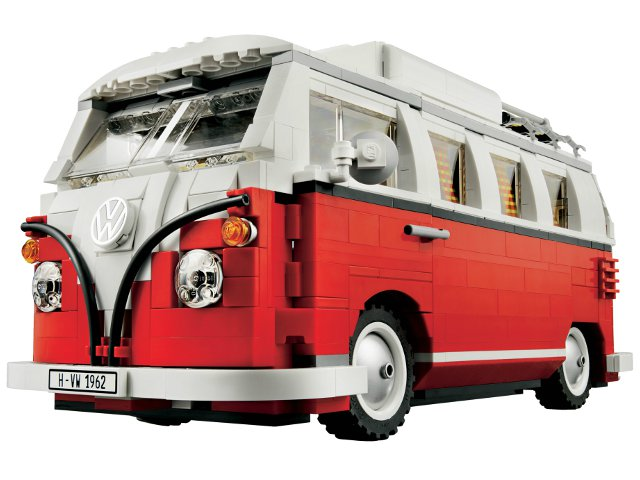 I think that’s a great one and better than the more recent one: LegoVolkswagen T2 Camper Van (VW Bus) (10279) 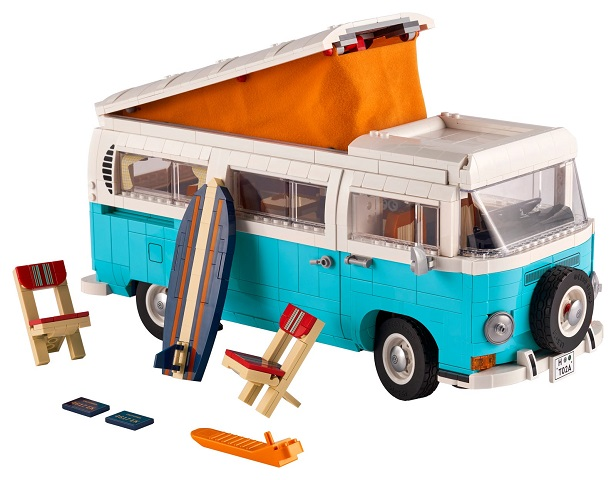 it was always a bit challenging to find good ones

Yes, that’s one of the many problems with Lego: It seems like they are concentrating solely on making UCS (Ultimate Collector Series) sets for adults for crazy prices…
Lego City and Lego Technic got horribly bad. Generally Creator sets (especially 3-in-1) are nice. Lego Friends wouldn’t be that bad if it weren’t for those figures…

Yeah, that’s the one. Didn’t even know there was a successor.

You’re probably watching some of https://www.youtube.com/c/HeldderSteine, and if not you should!

I do. For some reason I got a video from him recommended by YouTube several years ago and I remembered him at the end of last year. I’ve watched a bunch more of him since then.

Regarding alternative brands:
I’m a Star Trek fan and thanks to the Held I know that since beginning of this year BlueBrixx starting releasing Star Trek models (44 sets total at the moment).

BlueBrixx is a German company importing and selling brick sets. They are also making their own sets but they don’t produce bricks themselves (those are bought from Chinese manufactures). The Star Trek models are officially licensed from Paramount/CBS and designed by BlueBrixx.

Here you can see just the bricks brands BlueBrixx is selling: BlueBrixx
But there are many, many more.

Most are Chinese.
COBI is a nice example for a company producing in EU only (they are Polish). They are making mostly stuff for adults though (vehicles, military).

However, the coolest part, the one that took me right down memory lane, was a display of 30 year old space LEGO.

They recently made a re-release of the Galaxy Explorer (497) 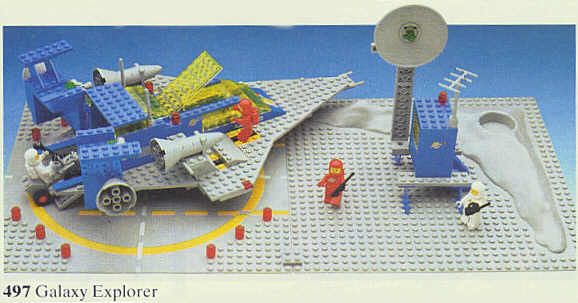 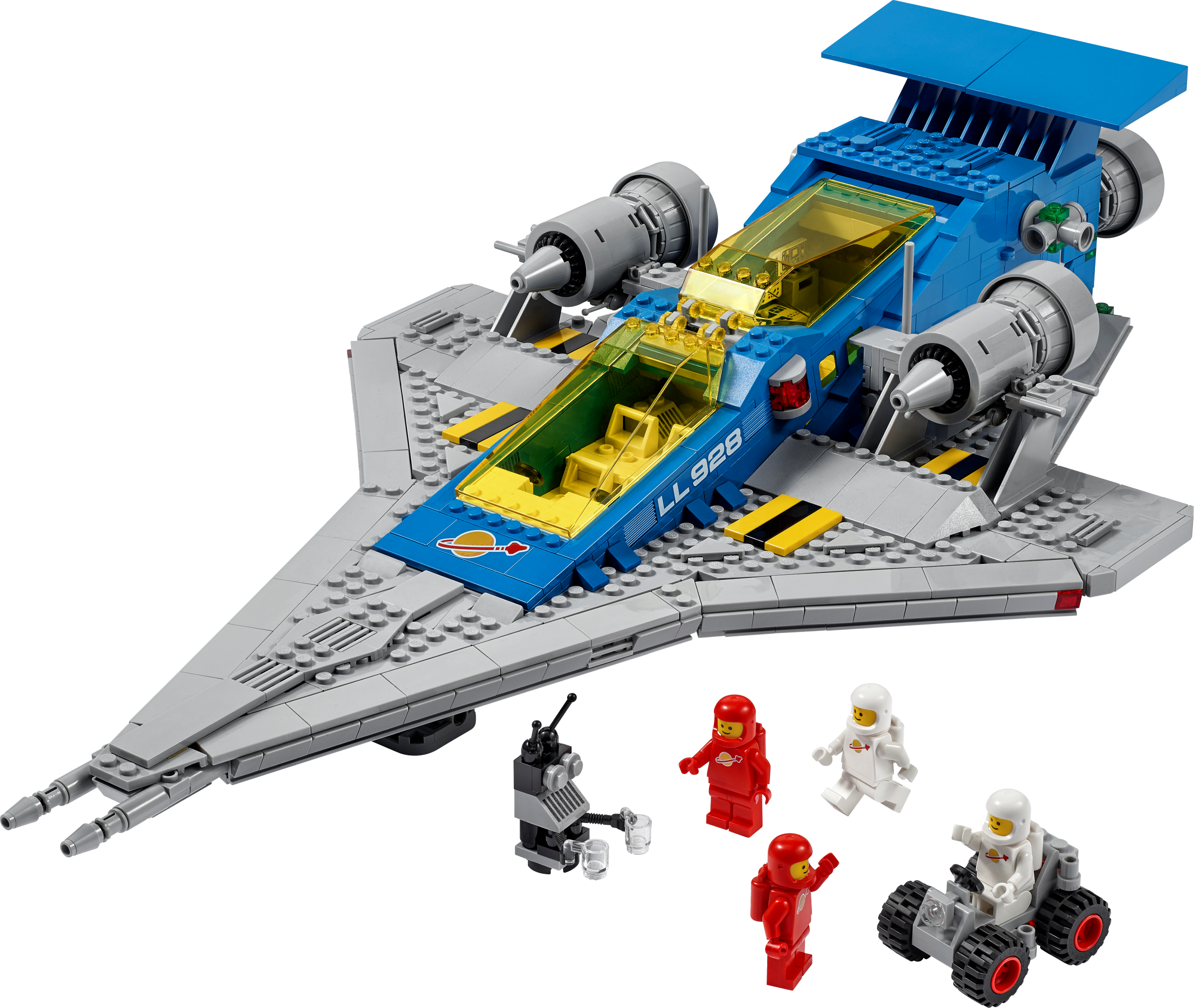 BlueBrixx is a German company importing and selling brick sets.

They have even stores in Germany.

Got this and the Mini. 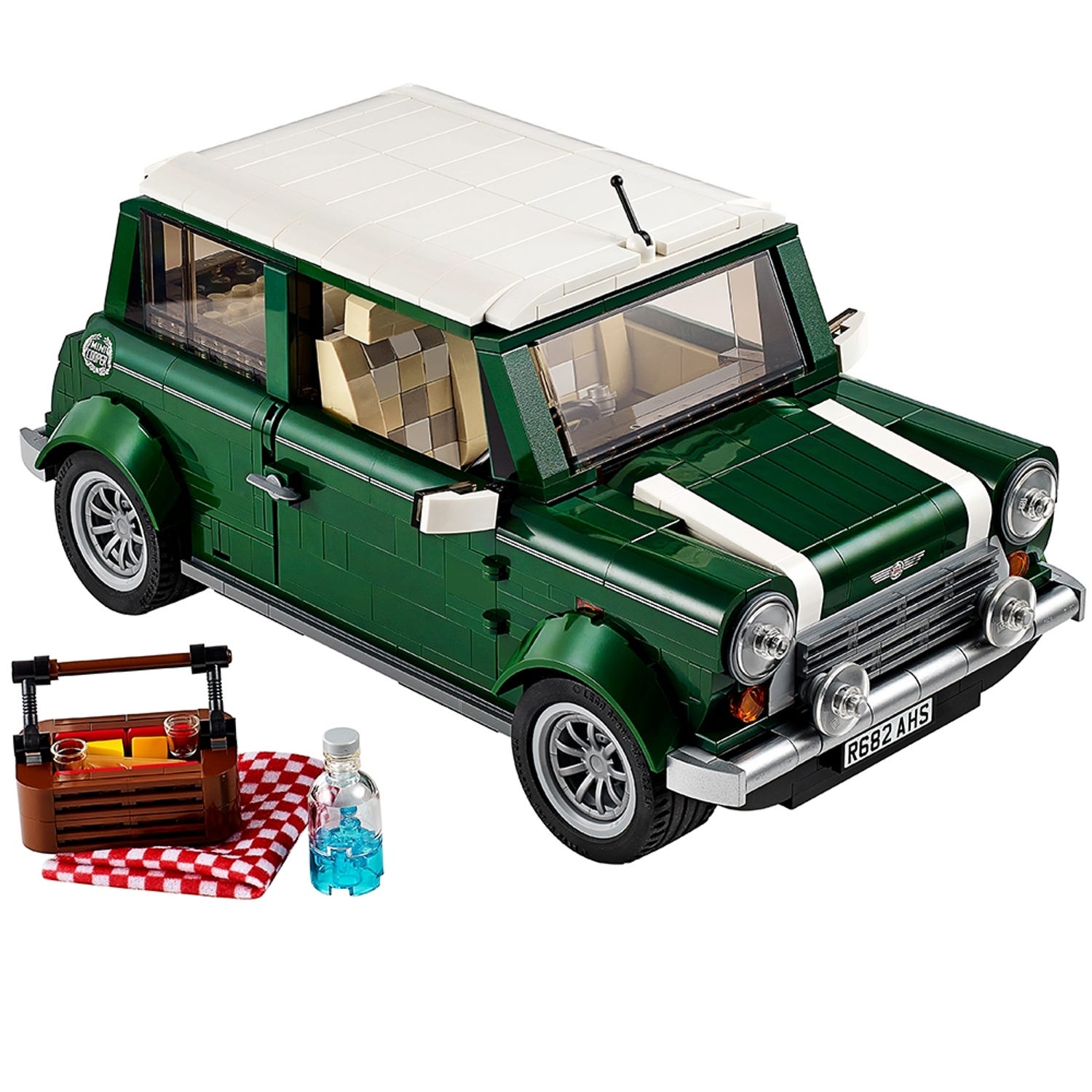 They have even stores in Germany.

Yes, and quite a bunch!
3 Mega-Stores and 19 smaller ones: BlueBrixx
Luckily they also do international shipping.

With bread and cheese, that’s cute!

Of course we pixel art connoisseurs like big architecture condensed in miniature versions out of pixels, or bricks!

I know one who got the Paris one: 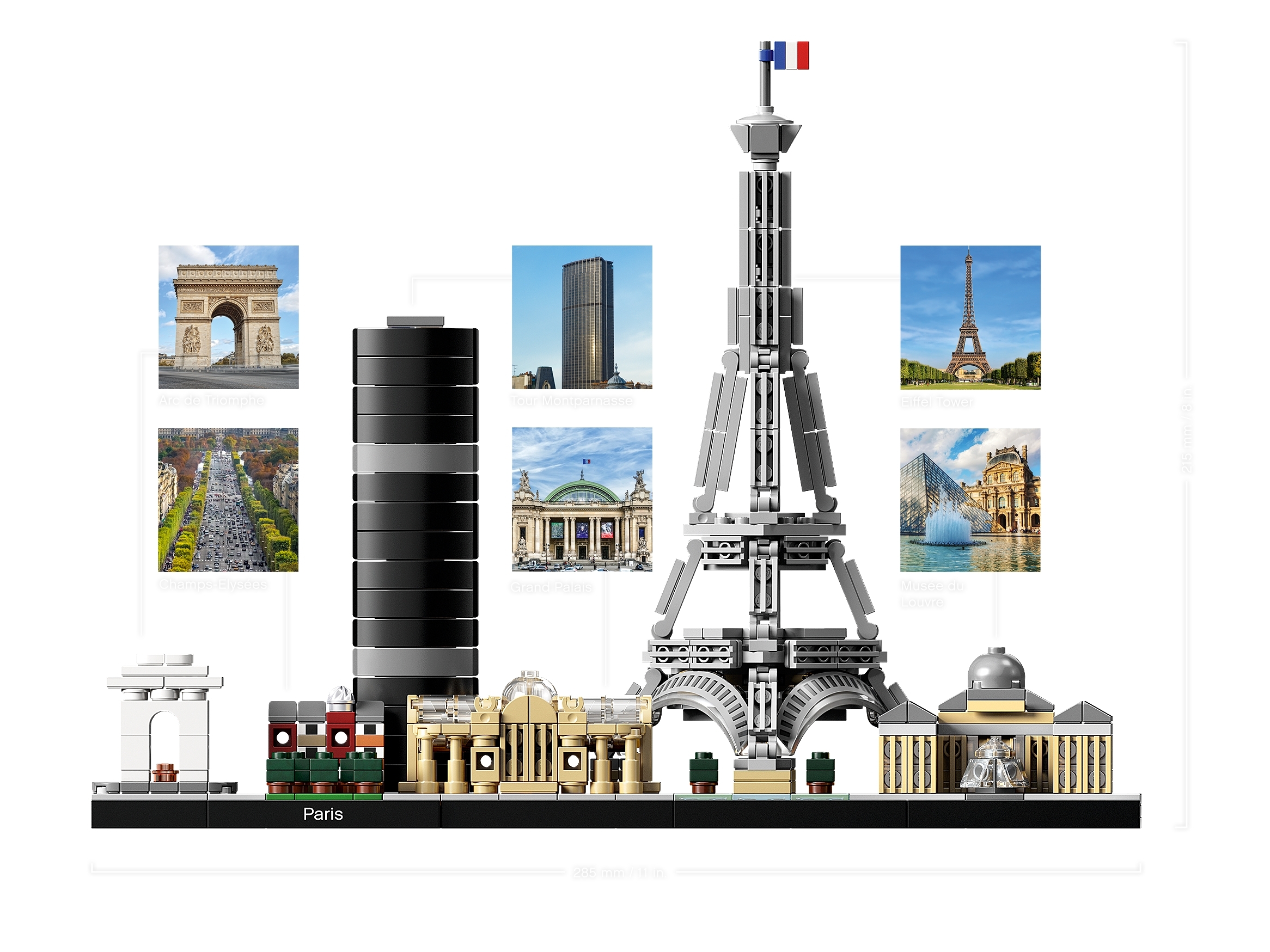 It’s not bad but something is really bothering:

For this person who got the Lego set I also got this MOC which is a really great Paris skyline: 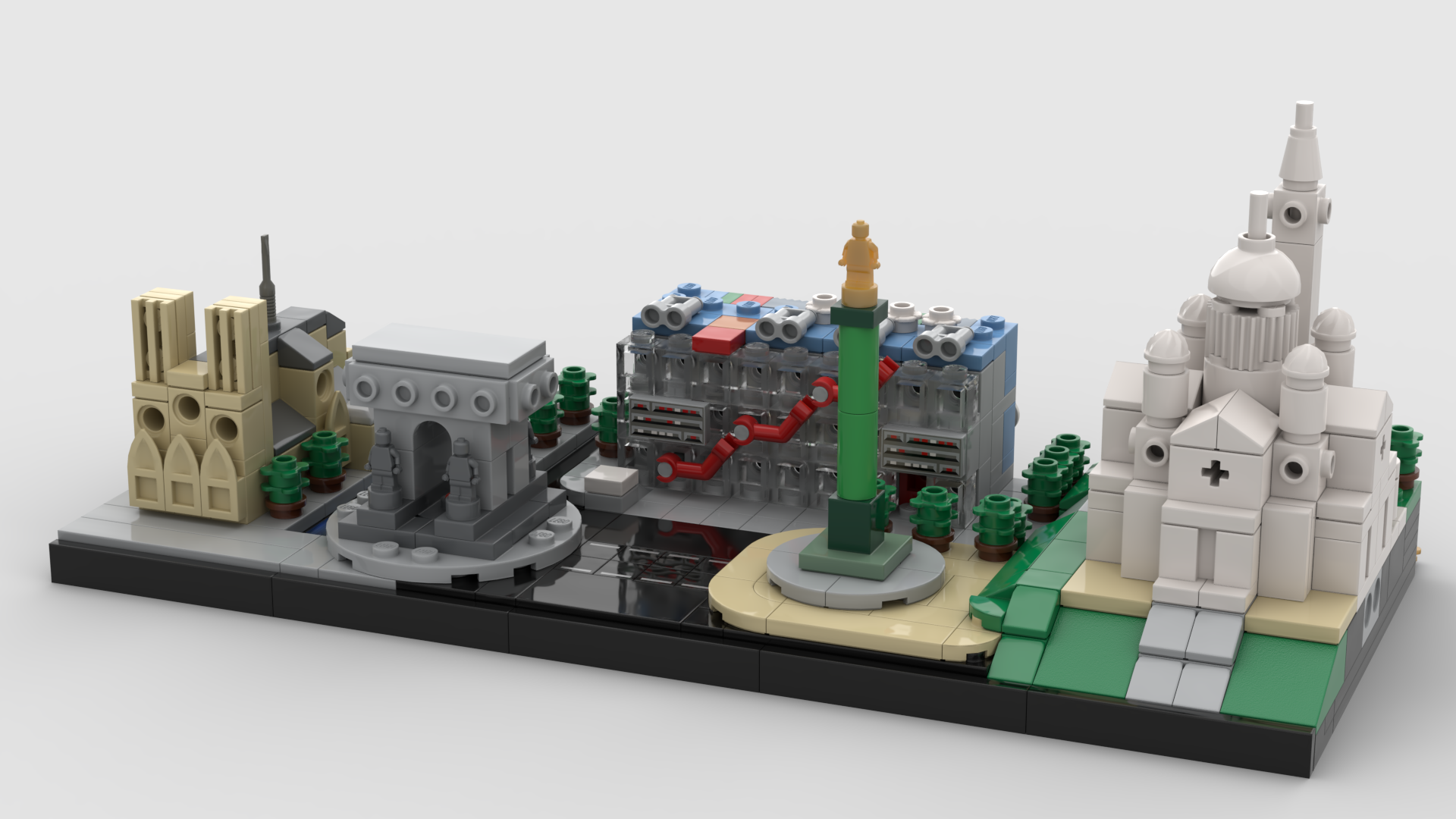 Of course it has Notre-Dame!
And if you like, for some reason, you can remove that screwdriver from the top of it.

Yeah, some of their stuff looks really nice. That one’s not part of the Architecture series, but it’s architecture nonetheless: 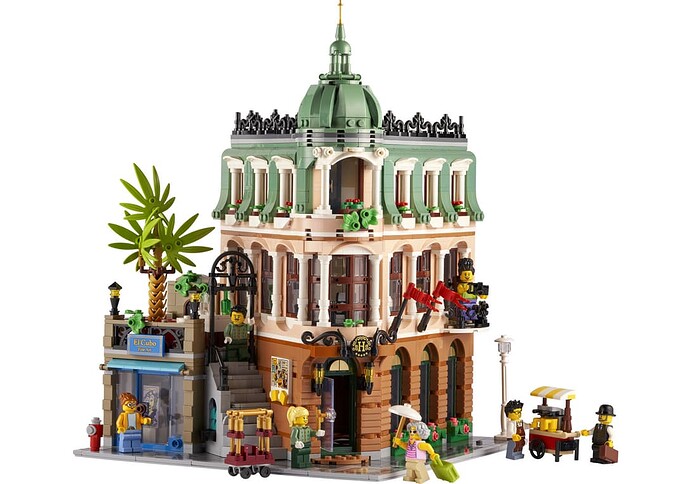 They recently made a re-release of the Galaxy Explorer (497)

The “remake” looks quite impressive, compared to the original. Either a lot more custom parts, or the ways to assemble parts have much improved (or both).

Anyway, I do have this 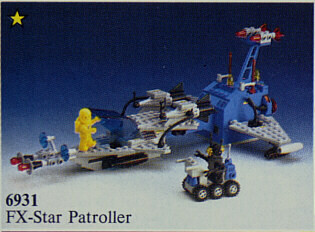 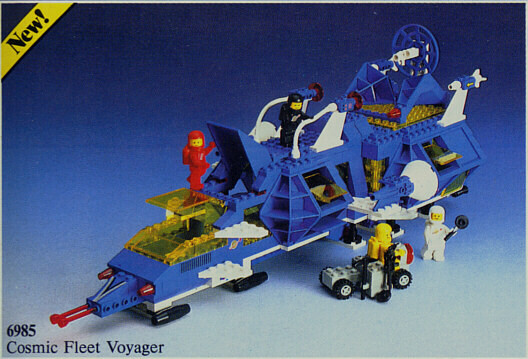 from that series, amongst others.

Some extremely nice models all in all, and with all those parts also quite easy to build something custom.

That one’s not part of the Architecture series, but it’s architecture nonetheless:

I’m not really into Marvel&Co but I like the details in and around this building from Spider-Man: Daily Bugle (76178)

It has nice construction techniques (e.g. vending machine or the kiosk outside), and great details. One annoying thing for me is the lift which is just… implied.

The “remake” looks quite impressive, compared to the original. Either a lot more custom parts, or the ways to assemble parts have much improved (or both).

It’s also bigger than the original, more or less a beefed up version, let’s call it: A Remaster!
A lot of parts have been introduced since 1979, but they didn’t go too crazy on that model. But it has a nice modern finish with tiles.
There are quite a lot of custom parts but it’s all about prints this time. Yep. No stickers. Crazy! (Can you hear all the Star Wars fans weeping?)

It doesn’t come with cool moon landscape base plates though.
It’s like Special Editions of Monkey Island but no code wheels

Anyway, I do have this

from that series, amongst others.

Yep, classic space. I like those simple helmets without visor!
(Don’t try this at home! If you live in space.)

[Architecture model] … It’s not bad but something is really bothering:

Yes, this applies to many of the models, IMHO. Some parts are very good, but other … well …

Some of the bigger Architecture models are better in that way. Really great are for example the London models, for example the tower bridge (which has a friend of mine): 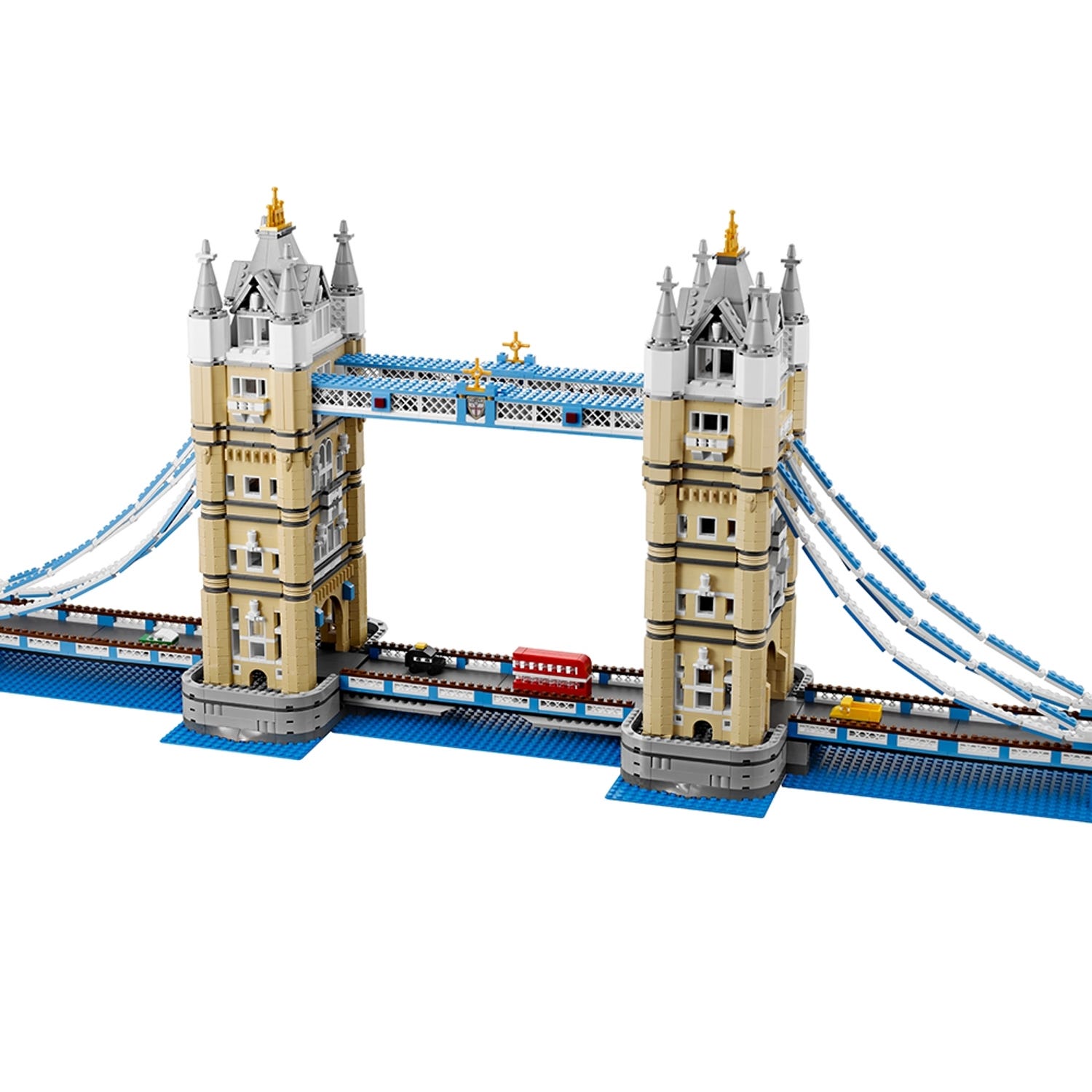 Yeah, some of their stuff looks really nice. That one’s not part of the Architecture series, but it’s architecture nonetheless:

The modular buildings are really great. They are designed to have a lot of fun during the building process: They are full of details and at least I am surprised which ideas the designers had. For example they used croissants to build ornaments on a roof: 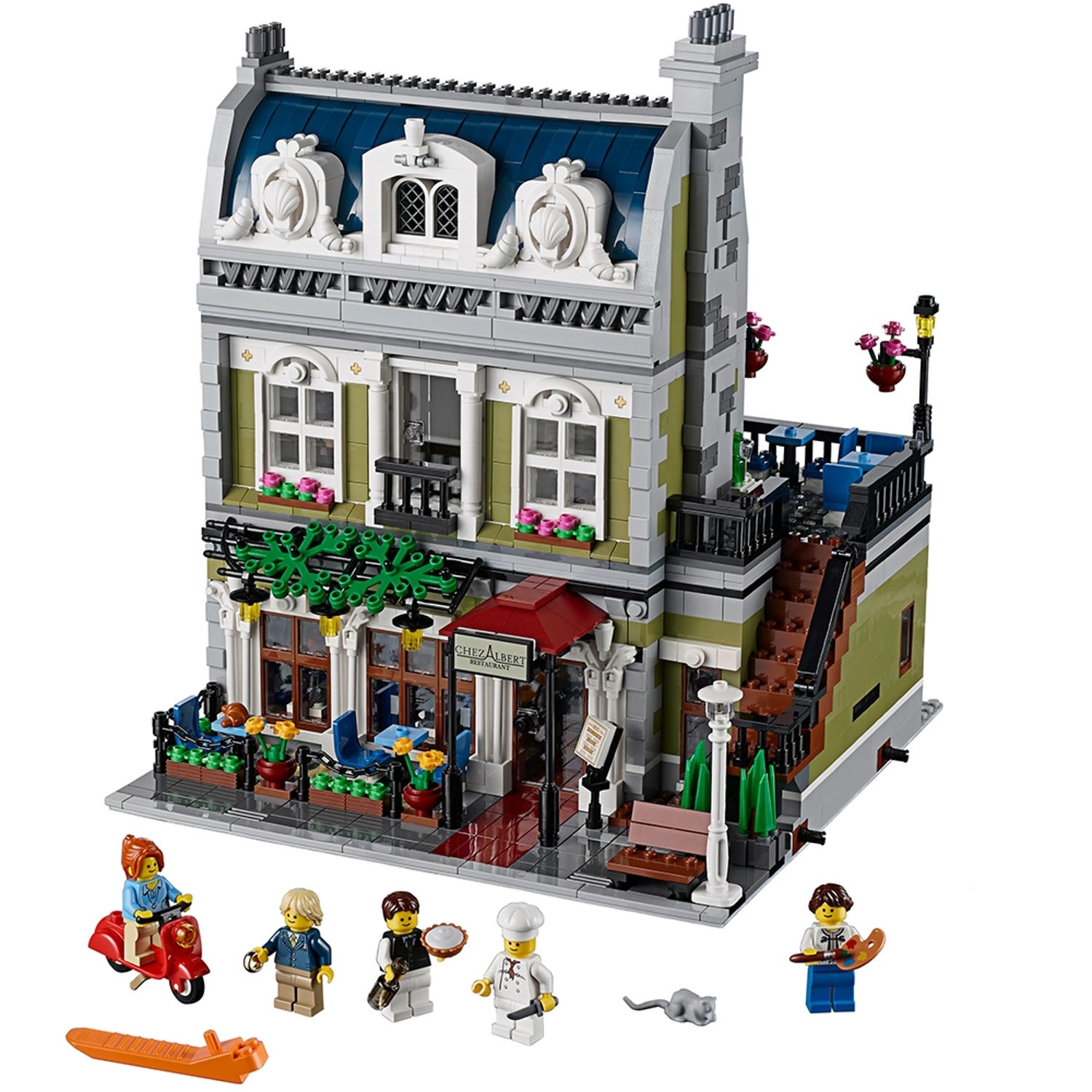 Have an unforgettable evening at the amazing Parisian Restaurant!

They used to get broken.

I loved that they used this in the Lego movie(s): 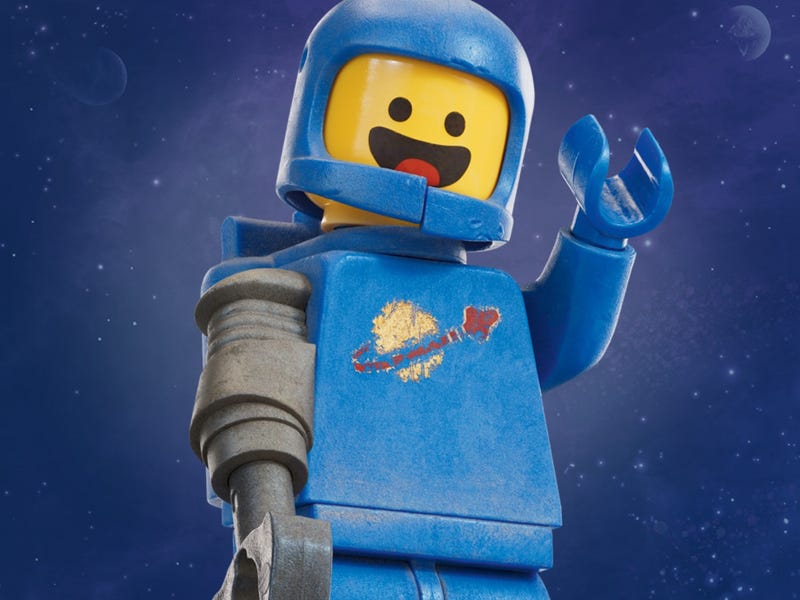 Yep, classic space. I like those simple helmets without visor! 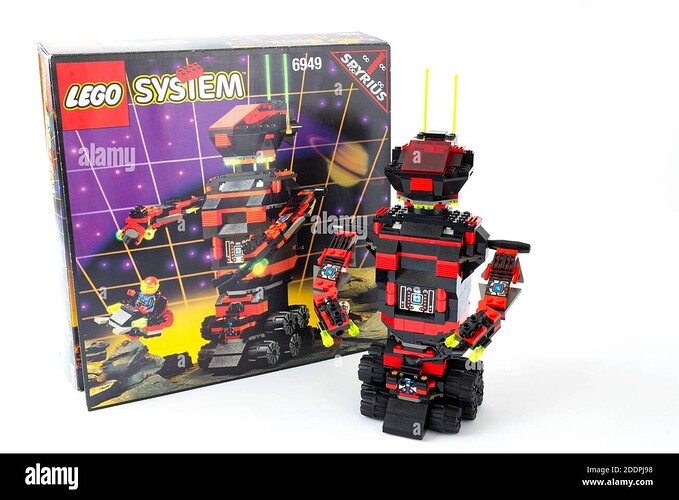 That’s a big one, 4300 parts! Looks nice and includes London bus and taxi.

I know one who got the London skyline (21034).
Also nice but the London Eye looks super dangerous… 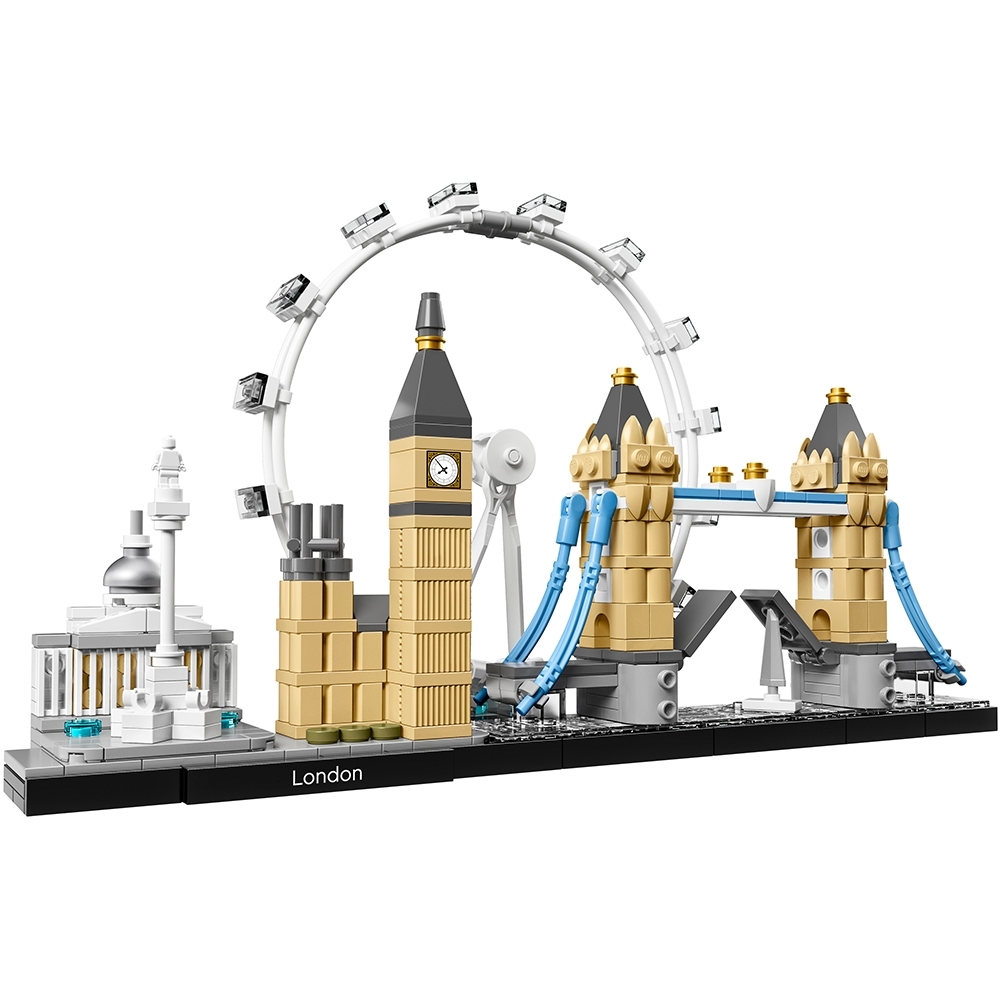 And if this isn’t small enough there is an ever smaller version on rebrickable: London skyline - the nano version 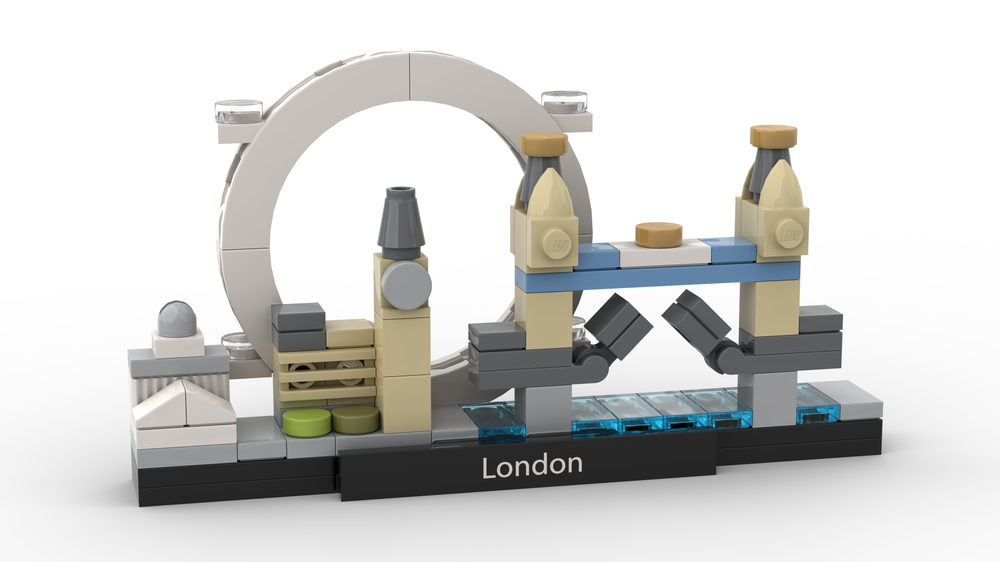 I loved that they used this in the Lego movie(s):

Oh, there are even bite marks!
I’ve seen the first movie and liked it, was a nice fan service

That picture must have been from the 2nd one, I don’t remember him losing a limb. I hope he isn’t going down the Anakin route…

Spyrius, from 1994? Didn’t know this series, it looks like a continuation of M-Tron! In this Spyrius series was also a big moon base with a large base plate (from 1991, Blacktron II): 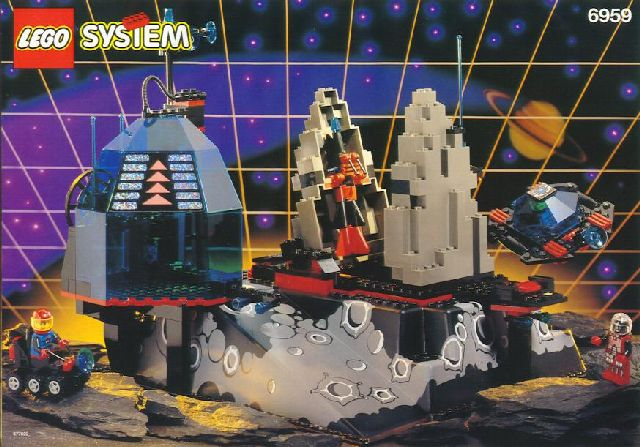 I have some evil counterpart to those guys. 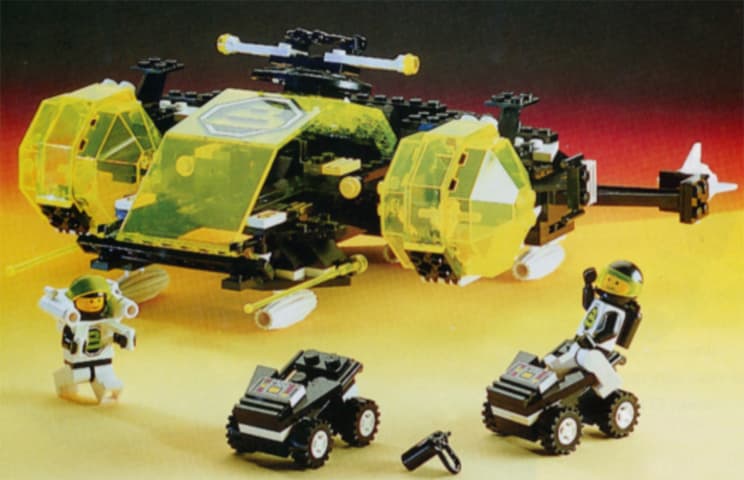 I have some evil counterpart to those guys.

Those evil Blacktrons ∗shaking fist∗!
Oh, they also had a six-wheeler (6933) (but with smaller wheels): 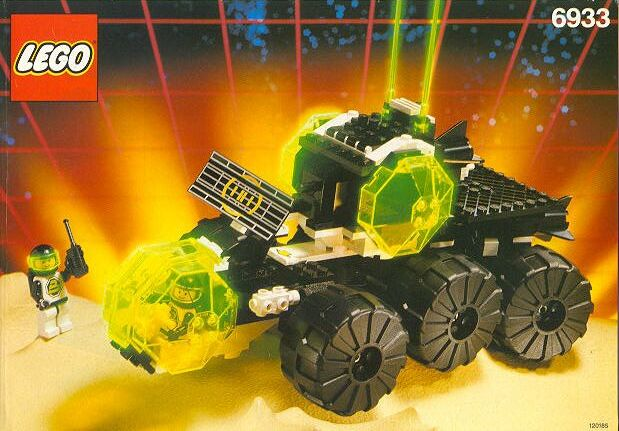 Indeed, I thought that too.

[Lego Movie] … I’ve seen the first movie and liked it, was a nice fan service

I loved the plot twist at the end of the movie.

The picture of “Benny” is from the second movie, which I have to watch too.

Same here, never heard of it. But it was after my active Lego time and back then I was never a fan of robot models. And after seeing the pictures, I have to admit that I like the “classic” space sets more. Especially the monorail(s) were great: 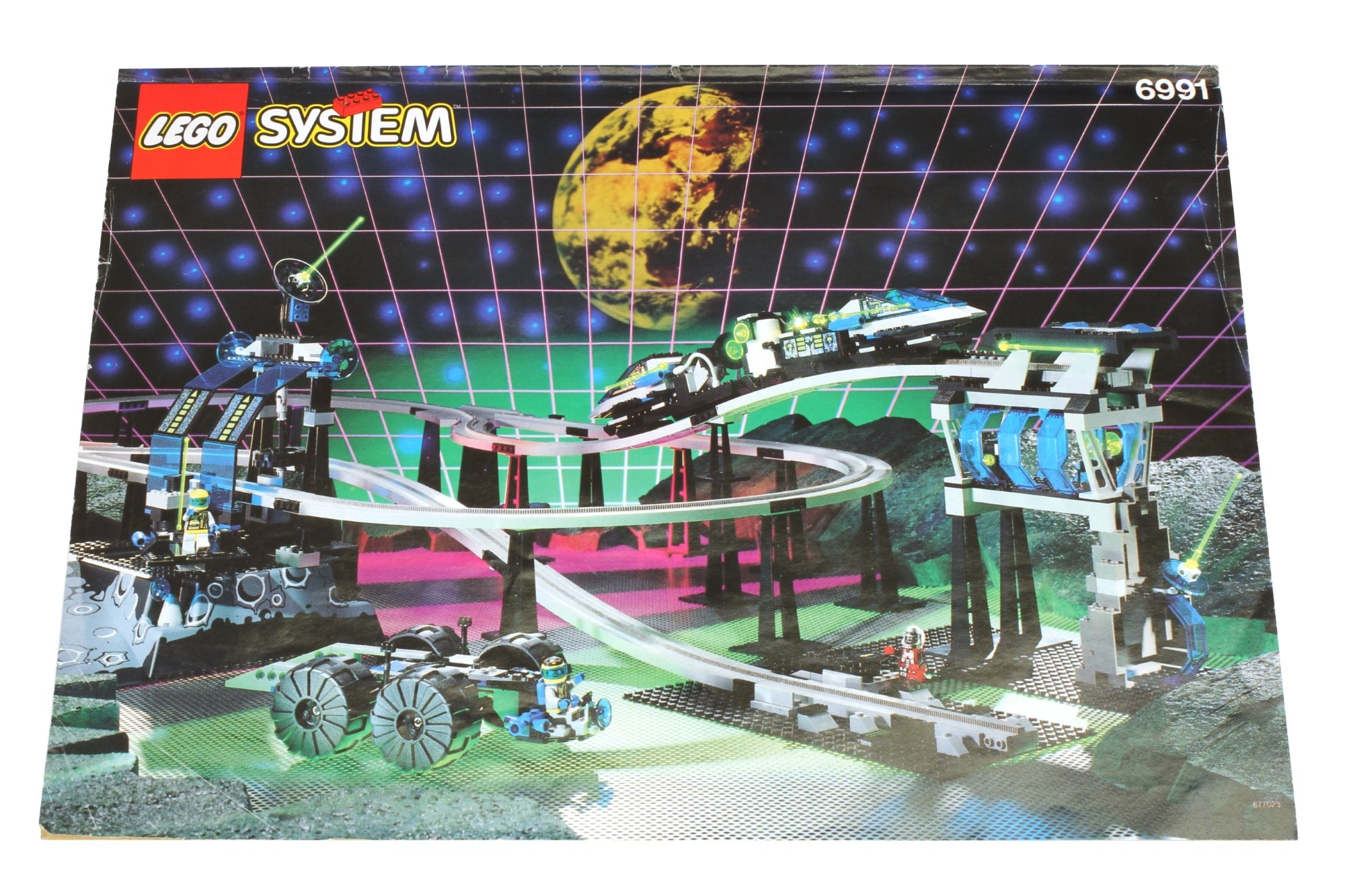