Who remembers this classic?

I know we’ve got a proper continental mix here, Mostly Europe a few Brits some yanks. What tv do you get nostalgic about?

I should point out to those who don’t know, that is Rent-A-Ghost a wonderfully British kids tv show where you guessed it you rent a ghost…

What tv do you get nostalgic about?

I don’t know that one, is it an American show Matt?

Yes, it’s a show for young children, sort of like Sesame Street, but much more zen and focused on emotional wellbeing. It’s one of the few shows I grew up with that still holds up.

Brilliant! Sounds good. We had some good kids shows here in the UK, as well as Rent-A-Ghost, we had Worzel Gummage (John Perwee who was the 3rd doctor and Una Stubbs the Landlady in Sherlock) about a scarecrow and his girlfriend. I think in all honesty kids tv has gone down hill, of course I am much older now but I do think the older shows had a charm that new ones don’t.

We kinda discussed this already here:

As suggested by @milanfahrnholz in another thread I’ll open a new thread for your favourite theme songs from our childhood TV shows. I’ll start with a classic:

Ok, it was more about the theme songs than the actual show, but for sure it was a mix of both (we stayed pretty well on topic)

Is Mr. Rogers the horse? I know there are lots of pop culture references to a Mr. Rogers, including in one of the Monkey Island games.

What tv do you get nostalgic about?

Many German TV shows, that most of you don’t know.

A German classic is the “Sendung mit der Maus” (The TV show with the mouse):

Die Sendung mit der Maus (The Show with the Mouse) is a children's series on German television that has been called "the school of the nation". The show first aired on 7 March 1971. Originally called Lach- und Sachgeschichten für Fernsehanfänger ("Laughing and Learning Stories for Television Beginners"), it was controversial because German law prohibited television for children under six years of age. The program was initially condemned by teachers and childcare professionals as bad f Aimed at yo... 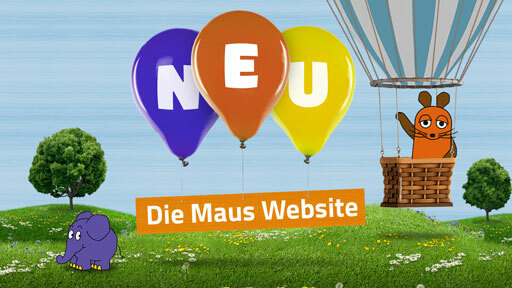 Is Mr. Rogers the horse?

Ah, I confused with Mr. Ed!

Let’s see how your knowledge is on classic Belgian - or even European- TV shows.

I’ll shine your shoes for a nickle, sir!
only brown…

Is Mr. Rogers the horse?

This is a trailer for the new documentary on him:

Ah, I confused with Mr. Ed!

Let’s see how your knowledge is on classic Belgian - or even European- TV shows.

I reckon we also got the majority of them and vice versa. I’m not sure I was even really consciously aware that Samson & Gert were Belgian; back in '89/'90ish I probably just thought they were putting on funny voices.

I lived in Germany for a short time, I know more than you might think.

I lived in Germany for a short time, I know more than you might think.

Arabela was a children's television series produced in Czechoslovakia which aired from 1979 to 1981. The series has 13 episodes and is in the Czech language. The series revolves around the members of a regular family, the Majers, who encounter people from the Fairy Tale Kingdom. Karel Majer, an actor and fairy tale reader on children's TV, one day finds a small bell which, when rung, summons an enigmatic figure calling himself Rumburak the Magician who claims that he is intend on fulfilling ever...

Quite fond memories of that one, and I came so close to buying it on DVD (I had it in my hand already!). Though in the end, I decided I’d rather keep my fond memories

I once wanted to find the place where they filmed that, but it seems they tore down the entire block long ago. Which actually isn´t that big of a surprise if you consider how it looks in the show.

I wan’t a kid, so no. But Stromberg and things. Your shows remind me of ours in a lot of ways.