I have just finished to play “Four Last Things”, a point-and-click adventure game that uses bits of Renaissance paintings for its backgrounds and characters, resulting in a visual style similar to what Terry Gilliam might have created.

I liked the game and I wanted to share with you my opinion on it.

The plot is quite simple: for bureaucratic reasons a local church cannot let a peasant to confess his sins, because they were not committed in that jurisdiction. The only way for the peasant to be accepted by the local church is to commit his sins again (which are all seven deadly sins) in that territory.

This premise might suggest to Monty Python fans that the game is centered around the classic irreverent humor of the British comedians but actually the already mentioned satirical plot and the character animations are the only two elements of the game that might be considered “pythonesque”: the dialogs are in fact very thin and the jokes quite light, so I chuckled a few times but I never experienced a good deep laugh.

Despite this not-fully-pythonesque humor, the game is recommended to those who want to be reminded of some clumsy Gilliam animations (but you have to find them) and to everyone who likes Renaissance paintings; while there are not serious surreal elements in textual form, the game is full of parts of Hieronymus Bosch paintings.

The trailer of the game will give you a good example of its style:

Some of the puzzles to solve to commit sins are quite clever, especially one of them. I think that it’s one of the most interesting puzzles that I’ve encountered in the adventure games played this year. Two of the seven sins to commit are incredibly easy to achieve but the other five should provide some food for thought.

Overall, the game is quite short (non-completist players should be able to finish it in about two hours) but it doesn’t cost very much and I recommend it to anyone who likes the art style or the satirical premise of the story.

I checked out the trailer and there was much rejoicing…yay!

BTW, I’ve found a thread on Steam in which some players have shared other games based on art, both classical and more recent art movements.

You know what I like? The art style of The Little Prince. It has been kind of used many times on Genesis album covers (Duke, We Can´t Dance) or Moby videos (Why Does My Heart Feel So Bad?) and short films. I think there just has to be a game that has that distinct look.

I remember backing this game last year around the same time I’ve also backed another, similar game: Lancelot’s Hangover: The Quest for the Holy Booze

Lancelot’s Hangover: The Quest for the Holy Booze

“Lancelot’s Hangover: The Quest for the Holy Booze” is definitely more irreverent that “Four Last Things” and I liked the game when I saw it for the first time, but for some reason I got the impression that the production was a bit slow. @Nor_Treblig : do you, as a backer, have the impression that everything is proceeding as planned?

A small pythonesque off-topic: @milanfahrnholz , did you see Spamalot (the musical)?

A small pythonesque off-topic: @milanfahrnholz , did you see Spamalot (the musical)?

Unfortunatly not, I also wouldn´t know how(outside of a trip to London), to be honest. But I hear great things about it.

I saw the live webcast of the one off reunion show in 2014, though. When Terry Jones was still in good shape.

I was one of the original KS backers for Four Last Things. I confirm a play time of 2 hours. I have also completed it on Linux using Wine.

And, for the future, I am currently beta testing an Android version of the game.

“Lancelot’s Hangover: The Quest for the Holy Booze” […] do you, as a backer, have the impression that everything is proceeding as planned?

The original estimated date of release was around end of 2016, similar to Four Last Things. Currently it’s been pushed to 2018, so according for Kickstarter standards everything’s on track

Also he learned to master the art of Puzzle Dependency Charts™, so nothing can go wrong: 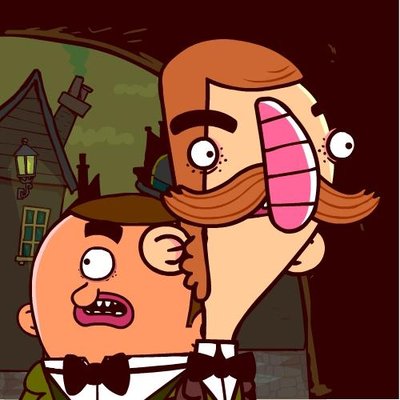 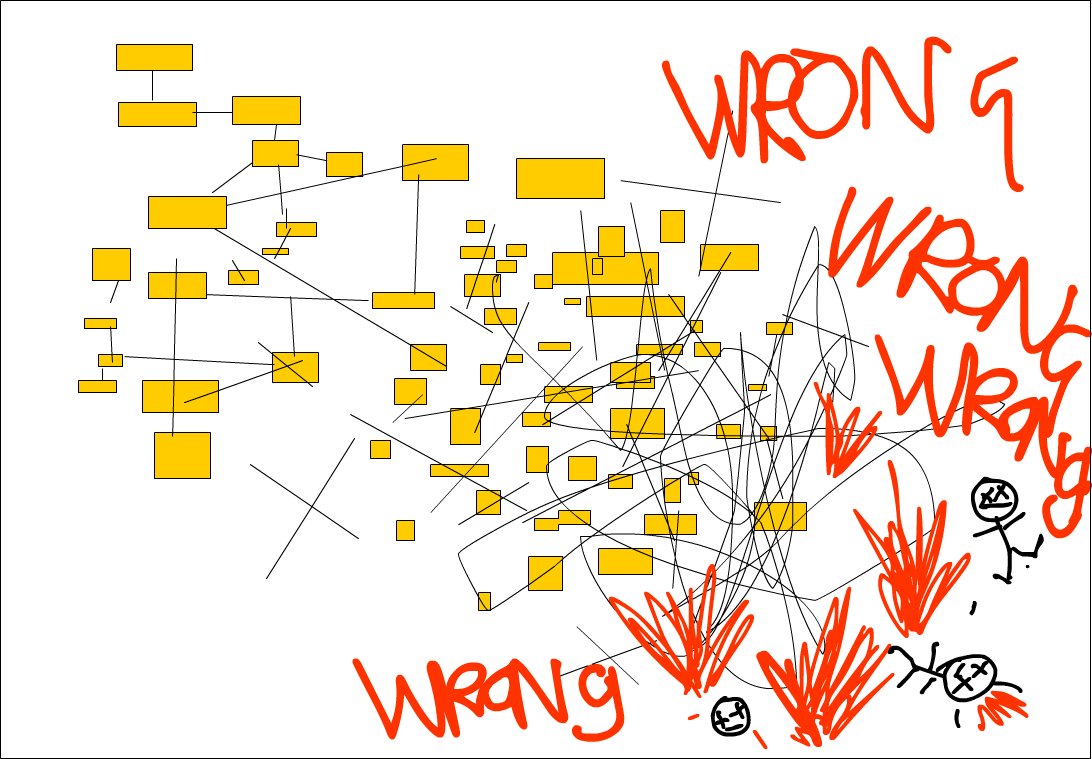 I also wouldn´t know how(outside of a trip to London), to be honest.

If you want you can find a very bad video of it on YouTube.

I’m not sure I would like to see the London version, but I would have loved to see the original Broadway show.

so according for Kickstarter standards everything’s on track

That’s nice to know, thanks. Some features of the game will probably make it more interesting to me than “Four Last Things”. I’m pretty sure I’ll buy it when it will be released.

ADDED: The reason why I perceived that the development was slowed down is because the author re-designed many puzzles, as stated here:

The puzzles for Lancelot’s Hangover hit a bit of a snag recently, after the release of Terrible Toybox’s Thimbleweed Park.

Joe Richardson is going to make a sequel to Four Last Things named The Procession to Calvary.

A Kickstarter campaign is currently in progress and ends around 2018-09-06, estimated delivery is in one year: 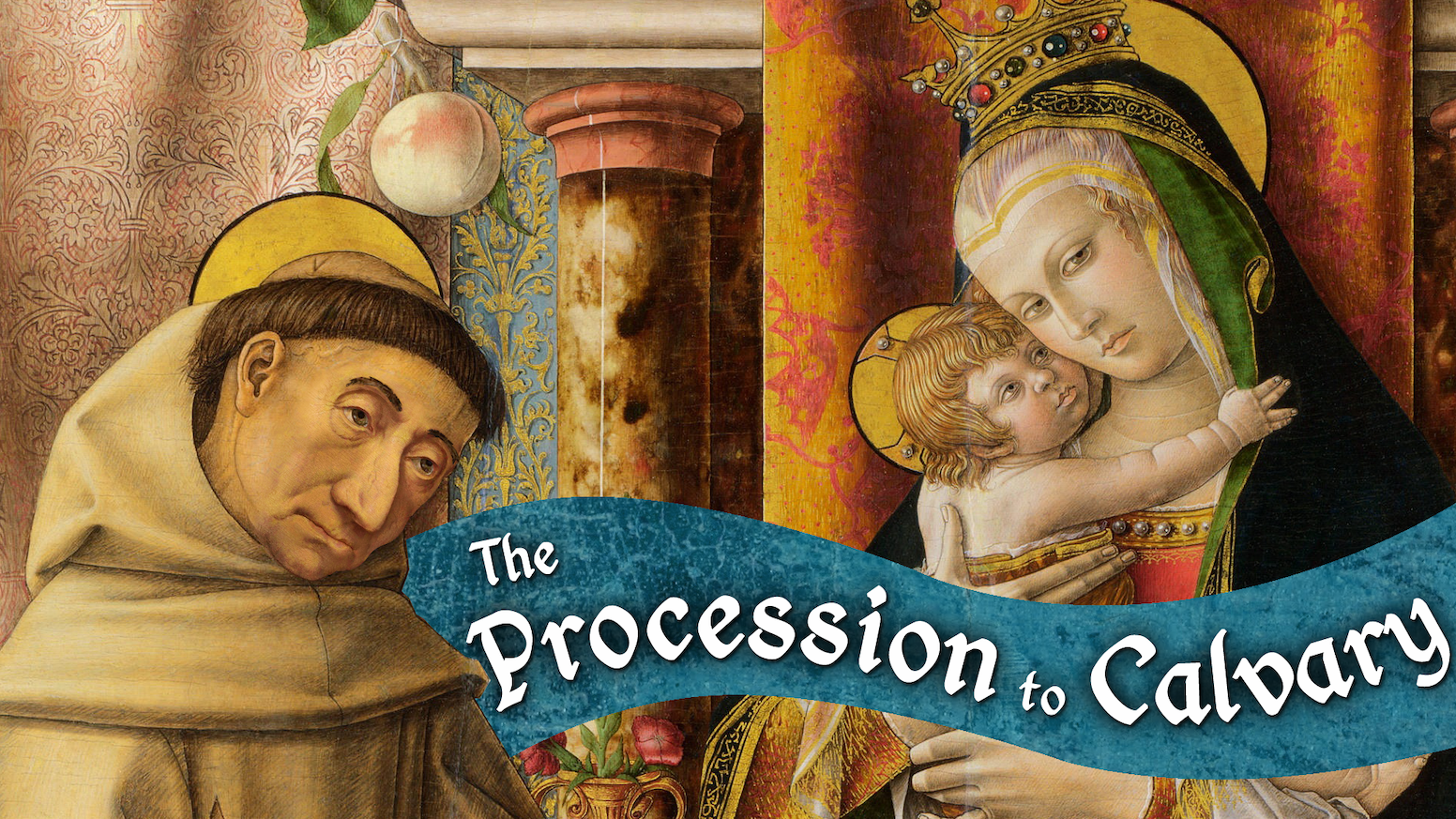 The Procession to Calvary

Under development adventure games that are worth a mention
Official Thimbleweed Park Forums powered by Discourse.