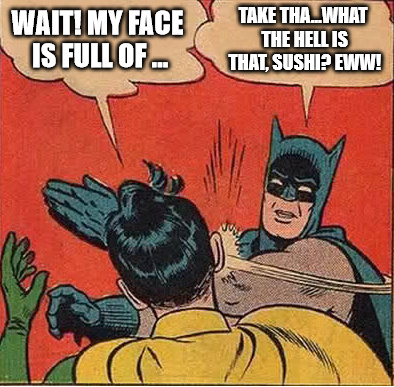 This was hard to do without doing a @yrface pun.

Hehe… more like what @tasse-tee said: “realized, criticized, synthesized”, all kinds of verbs ending in “ize/ise”

And “vorgestern”, for “the day before yesterday”.

In Finnish to do that, you’d need to continue the same logic that “toissapäivänä” (basically “in second day”, where the past tense is magically hidden in the word “second”) has, which would result as “kolmassapäivänä”, which is just nonsense…

Sorry, I’m late to this party… To my knowledge the john is called the john because of John Harington, who invented the flushable toilet he named Ajax. Mistakenly people think the john was invented by a plumber Thomas Crapper, who successfully marketed his solution, but that was 300 years after John invented the john. But people call the john also the crapper because Crapper was so successfull with his crapper.

I have (lately, for some reason) noticed that there are a lot of similar words between Italian and Finnish. Cravatta (kravatti) is one of them. Say, chitarra (kitara) is another. No wonder a song called “Olen suomalainen” (“I am a Finn”) is composed by Salvatore “Toto” Cutugno

Then there’s ieri (yesterday) and avantieri (before yesterday) or l’altroieri (the other yesterday). But no avantavantieri. We say “three days ago” in that case.

and then, there is “The day after tomorrow” that is “L’alba del giorno dopo”

Question about the game (Spoilers)

I did enjoy reading all those fancy words first thing in the morning… they made perfect sense to my half-sleeping brain.

I just remembered something from my university DB course.

Despite the fact that mandatorio is an actual Italian word, which means mandatory, it is not that commonly used. Except in the field of computer science, where we tend to use and abuse English terms (sortare, pushare, mergiare, committare, xorare and so on).

So, when our professor used the word mandatorio on her slides, she thought it was better to explain its meaning. This is what she wrote

“Mandatorio, as in the English word mandatory, which means mandatorio”.

Yep, that was a circular explanation. And no, it was not ironically intended.

“ Mandatorio , as in the English word mandatory , which means mandatorio ”.

It fits very well in programming. PHP is a recursive acronym of “PHP: Hypertext Preprocessor”.

What is the difference between me “someone” and “somebody” (if there is a difference)?

There is none, but somebody is perhaps slightly more informal.

One is you and the other one is the one we´re forced to use now because of you. 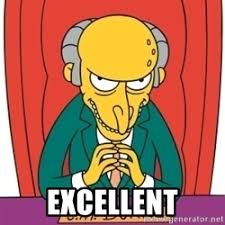 Just ask @tasse-tee. We regulary get in trouble in conversations because of you, even if you´re not there!

Someone is… erm… the word I would usually use automatically

Because it has one less syllable, I guess.

I don’t think there’s any contexts where one would be better than the other.

For me it seems that I know @tasse-tee much longer…